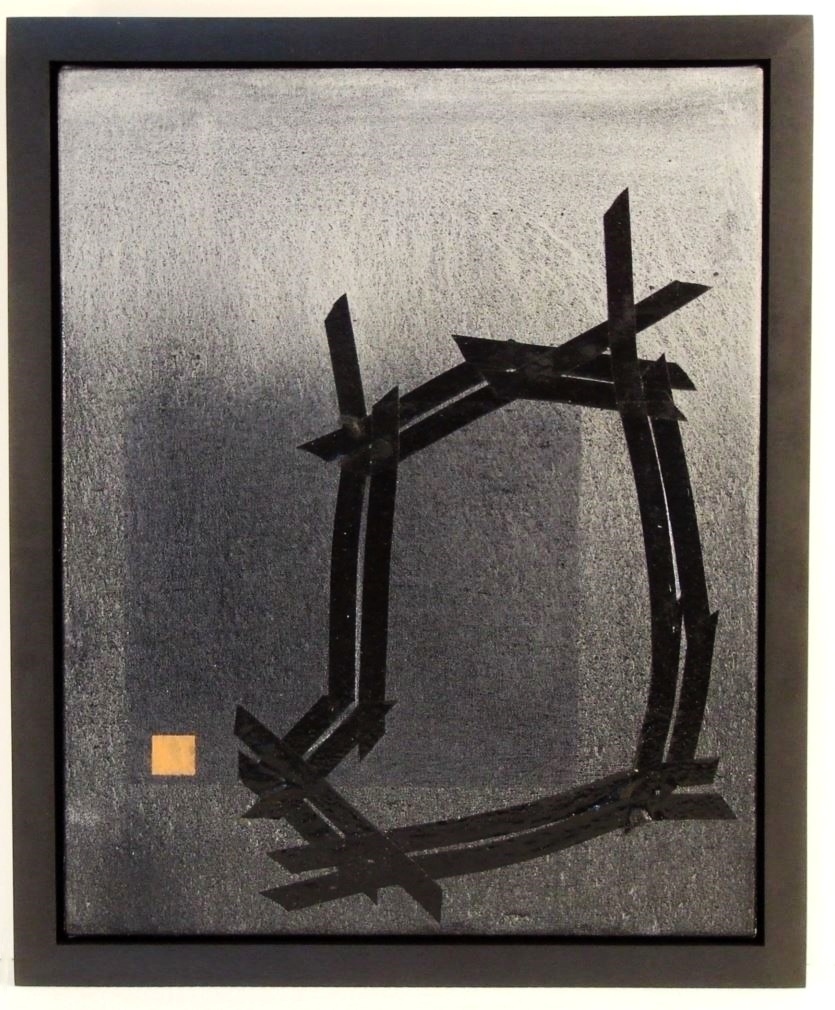 For more information on artwork or artist contact the gallery

His works vacillate between abstraction and figuration, between surface work and collage, between the sensuality of painting and the materiality of prefabricated elements, between geometry and spontaneous movement.

Through the association and collision of multiple perspectives and the deployment of overlapping technical approaches, he explores the basic, fundamental duality between background and foreground.

His images and compositions are deconstructed and reconstructed, creating contradictory but stimulating and coherently finished works.

Trevor Kiernander was born in Mississauga, Canada in 1975 and currently resides in Montreal, Quebec. Installed in London, England between 2007 and 2014, he exhibited across the United Kingdom and participated in several projects and exhibitions in Germany, Russia, the United States, Canada and Morocco.

During his formative years from 1996 to 2010, he built a solid artistic base at Sheridan College in Oakville, Ontario and obtained a Diploma in Illustration and Interpretation in 2000. He graduated with a Bachelor of Fine Arts arts from Concordia University in 2006 and a master’s degree from Godsmiths College, University of London in 2009. Since his return to Montreal in 2014, he continues to paint full time and his production is distributed nationally and internationally.

In the places where he resides, Trevor Kiernander is an active member of the artistic community. Co-founder in London of the self-managed artist center “ShopAt34”, he was also a member of Peer Sessions, a monthly critical gathering and support network for post-graduate artists, facilitating critical and theoretical dialogue on their artistic practices. Trevor was also involved in The Woodmill, a self-directed workshop supply park, functioning as a space for critical and practical development.

In 2017, Trevor was selected for a residency at the Vermont Studio Center and will participate in the international art program in Leipzig, for a four-month residency starting in November.