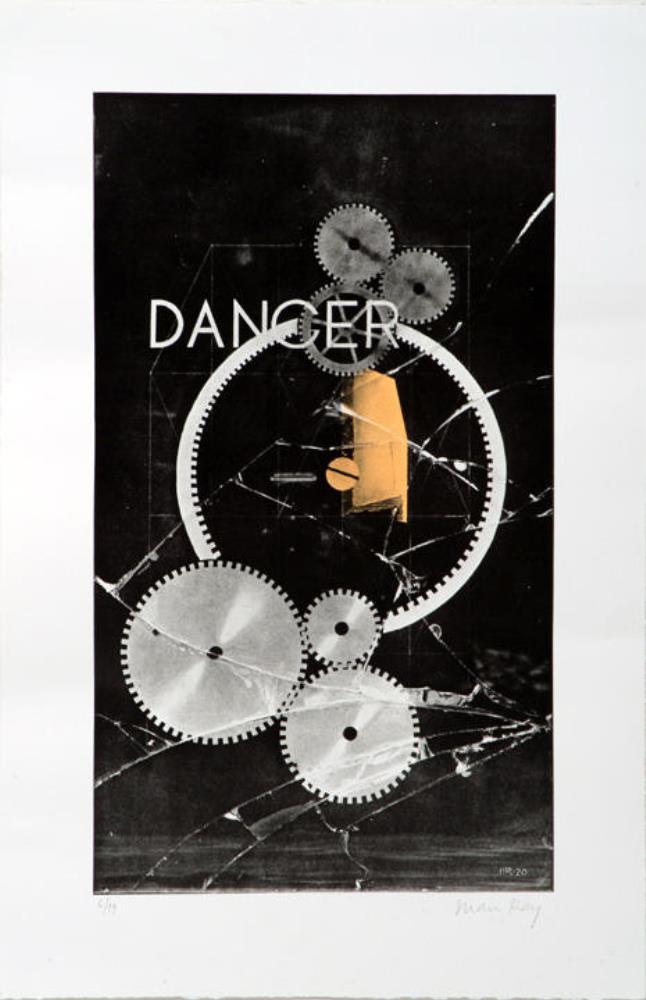 Lithographic color print on paper signed on lower right in pencil by the artist and numbered in pencil on the lower left. Also monogrammed in the plate. One of a limited edition of 99 signed and numbered lithographs.

!!!Note: The lithographic print titled “Dancer-Danger” by Man Ray, created in 1972, is inspired by an earlier artwork created in 1920. It’s an airbrush painting on glass that is now in the collection of the Centre Pompidou in Paris.  The work was exhibited in 1920 in the gallery of the Société Anonyme, that with Walter Arensberg and Marcel Duchamp Man Ray founded in Philadelphia; it appears at the first Parisian exhibition of the artist, Librairie Six, in December 1921 (where it is titled L’Impossibilité and dated 1917-1920), then at the exhibition “Man Ray paintings and Objects of the Islands”, Gallery surrealist, March 26-April 10, 1926, then to the “Exposition internationale du Surrealisme”, gallery of the Beaux-Arts, in January-February 1938, etc.

That’s to say the importance of the work and immediately recognized , which was bought by André Breton and remained until the end of his life in his studio-office in the Rue Fontaine.