Aquatint in color on paper by Alain Jacquet – Untiled 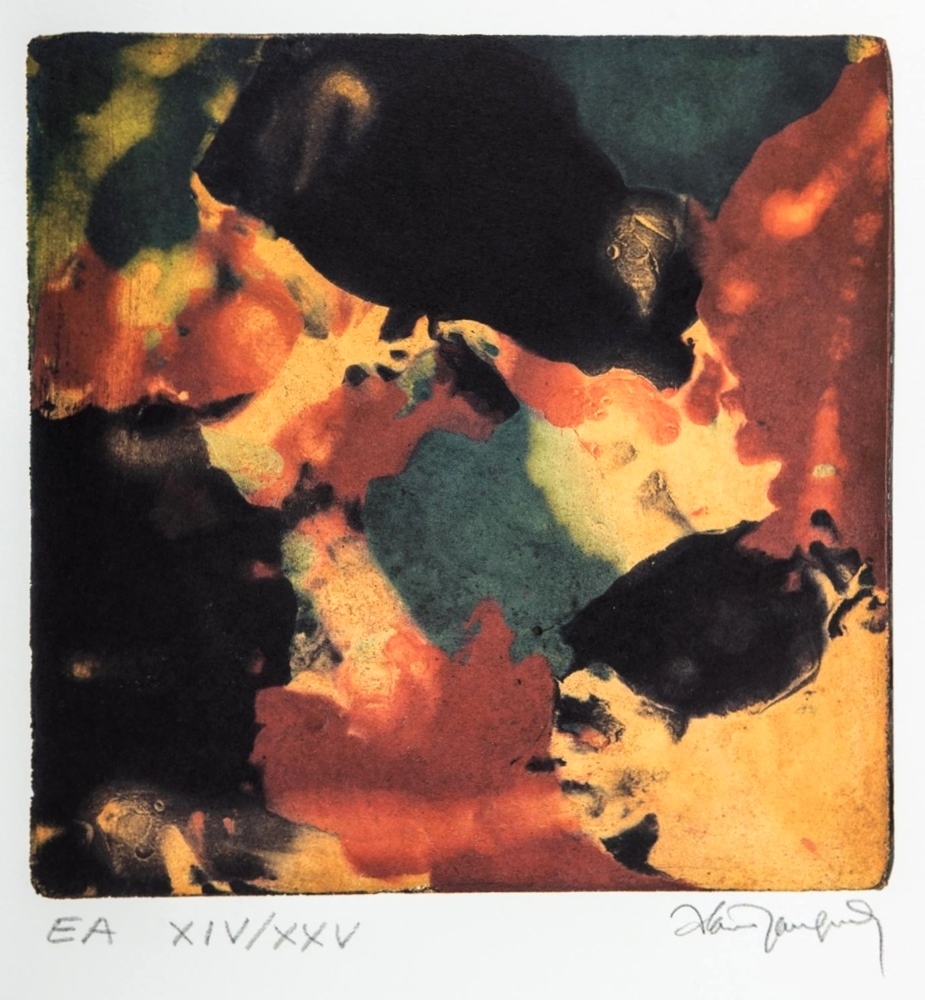 Original limited edition fine art print by Alain Jacquet; untitled, year of creation is not known to the gallery.

Alain Jacquet was born on February 22, 1939 in Neuilly-sur-Seine and died on September 4, 2008 in New York. He was a French artist representative of the Nouvelle figuration or Figuration narrative and linked to the American Pop Art movement. From the 1960s on, he was notably known for his introduction of the pop art in France.

Alain Jacquet is one of the three sons of Raymond Jacquet, prefect of Calvados in early 1960’s. His brothers are the sculptor Bertrand Jacquet and the prefect Nicolas Jacquet.

Before devoting himself to painting, Alain Jacquet entered the School of Fine Arts in architecture at Grenoble and attended the École nationale supérieure des beaux-arts in Paris. It was after two years of study that he devoted himself to painting.

His first solo exhibition took place in 1961 at the Breteau Gallery in Paris.

He took part in the Paris Biennale in 1961 and 1965, in the Biennale of San Marino in 1965 and in the fourth documenta in Kassel in 1968. In 1964 he traveled to New York for the first time and became acquainted with Andy Warhol and Roy Lichtenstein.  In the early 1960s he was co-founder of the group Mec’art (mechanical art).

He is passionate about pop art, but finds himself marginalized. This movement, initially British in the 1950s, spread to the United States ten years later. He was not recognized in America at first being very far from the New Realism in vogue and marginalized in France because he wishes to apply an aesthetic representative of America of the 1960s.

In a series of camouflage paintings, he often used motifs from older, very famous paintings, such as in this case from the painting The Birth of Venus by Sandro Botticelli.

Jacquet also borrowed the form of Manet’s Luncheon on the Grass, which itself had referred to the 1515 engraving The Judgment of Paris by Raimondi and The Pastoral Concert ca. 1510, by Giorgione or Titian in the Louvre, in a series of 95 identical serigraphy’s: portraying the art critic Pierre Restany and the painter Mario Schifano, one of which was left in the lobby of the hotel Chelsea in New York City for payment of his room.

He was a professor at the École nationale supérieure des arts décoratifs and was married to Sophie Matisse, a grandchild of the French painter Henri Matisse.

He died in Manhattan in 2008 from esophageal cancer.

AA-Graphic arts Intaglio printing
Aquatint etching in color on paper by Kittie Bruneau – Titled: Unicorn, 1973
Acrylic on canvas by Steve Haes – Titled: Into the eyes circa 2008