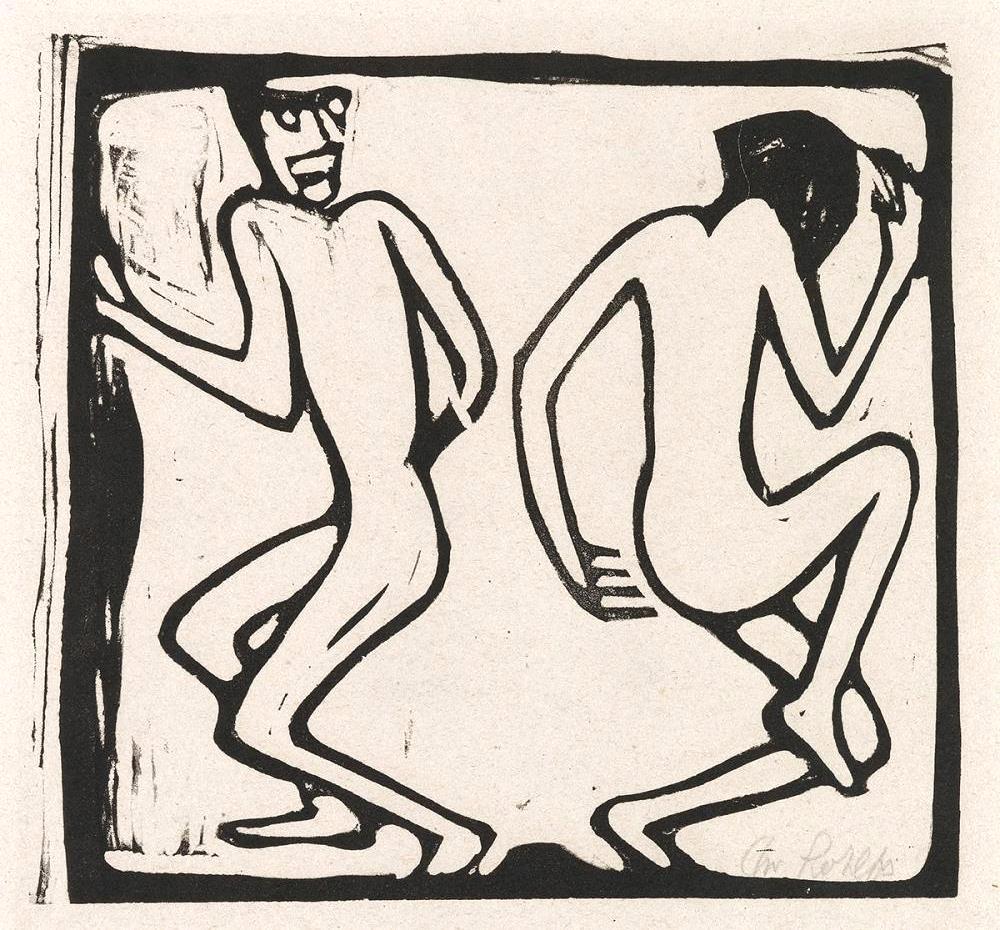 Woodcut on cream wove paper signed in pencil by the artist on lower right. One impression of a scarce limited edition of 100 woodcuts

Price: For more information on artwork, artist or on shipping and pricing contact gallery.

Christian Rohlfs wasorn on November 22, 1849 and died on January 8, 1938. He was a German painter and one of the important representatives of German expressionism.

He was born in Gross Niendorf, Kreis Segeberg in Northern Germany. He took up painting as a teenager while convalescing from an infection that was eventually to lead to the amputation of a leg in 1874.

He began his formal artistic education in Berlin, before transferring, in 1870, to the Weimar Academy. Initially he painted large-scale landscapes, working through a variety of academic, naturalist, Impressionist, and Post-Impressionist styles. In 1901 left Weimar for Hagen, where the collector Karl Ernst Osthaus had offered him a studio in the modern art museum he was setting up there. Meetings with Edvard Munch and Emil Nolde and the experience of seeing the works of Vincent van Gogh inspired him to move towards the expressionist style, in which he would work for the rest of his career.

In 1908, at the age of 60, he made his first prints after seeing an exhibition of works by the expressionist group Die Brücke. He went on to make 185 in total, almost all woodcuts or linocuts.

He lived in Munich and Tyrol from 1910 till 1912, before returning to Hagen. In 1929 the town of Hagen opened a Christian Rohlfs Museum.

In 1937 the Nazis expelled him from the Prussian Academy of Arts, condemned his work as degenerate, and removed his works from public collections.