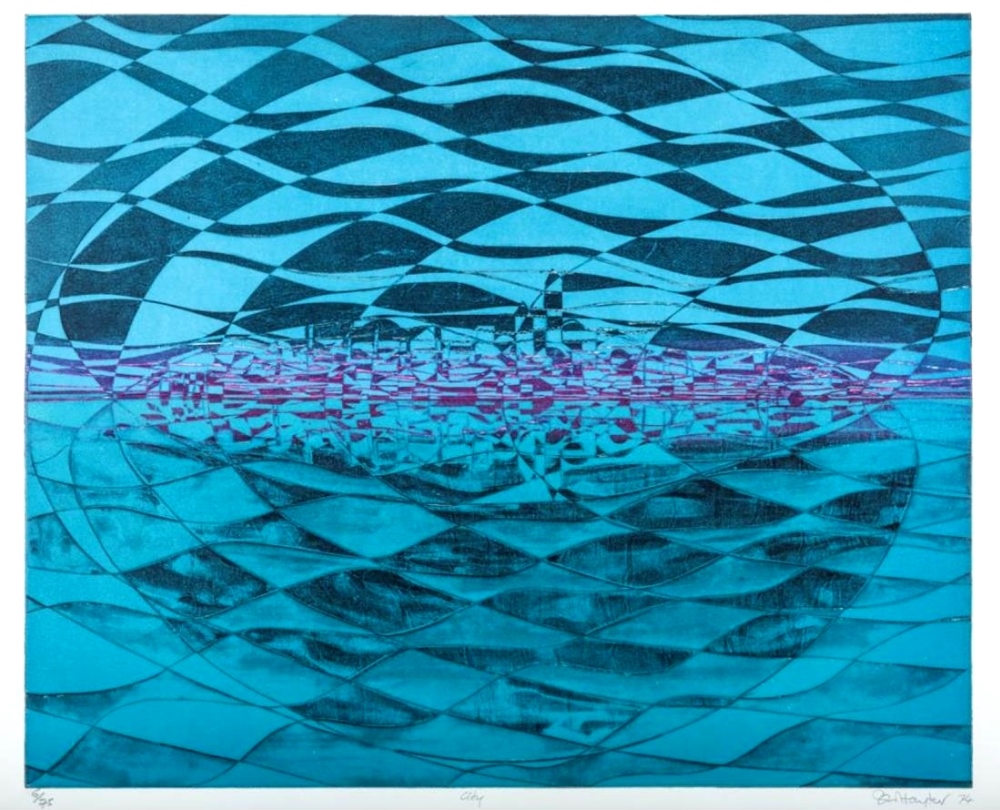 Soft-ground etching in colors on paper signed and dated in pencil by the artist on lower right also titled in lower middle and numbered on lower left in pencil. One of an edition on 75 signed, numbered and titled etchings.

!!!Note: Soft-ground etching is a method of etching that produces prints characterized by softness of line or a grainy texture. The waxy ground used to coat the plate is softer and stickier than in normal etching, so that it adheres to anything pressed into it.

Stanley William Hayter was born on December 27, 1901 and died on May 4, 1988. He was an English painter and printmaker associated in the 1930s with Surrealism and from 1940 onward with Abstract Expressionism. Regarded as one of the most significant printmakers of the 20th century; Hayter founded the legendary Atelier 17 studio in Paris in 1927. Since his death in 1988, it has been known as Atelier Contrepoint.

He is noted for his innovative work in the development of viscosity printing (a process that exploits varying viscosities of oil-based inks to lay three or more colors on a single intaglio plate).