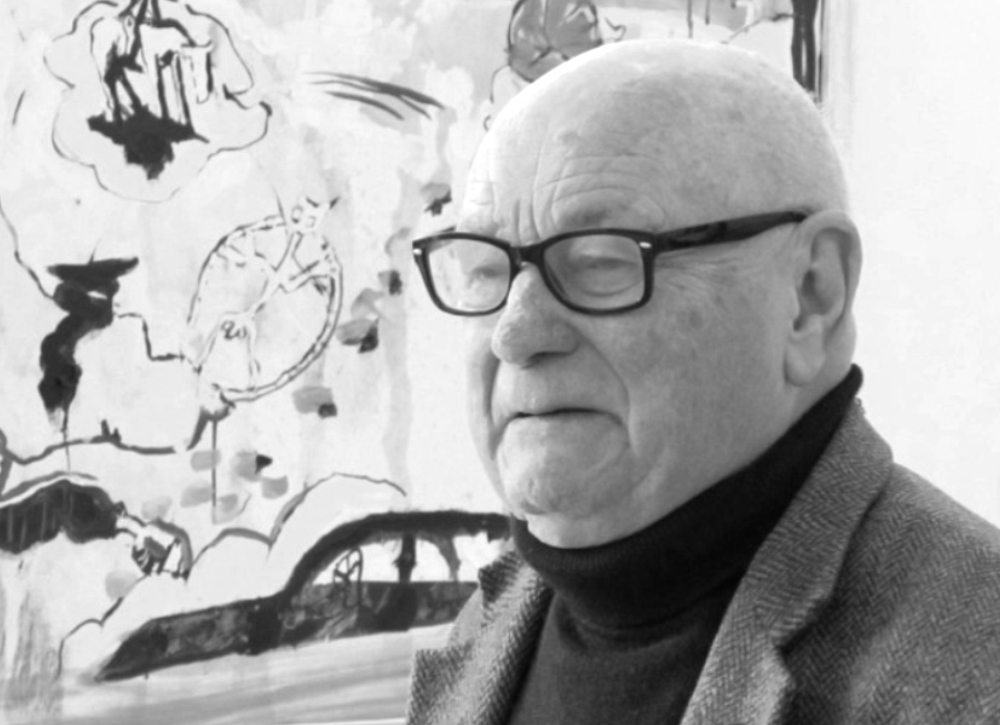 Photography of Ysbrant during an exhibition in Italy

The artist, Ysbrant Van Wijngaarden , who is known under the name Ysbrant or Ysbrant 17, was born in 1937 in The Hague.

He studied at the Central School of Arts and Crafts in London; Schule des Sehens, Salzburg and at the Beaux-Arts in Antwerp.

Influenced by artists like Kandinsky and Beckmann he develops from the late seventies on a style of painting that is characterized by densely painted, almost chaotic canvases of large format.

Figurative and abstract fragments braid it in a collage-like manner together into swirling compositions, which despite its complexity, we discover a deliberate construction.

He does not care about plans: only the interplay of different forms separates them from each other. The foreground fades into the background; they are all the less separated as neither light nor shadow intervenes: it is the touches of silver or gold that take the place of luminosity when the color in which they are set becomes shadow. Each canvas is treated in a major shade which makes it a sort of monochrome and unifies people and things even more to the point of creating, at first glance, the illusion of ‘abstraction or a simple baroque decoration.

The theme, since there is one, is the spectacle and the women. As night painter, he finds his favorite places in movie theatres, cabarets, there where artificial light reigns, but also in biblical stories. Considered ‘’Expressionist’’, he is in the line of Beckmann.

Lithography in colors on paper by Ysbrant – Untitled