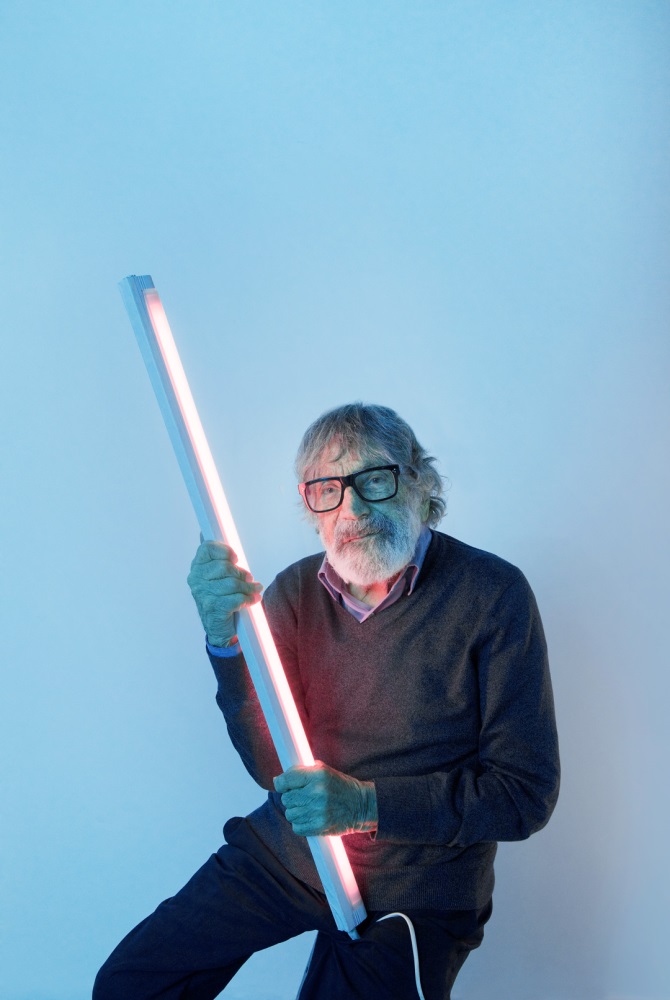 Photography of Carlos Cruz-Diez – Playing with light and optical effects …

“In my works, color appears and disappears during the dialogue that is generated between space and real time. At the same time, it is clear that the information acquired, like the knowledge memorized during our life experience, is probably not correct – at least partially. It is also possible that thanks to color, approached through an elementary vision devoid of pre-established meanings, we can awaken other sensitive apprehension mechanisms more subtle and complete than was supposed by culture conditioning and the mass information of contemporary societies ”, Carlos Cruz-Diez, Paris, 1969

Carlos Cruz-Diez was born on August 17, 1923 in Caracas and died recently in Paris on July, 27 2019 He is a Venezuelan kinetic and op artist. He lived in Paris and has spent his professional career working and teaching between both Paris and Caracas. His work is represented in museums and public art sites internationally.

In 1957, he returned to Venezuela and worked at his studio, Estudio de Artes Visuales, and started investigating the role of color in kinetic art. He also worked as a graphic designer for the Education Ministry publications, Caracas. During 1958-1960, he served as the Assistant Director and Professor at the Caracas School of Fine Arts. During 1959-60, he also taught Typography and Graphic Design at the School of Journalism, Central University of Venezuela, Caracas. From 1965 on, Cruz-Diez works at the Centre culturel Noroit, Arras, France, as a graphic designer.

During 1972-73, he taught Kinetic Techniques at the École nationale supérieure des Beaux-Arts, Paris and at the Unité d’enseignement et de recherche. From 1973 to 1980, he served as a member of the jury for diploma of École nationale supérieure des Beaux-Arts. From 1986 to 1993, he was the Titular Professor and Director of the Art Unit of the Institute of Advanced Studies (IDEA) at Caracas.

In 2005, his family created the Cruz-Diez Foundation dedicated to the conservation, development, dissemination and investigation of the artistic and conceptual heritage of the artist.

Color theorist, he developed the latest conceptual advances. His research, based on three chromatic situations: subtractive, additive and reflected, allowed a new cognitive approach to the phenomenon of color, considerably amplifying its field of perception. Cruz ‐ Diez apprehends color as an autonomous reality, devoid of anecdote, evolving in real space and time, without past or future, in a perpetual present. In his works, color becomes a reality which can exist without recourse to a form or a support.

See an artwork by Carlos Cruz-Diez.