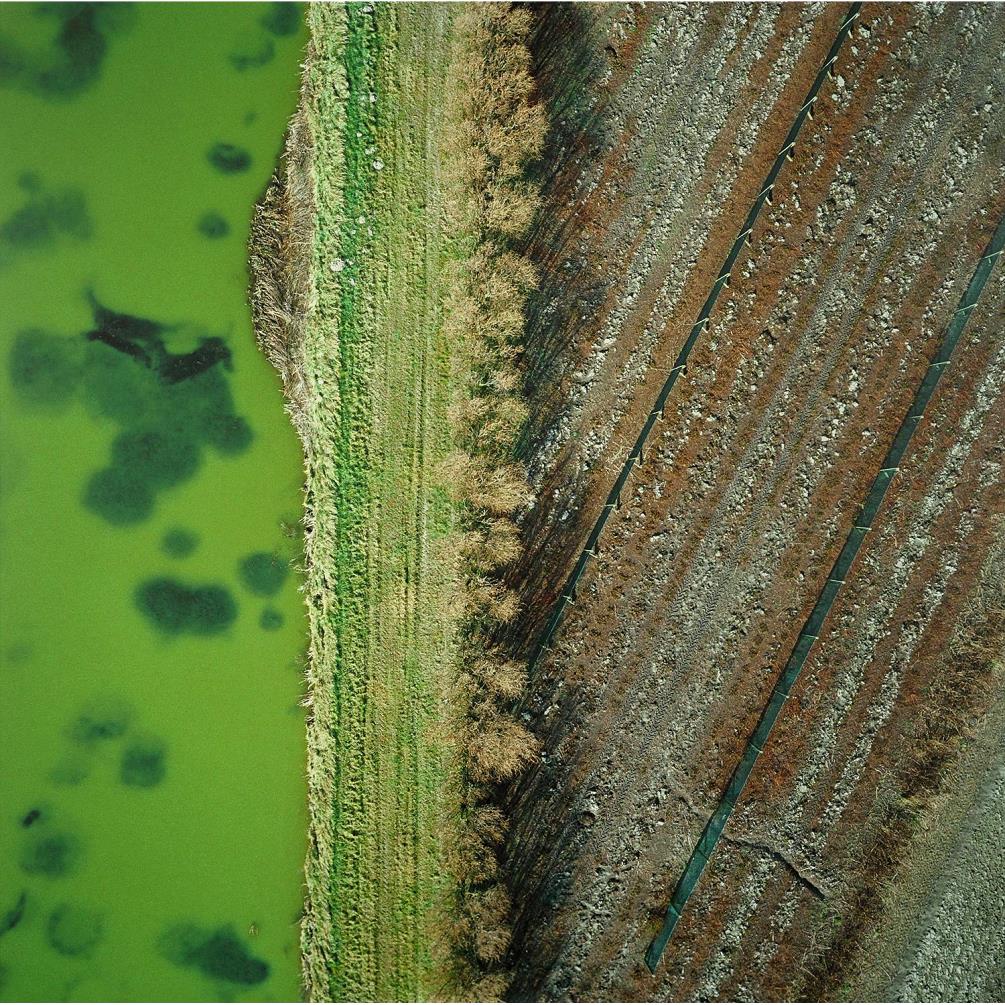 Ultra-chrome photo on dibond signed, numbered and dated on the reverse. One from an edition of 5 AP (Artist proofs)

Since the second half of the eighties, artist-photographer Gerco de Ruijter, born in Vianen in 1961, has been investigating the landscape. By attaching his camera to kites, balloons and rods, he visualises the world from points of view that deviate from our usual perspective. In De Ruijter’s enigmatic and almost abstract landscapes, the human scale competes with nature and recognition goes hand in hand with alienation. In his photography the traditional landscape image takes on a new dimension.

Art photography
Digital artwork with collage and digital graffiti by Yoantra – Titled: L’apocalypse, 2021
Woodcut in color on paper by Asger Jorn – Titled: The future of the past, 1971