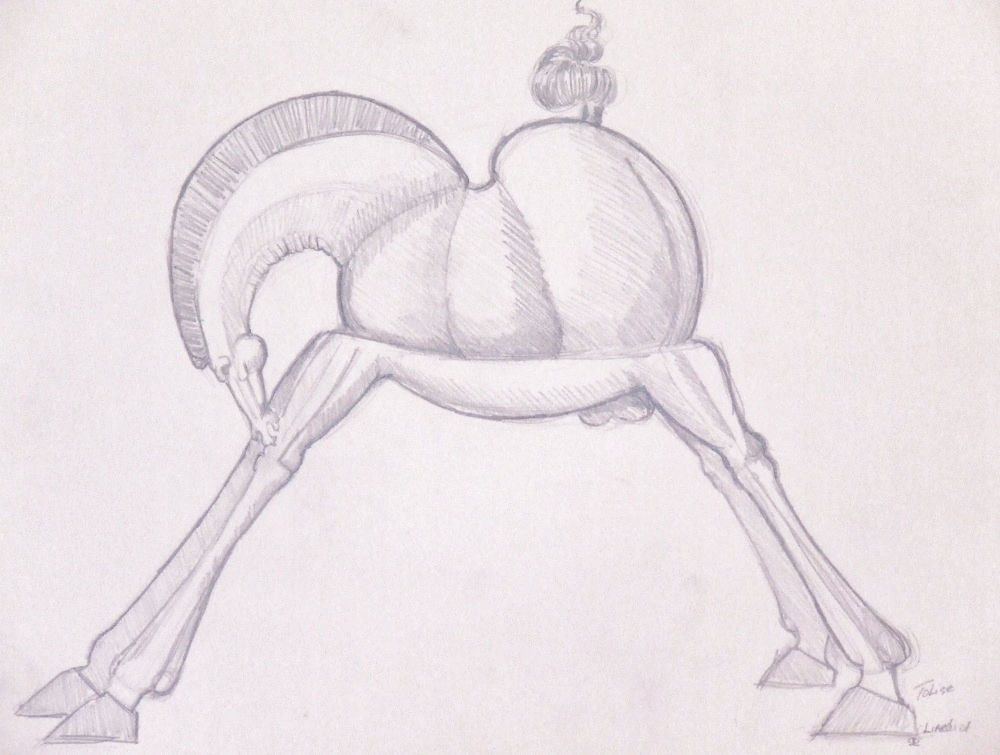 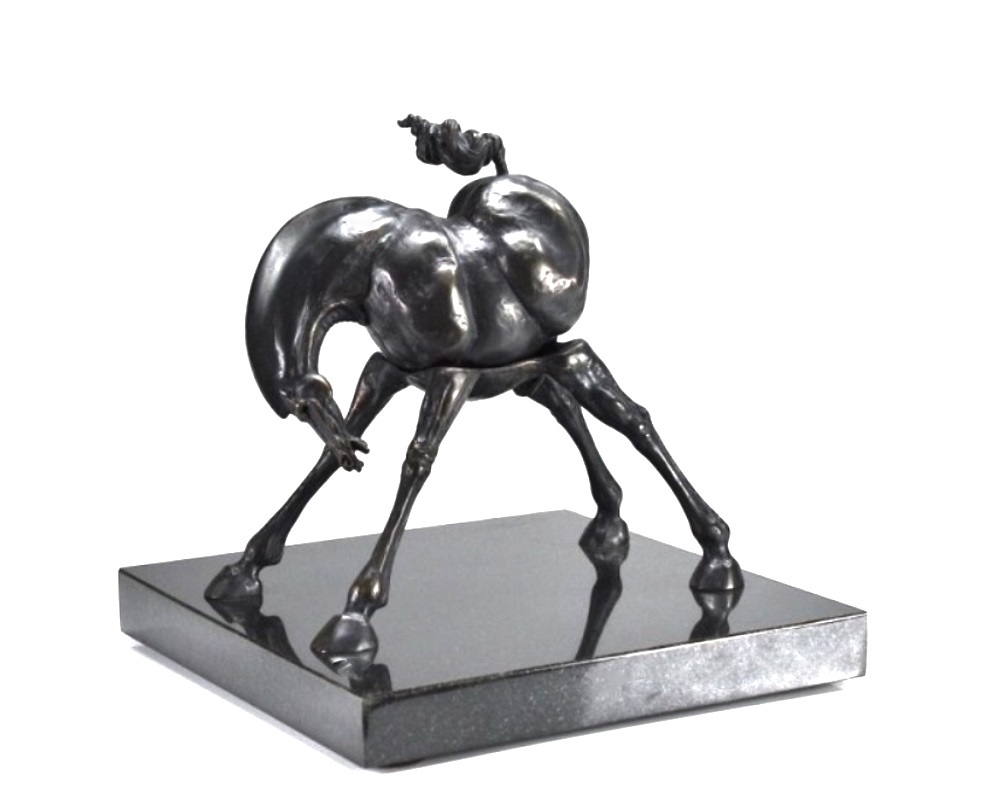 This drawing is a study for a sculpture called Iron Horse.

Donald Liardi is born in Oceanside, Long Island, New York in 1951. He was very young when he became interested in art and passionate in sculpture. He graduated with a bachelor in Fine Arts in sculpture from Syracuse University for Fine Arts in 1973. Later in 1976, Don continued his studies at the École de Beaux Arts in Geneva, Switzerland.

By the 1980, he settled in Canada and has exhibited his work throughout Canada, Europe and America. His sculptures, which are primarily in bronze, are expressive and have exaggerated human and animal forms, inspired by ancient Greek and roman art. His sense of humour and play are demonstrated in each sculpture, his figures remind acrobats, Nymph’s and athletes.