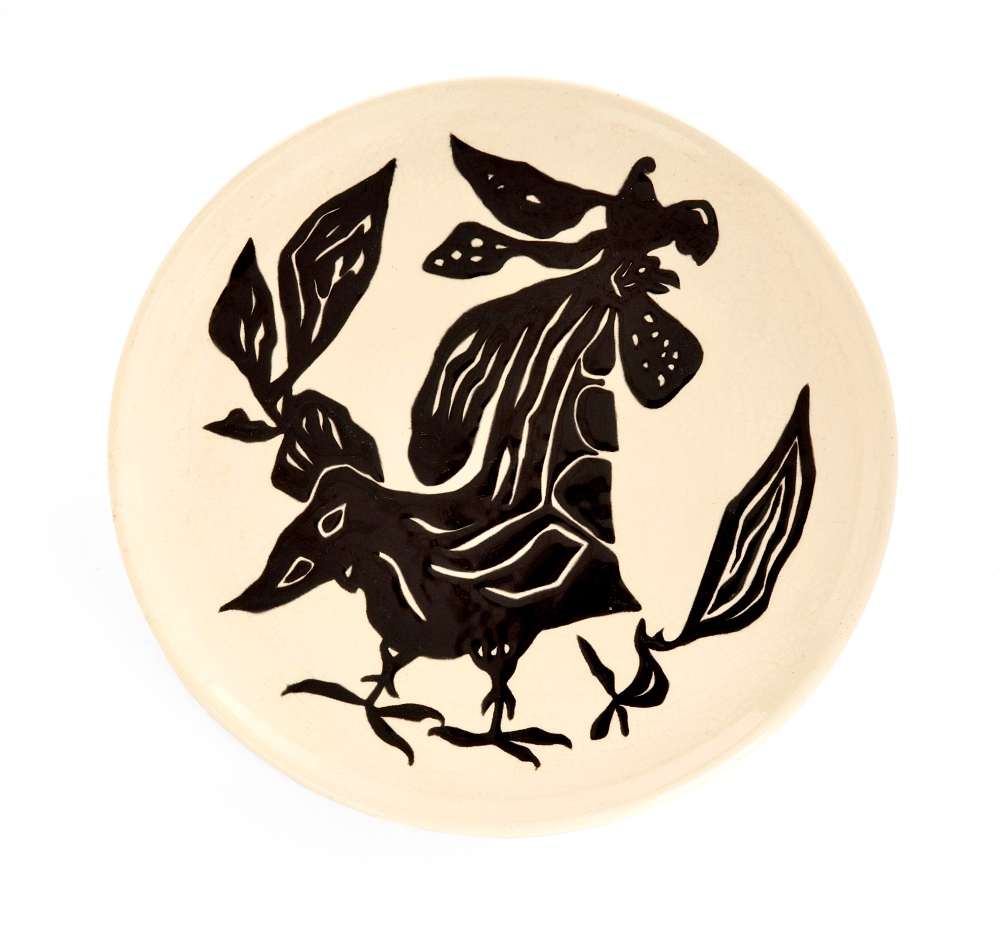 Large circular plate in enamelled earthenware on a black and white cream crackled background decorated with a rooster on the back signed with enamelled signature of the artist and marked: