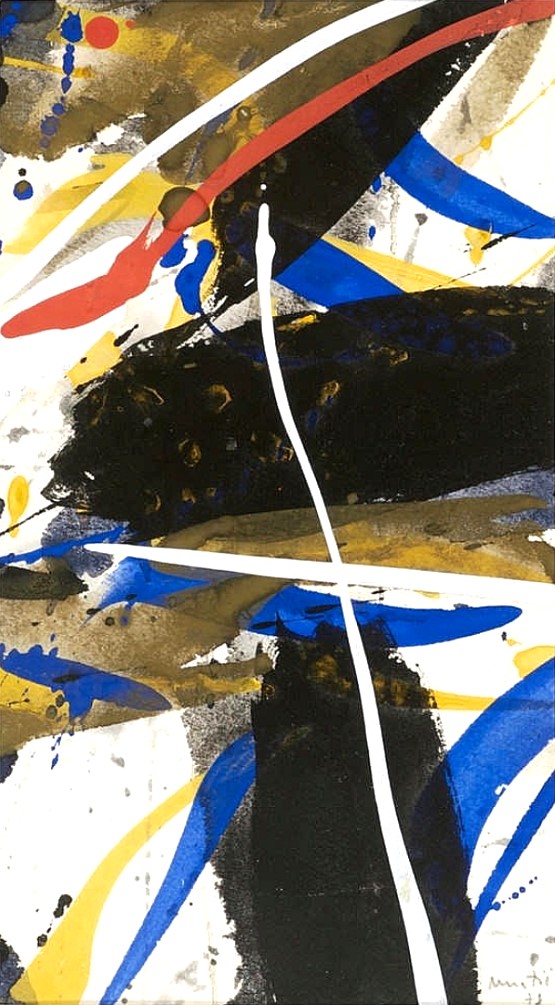 Mixed media on cardboard signed and dated in pencil on lower right.

Edo Murtić was born on May, 4, 1921 in Velika Pisanica near Bjelovar, Croatia and died on January, 2, 2005 in Zagreb. He was a painter from Croatia, best known for his lyrical abstraction and abstract expressionism style. He worked in a variety of media, including oil painting, gouache, graphic design, ceramics, mosaics, murals and theatrical set design.

Murtić travelled and exhibited extensively in Europe and North America, gaining international recognition for his work, which can be found in museums, galleries and private collections worldwide. He was one of the founders of the group “March” (Mart) in 1956, and received many international awards. In 1958 Murtić participated in the three biggest events in the world of contemporary art: the Venice Biennale, the Carnegie Prize in Pittsburgh, and Documenta in Kassel. Interest in the art of Edo Murtić continues to grow, with retrospective exhibits in major museums.

He was the second child of Vinko and Franciska Murtić. Early in his childhood, the family moved to Zagreb where Murtić received his education. He attended Craft School 1935–39, studying under Edo Kovačević, Kamilo Tompa and Ernest Tomašević. His first exhibition was held in 1935 at the Royal High School in Zagreb.

In 1939, Murtić enrolled in the Academy of Fine Arts in Zagreb under Ljubo Babić and Krsto Hegedušić. During 1940 he attended classes given by Petar Dobrović in Belgrade returning to Zagreb in 1941 to complete his studies at the academy.

In the spring of 1944, Murtić joined the liberation forces, where he worked designing graphics, posters, and books. In the years following the war, Murtić began to travel and exhibit extensively. In 1951 he spent time in the U.S. and Canada, where he encountered the abstract expressionism movement.