Lithography in color on paper by Alberto Magnelli – Untitled 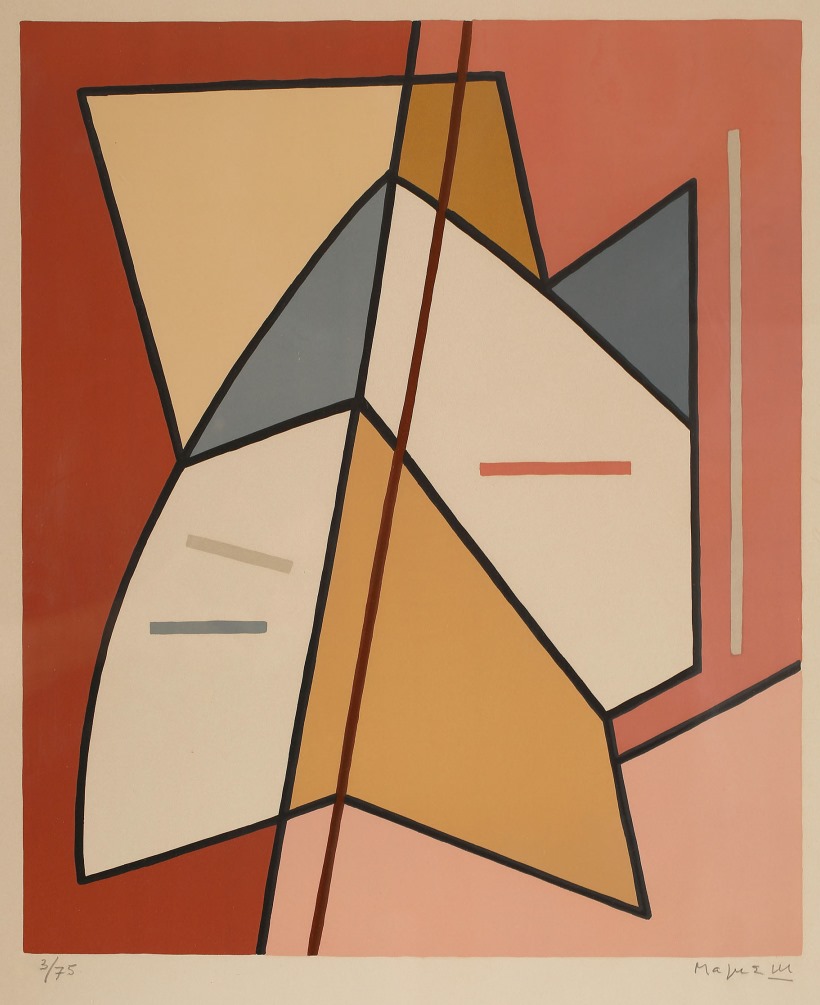 Lithography in color on paper signed in pencil by the artist on lower right and numbered in pencil on lower left. One of an edition of 75 numbered and signed lithographs.

Alberto Magnelli was born in Florence on July 1, 1888 and died on April 20, 1971. He was an Italian modern painter who was a significant figure in the post war Concrete art movement.

In 1907 he started painting and despite lacking formal art education, he was established enough by 1909, to be included in the Venice Biennale.  His initial works were in a Fauvist style although Magnelli joined the Florentine avant-garde befriending futurist’s artists as Ardengo Soffici and Gino Severini. He also visited Paris where he met Guillaume Apollinaire and the Cubists including Pablo Picasso, Fernand Léger, and Alexander Archipenko. By 1915 had adopted an abstract style incorporating cubist and futurist elements.

Over the next few years Magnelli returned to figurative work and drifted away from the Italian avant-garde, which was becoming more supportive of Fascism, which he opposed.

By 1931 he had returned to abstraction in the form of concrete art featuring geometric shapes and overlapping planes. He moved to Paris, where he joined the Abstraction-Création group and became friends with Wassily Kandinsky, Jean Arp and Sophie Taeuber.

Following the invasion of France by the Nazis, Magnelli and his future wife, Susi Gerson, went to live in Grasse with several other artists including the Arps. Some of the group, including the family Gerson, were Jewish so they were forced to hide. Despite this, the group was able to produce a number of collaborative works.

After the Second World War, Magnelli returned to Paris which was to be his home for the rest of his life. He became a major figure in the post war concrete art movement and influenced artists such as Victor Vasarely, Nicolas de Staël as well as the concrete artists in South America such as Hélio Oiticica.

He again exhibited at the Venice Biennale, this time with a whole room entirely dedicated to him. Major galleries organised retrospectives of his work.

A first retrospective of the work of Alberto Magnelli was presented in 1947 at the René Drouin gallery, others would follow in 1954 in Brussels, in 1955 at the Eindhoven museum and at the Antibes museum in 1955. The most beautiful collection permanent exhibition of his works is in the castle-museum of Vallauris, France.