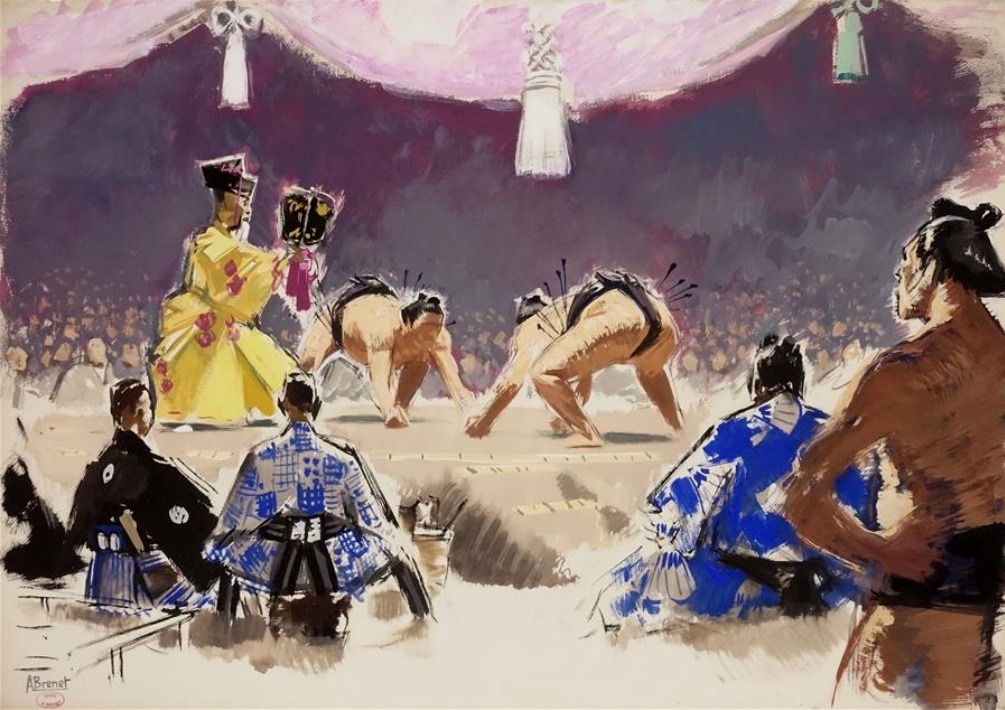 Gouache on paper signed on lower left and with his studio stamp underneath.

Albert Brenet born June 25, 1903 in Harfleur and died July 4, 2005 in Paris. He is a French painter, poster artist, sculptor and illustrator.

Albert Brenet crisscrosses the seas of the world on various ships making sketches, oil paintings, gouaches of ships, ports but also scenes from the life of crews. He always paints on the spot. He is as interested in landscapes as in street scenes or people. He follows the news and is interested in the technological developments of his time. He takes advantage of his embarkation on Navy ships to paint the countries where he stops.

In 1952, he spent six months in Japan, a country he had dreamed of visiting since his childhood. This stay is an important step in his artistic career. Japan increases his taste for beautiful harmonies of colors and he reaches the top of his art in the use of reds and yellows. He is also very inspired by Japanese ideograms. In 1958, he made a long trip to the United States, which he drove from New York to Los Angeles.