Etching and aquatint in color on Arches wove paper by Francis Bacon – Portrait of Michel Leiris, 1976 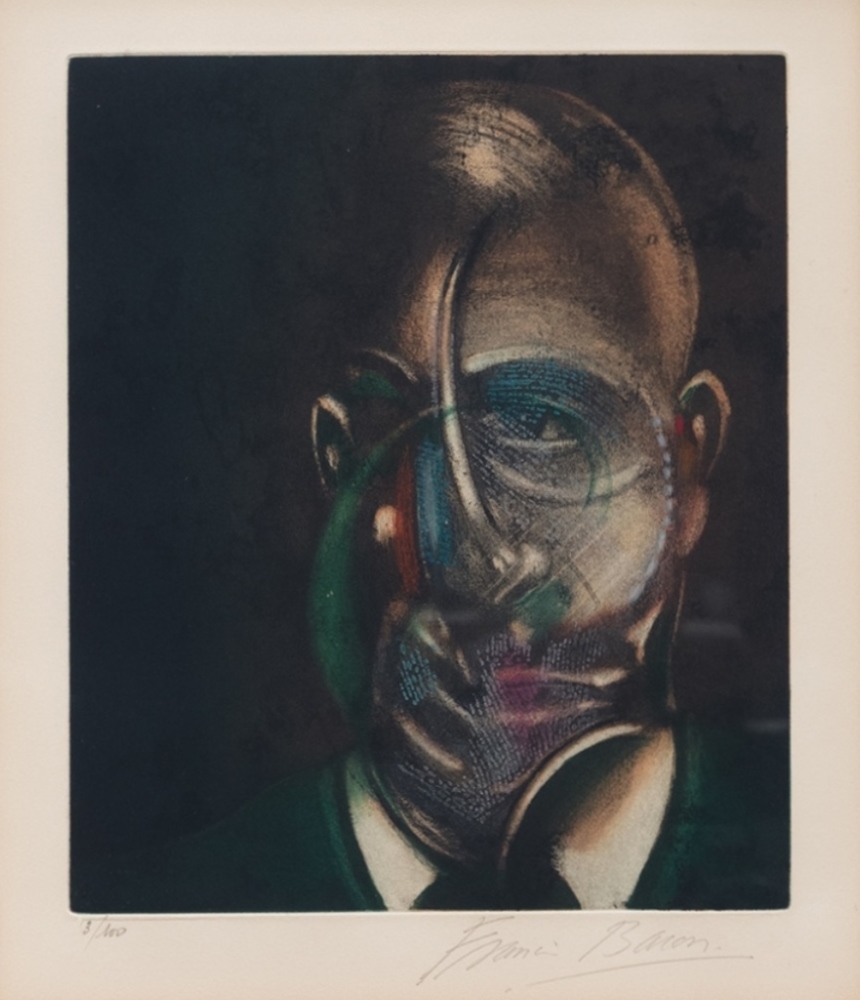 !!!Note: Julien Michel Leiris said Michel Leiris was born on April 20, 1901 in Paris and died on September 30, 1990 in Saint-Hilaire, Essonne, France. He was a French surrealist writer and ethnographer. Part of the Surrealist group in Paris, Leiris became a key member of the College of Sociology with Georges Bataille and head of research in ethnography at the CNRS

Francis Bacon was born October 28, 1909 in Dublin and died April 28, 1992 in Madrid. He is a British painter renowned for his triptychs, one of which is the most expensive in the world, Three Studies by Lucian Freud.

Painter of violence, cruelty and tragedy, his mind is haunted, according to his words, by the verse of Aeschylus “the odor of human blood never leaves my eyes”.

Bacon’s work is deployed in large triptychs depicting his life, his friends, his admiration for Diego Vélasquez, Vincent van Gogh or Pablo Picasso, or in tortured portraits, as if folded in the texture of the canvas, of his friends Michel Leiris and Mick Jagger.