Acrylic on canvas by Claude Tousignant – Titled: Once upon a time there was an orange, 1964 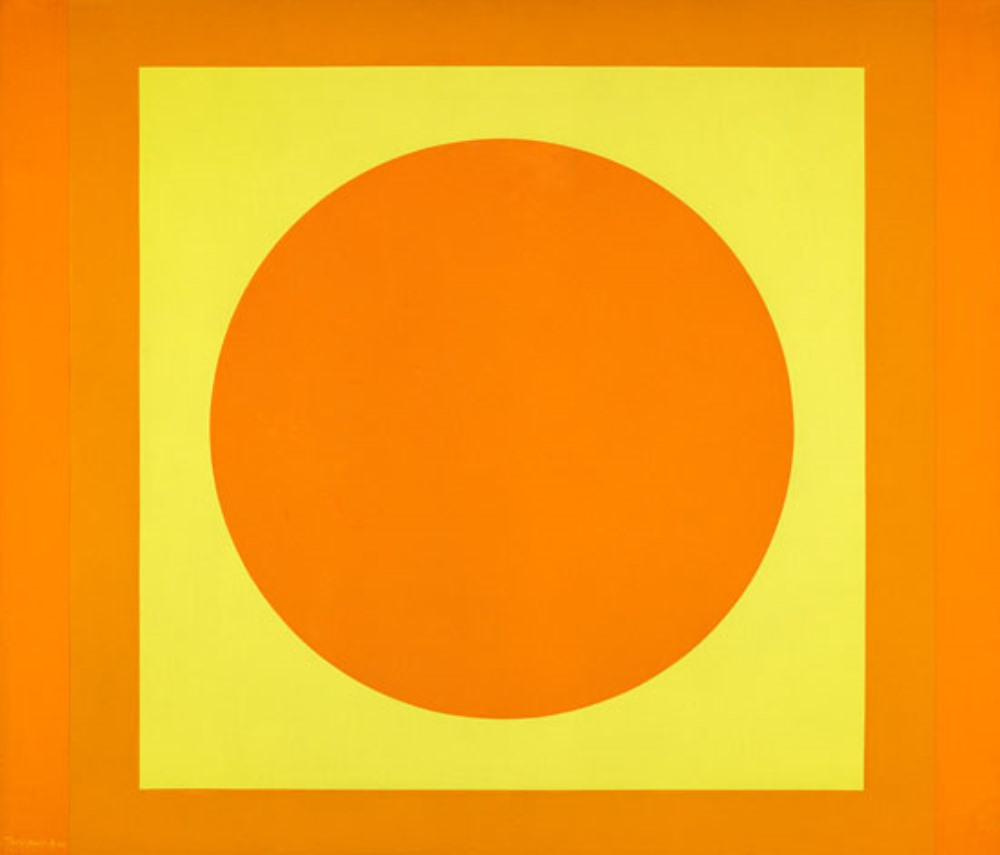 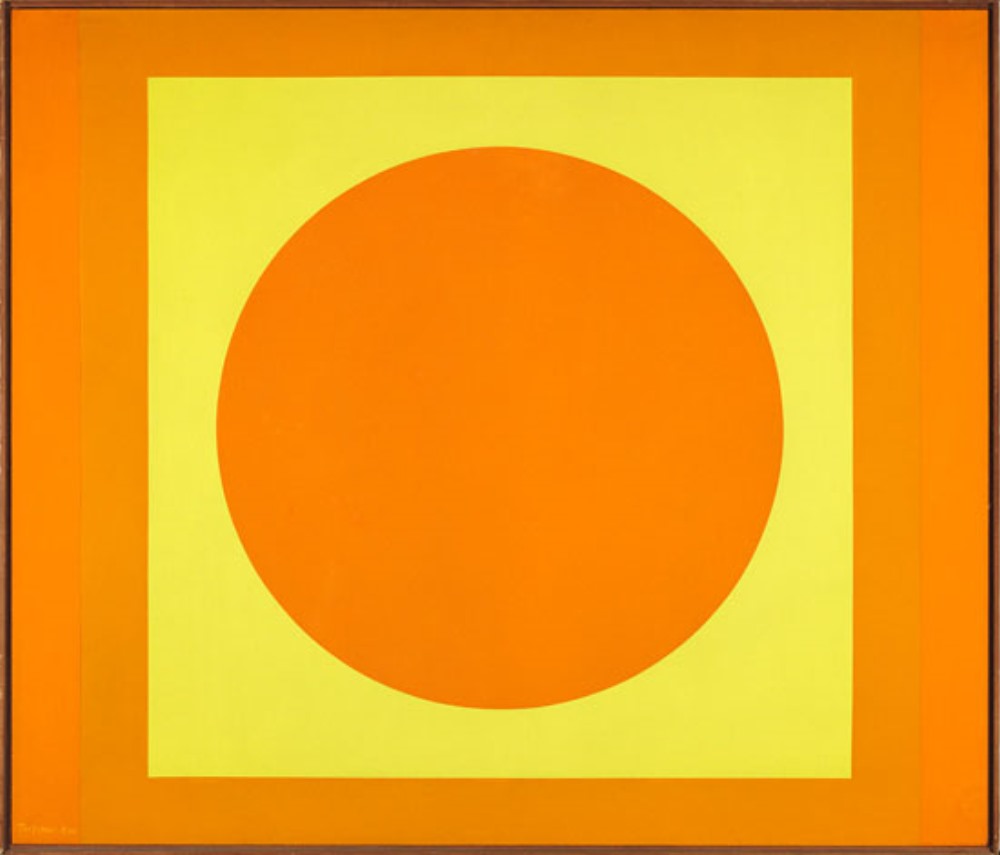 Original artwork by Claude Tousignant – Titled: Il était une fois une orange dated 1964.(Once upon a time there was an orange)

Acrylic on canvas signed and dated at lower left corner and on verso titled on the gallery label.

Claude Tousignant was born on December 23, 1932 in Montreal, Quebec. From 1948 to1951, he attended the School of Art and Design at the Montreal Museum of Fine Arts where he studied under Arthur Lismer, Louis Archambault, Marian Scott, Jacques de Tounnancour and Gordon Webber. He then travelled to Paris where he studied at the Académie Ranson, returning to Montreal in the spring of 1953.

Tousignant is considered a member of the second generation of the modern art movement in Montreal called “les Plasticiens”. This group of four painters ; Jean-Paul Jérôme, Louis Belzile, Rodolphe de Repentigny and Fernand Toupin,  felt painting should be pure of form and colour; meaning that spontaneous expressions were to be avoided in.

In 1962, Tousignant introduced the form of the circle, which would become his signature motif, into his geometric paintings.

There is no human form, no object, and no more complex contour. He wants geometric shapes as well as pure colors. His work masterfully reflects this quest, to such an extent that he will be part of the second generation of Plasticiens with Guido Molinari, and later Jean Goguen and Denis Juneau. During the 1960s, he became known with several series of paintings such as Chromatic Transformers, Gongs and Chromatic Accelerators.

Finally, towards the end of the following decade, Tousignant pushed his concept to the full, having the audacity to paint monochromatic works from 1978 onwards.

Abstract Art
Chinese ink on paper by Paul-Vanier Beaulieu – Face of a man, 1953
Lithography on paper by André Lanskoy – Untitled, 1968