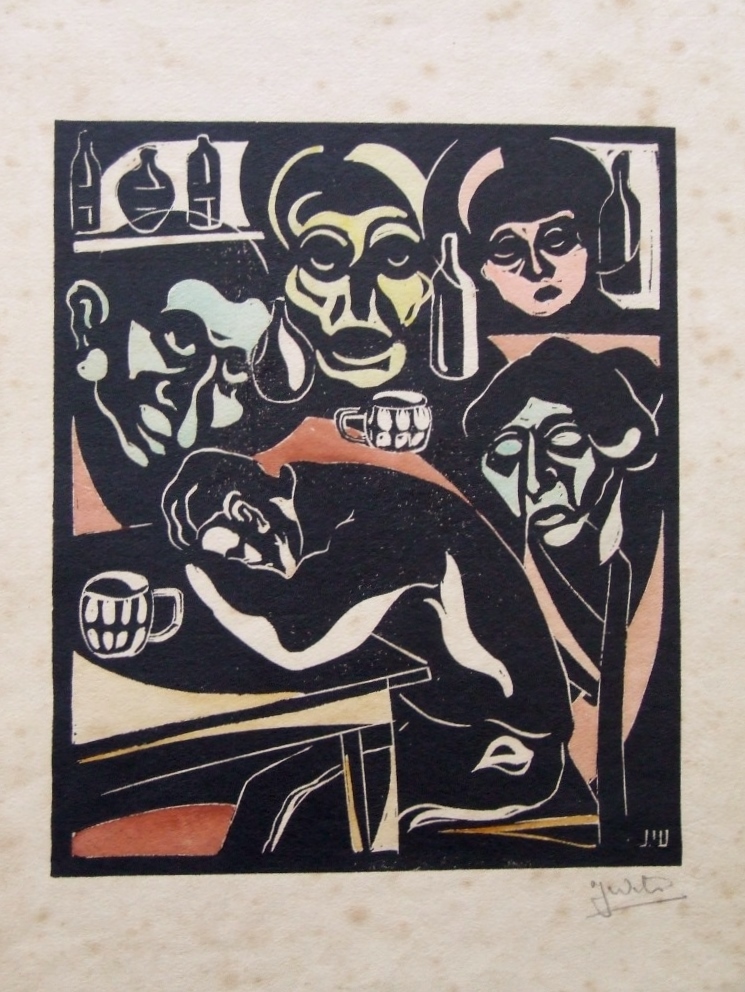 The work is taken out of the frame and is in a fair condition and sales as is.