Watercolor and ink wash on paper by Paul Daxhelet – The meal of the lionesses. 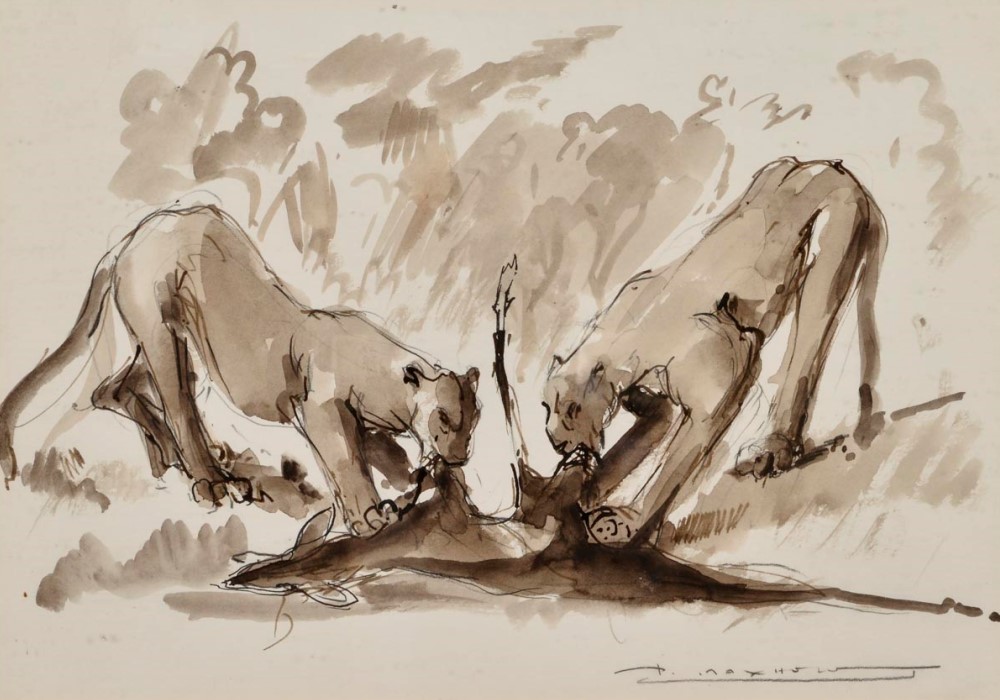 Original artwork on paper by Paul Daxhelet: – The meal of the lionesses.

The work is not framed.

Paul Alfred Marie Daxhelet, dit Paul Daxhelet was born on November 25, 1905 in Liège and died on October 3, 1993 in the same city. He is the son of Paul Joseph Hubert Daxhelet and Louise Marie Céline Crahay.

He is a Belgian painter, draftsman, watercolorist and engraver trained at the Academy of Fine Arts in Liège with F. Maréchal, J. Ochs, Em. Berchmans and continued in the year 1926 also in Paris at the Académie Julian. He works in that period mainly in the South of France.

Paul Daxhelet began in an impressionist style and developed artworks in the 1930s where sports themes dominated, notably boxing, which the painter also practiced.

After the Second World War Daxhelet became the painter of colonial exoticism and contributed to the Orientalist movement and mainly to Africanism.