Watercolor and ink on paper by Pauline Veilleux – Face, 1980 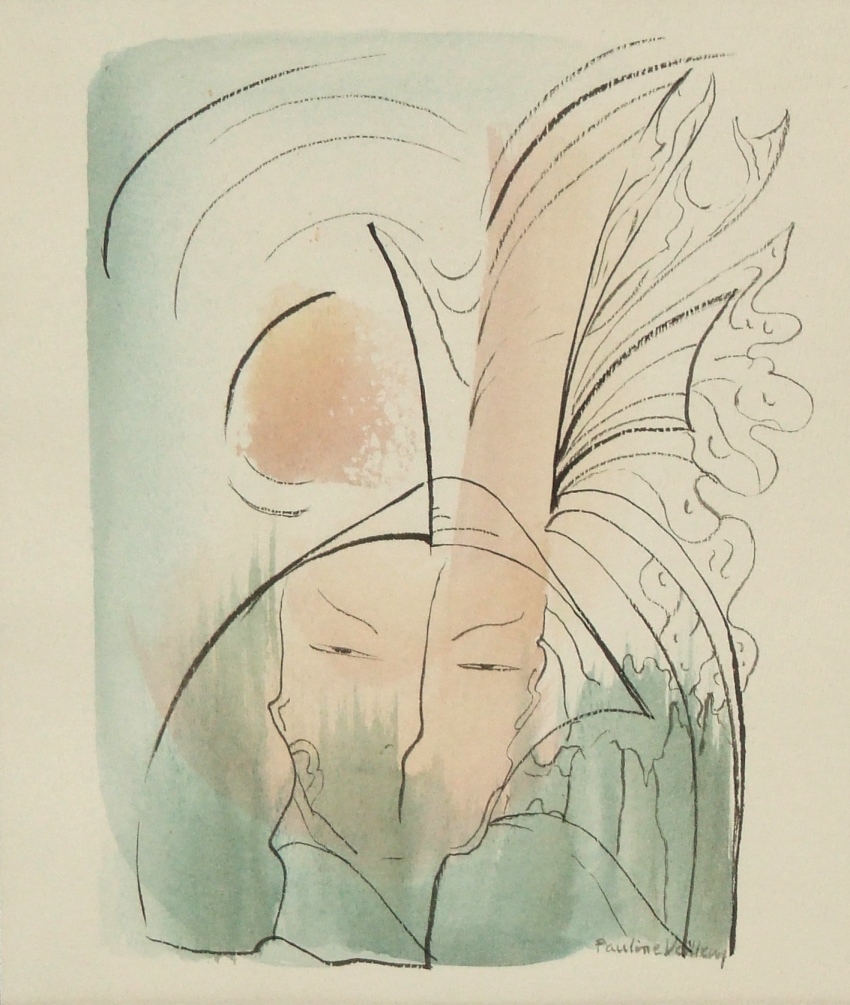 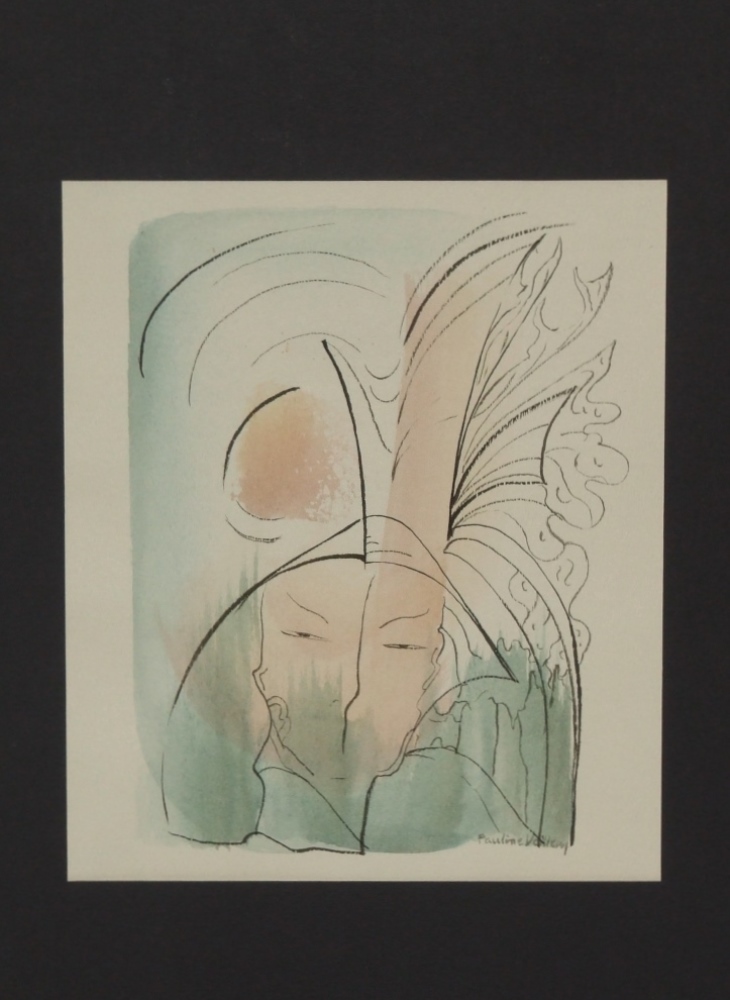 The artwork is not framed and has a black mat (mount or passepartout).

Pauline Veilleux was born on July 23, 1943 at Lac-des-Aigles, Rimouski and died in Val-David in 2017. Pauline worked with different mediums, oil, inks, pastel, Batik, watercolor, paper transfers and many mixed technique.

She studied visual arts with Louis Belzile and Pierre-Gilles Dubois and obtained a B.E.P. at UQAR in 1968; (Bac. of Vocational Teaching).

From 1968 to 1971 she worked as a rehabilitator through art with Pierre-Gilles Dubois. In 1974 she was a costume designer for theater and television, Montreal. She is visual designer at Radio-Québec in Montreal and from 1979 to 1982 as a B.E.P advisor at the Université du Québec à Rimouski.

She exploits textures such as paper, textile, canvas and wood.

At the end of the 1970s, she began experimenting with batik and became a founding member of Bonicas, an international artistic association. In 1982 Groupe art-B promotes Batik and visual art an association of four women artists, Germany, Sweden, France and Canada.

1982 – Illustration from a collection of poetry ‘Ravaudage‘’by Bernard Boucher.

From the age of 45 she became to be interested in mandalas and as a in visual arts specialist, Pauline will carry out research for over twenty years on the history, the meaning and process of the creation of mandalas.

Her artworks are the spiritual research of an artist who never stopped looking for the magic circle, the mystery; and the mystics.