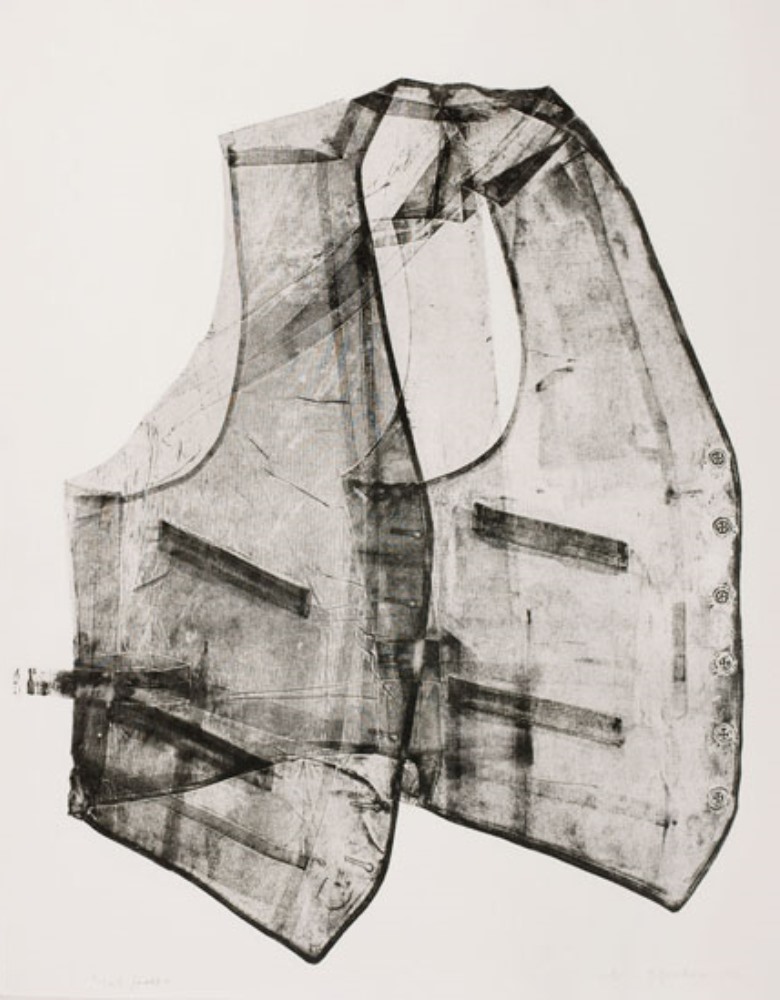 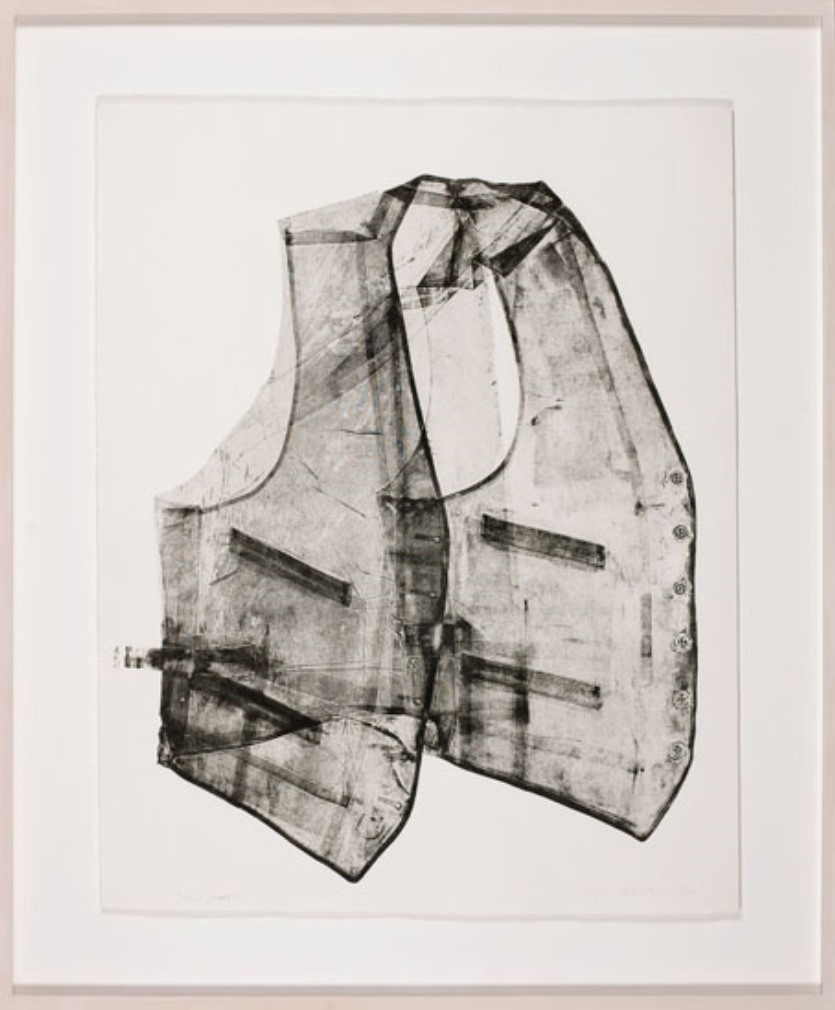 ! Note: Betty Goodwin’s very first Vest print was created in August 1969, and according to the artist it was “the true beginning of her career.” This series is extremely significant in her work and she had a deep, intimate connection to the subject as her father, who passed when she was very young, was a tailor.

Vest Two was created in January of 1970.

Betty Roodish Goodwin was born in March 19, 1923 and died in December 1, 2008 in Montreal. She was a Canadian printmaker, sculptor, painter, and installation artist.

Goodwin was born in Montreal, the only child of Romanian immigrants. She enjoyed painting and drawing as a child, and was encouraged by her mother to pursue art. Goodwin’s father, a factory owner in Montreal, died when she was nine. After graduating from high school, she studied design at Valentine’s Commercial School of Art in Montreal.

Goodwin launched her career as a painter and printmaker in the late 1940s. During the 1950s and 60s Goodwin created still life paintings. She also depicted scenes of Montreal’s Jewish Community.

Her work began to be exhibited in Montreal in the early ’60s.

In the 1960s, she enrolled in a printmaking class with Yves Gaucher at Sir George Williams University in Montreal. It was there where she began working with found objects and clothing in her prints, which brought her international attention. Goodwin represented Canada at the Tokyo International Print Biennial in 1974, and the Ljubljana Biennial of Graphic Arts in 1975. She received the Prix Paul-Émile Borduas in 1986. Goodwin again represented Canada at the São Paulo Biennial in 1989.

Goodwin used a variety of media, including collage, sculpture, printmaking, painting and drawing, assemblage and etchings. Her subject matter almost always revolves around the human form and deals with it in a highly emotional way. Many of her ideas came from clusters of photographs, objects or drawings on the walls in her studio. She also used the “germ” of ideas that are left after being erased from a work. Goodwin became interested in found objects, and how they held traces of life. She created copper plate impressions of items of clothing to produce a series of etchings, entitled Vest, which gained international attention. Goodwin created a series of wall hangings entitled Tarpaulin from 1972 to 1974, which she reworked to shape into sculptures and collages. She received the Victor Martyn Lynch-Staunton Award of the Canada Council for the Arts in 1981.

Over a period of six years beginning in 1982, Goodwin explored the human form in her drawing series Swimmers, this project used graphite, oil pastels and charcoal on translucent Mylar. The large-scale drawings depict solitary floating or sinking bodies, suspended in space. In 1986, to show the interaction of human figures she created her series Carbon using charcoal and wax to create drawings. She earned a John Simon Guggenheim Foundation Fellowship in 1988.

In 1996 Goodwin donated 150 of her works to the Art Gallery of Ontario, which has the largest collection of her work. The Gallery staged a major retrospective that year, and she was awarded the Harold Town Prize. That year she was acknowledged with an exhibition at the National Gallery of Canada, Betty Goodwin: Signs of Life.