Silkscreen on paper by May Kathleen Cardiff – Titled: From within – I 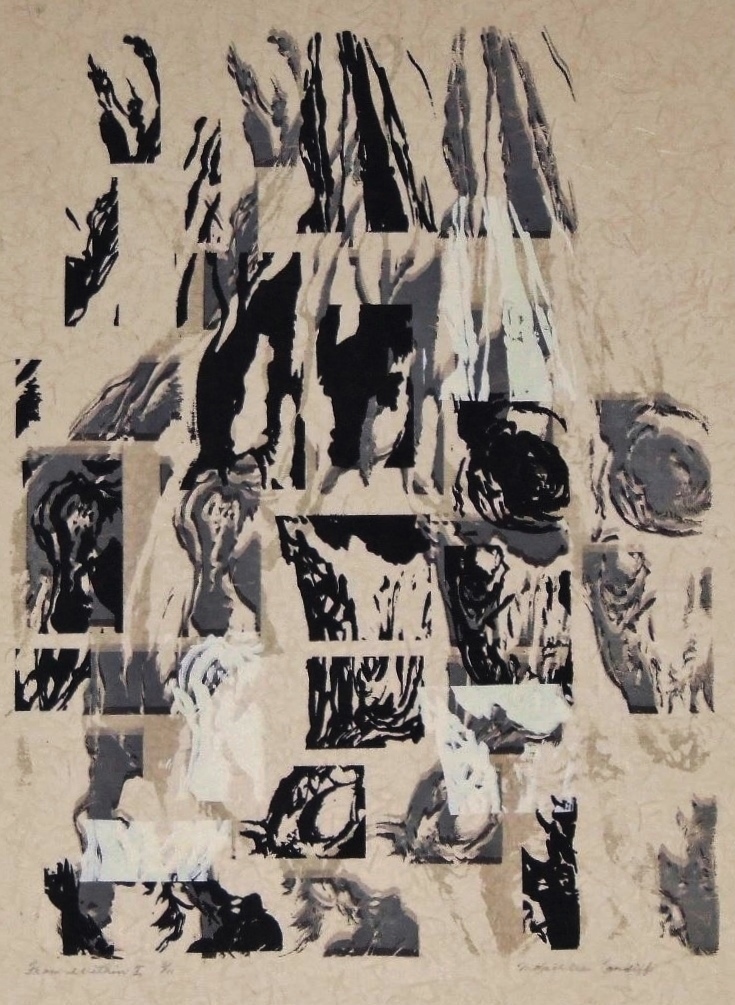 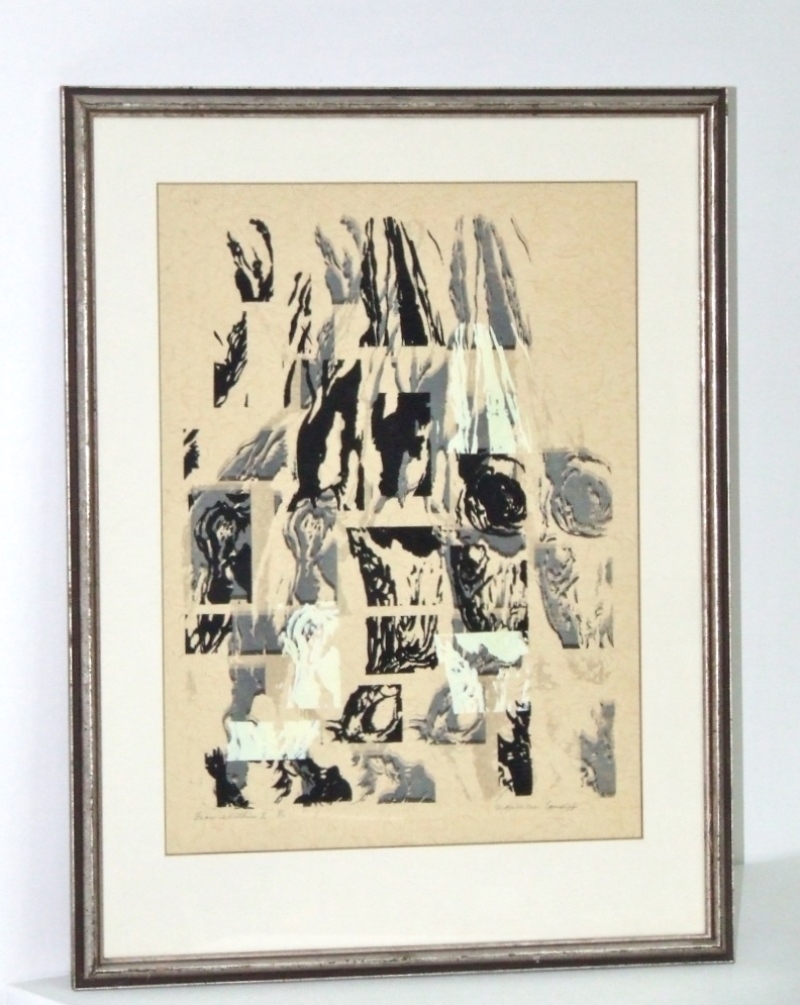 May Kathleen Cardiff is born in Edmonton Alberta in 1913.

She studied under George Weber and followed courses and classes at the Edmonton museum of Art and at the extended department of the University of Alberta from 1950 to 1952 and in 1954. May Kathleen Cardiff is an established modernist printmaker and she was surrounded with pioneers in silkscreen and serigraphy under the influences of her teacher G. Weber and Gordon Smith but also Marion Nicoll and Maxwell Bates.

Kathleen lived in Edmonton until 1959 and she started out as a Christmas card designer and printer in the early 1950s’.  She mainly used the linocut technique for her cards. In 1954 she learned to make silkscreen prints from George Weber and after a year of studies she started to experiment with the technique and made her first 4 color Christmas card which she send to her teacher. Unknown to her, Weber mated the silk print and he submitted it to the annual CPE exhibition comity and she was admitted. Cardiff continued to make and exhibit her prints in Alberta. After moving to Toronto in 1959 she became very active in the CPE. She even served as the last president from 1974 till 1976 before it was amalgamated with the CSGA.

She showed her prints mostly serigraphs and silkscreens many of them were mono-prints from the 1950’s till 1977 and then stopped making prints after creating 129 editions with a total of 1039 fine art works using all techniques of the graphic arts. Most of her work is signed M. Kathleen Cardiff.

Her art evolved from Christmas cards subjects to Canadian landscapes and then to a focus on trees. She pushed to abstraction with textures reminding bark, wood, trunks, leaves, birch and pine.

She is member of the Canadian CPE, ASA, SCPE (Society of Canadian Painters and Etchers & Engravers)

Exhibitions at the Johnson Gallery Edmonton and many other exhibitions organized by the CPE all over Canada.