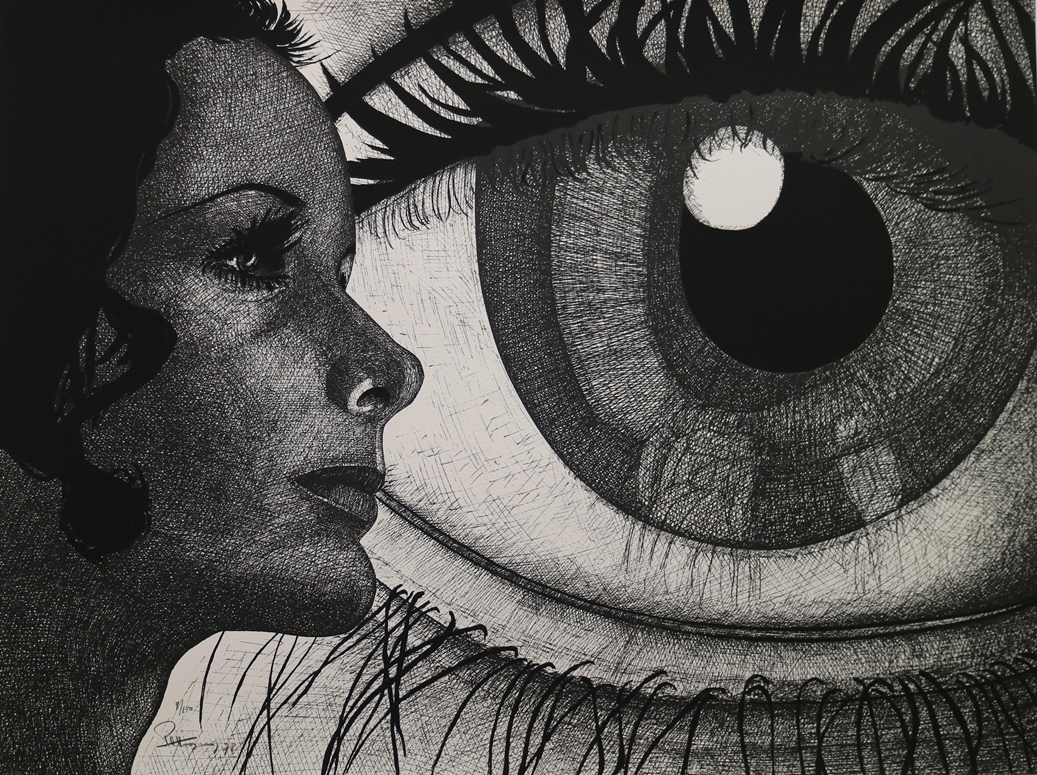 Full page bi-chrome screen print on paper signed, dated and numbered on lower left by the artist in pencil. One of an edition of 150 signed and numbered screen-prints.

Paul Van Hoeydonck is born on October, 8 1925 in Antwerp. He is a Belgian printmaker, painter, drawer, collagist and sculpture. He studied both archeology and art history in Belgium.

In 1941 he took an evening course in drawing at the Academy in Antwerp and later worked in Jos Hendrickx’s drawing studio. Van Hoeydonck graduated in art history from the Art History Institute in Antwerp, and also took courses at the Institute for Art History and Archeology in Brussels.

His first one man exhibition took place in that city in 1952. During the following years Van Hoeydonck both lived and worked in Belgium and in the United States. His art is now included in the collections of leading museums in Europe and America.

He also created “Fallen Astronaut”, an aluminium statue about 8.5 cm long that is on the Moon.

The Apollo 15 crew had agreed with Van Hoeydonck that no replicas of “Fallen Astronaut” were to be made. After mentioning the statuette during their post-flight press conference, the National Air and Space Museum contacted the crew asking for a replica made for the museum. The crew agreed under the condition that it was to be displayed with good taste and without publicity. Van Hoeydonck was contacted to make that replica.

In 1964 Van Hoeydonck was a participant in documenta III in Kassel with some relief works made of lacquered wood.

In 1967 an artwork titled, Spaceman was acquired by the Royal Museum of Fine Arts in Antwerp.

In 1971 Paul Van Hoeydonck was commissioned to create a work of art for the next Apollo 15 mission to the moon.

From 2013 to 2014 Paul van Hoeydonck exhibited entitled, Natural History in Gembloux at Agro-Bio Tech facilities a department of the University of Liège.

Paul van Hoeydonck received an honorary doctorate from the University of Liège during the start of the academic year on Wednesday September 26, 2012.