Oil on paper by Jean Miotte – Untitled circa 1990 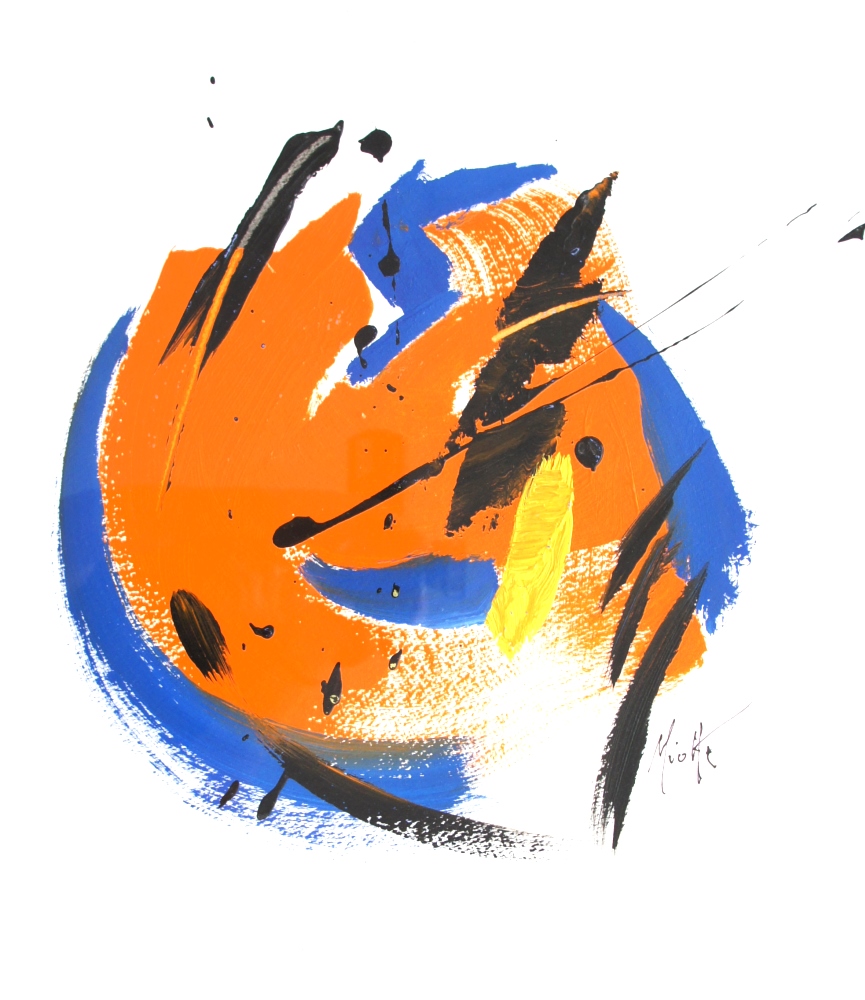 Original artwork on paper by Jean Miotte – Untitled circa 1990

His abstraction places him on the border between informal art, tachism and lyrical abstraction.

After studying mathematics, he decided to devote himself to painting. He painted his first paintings from nature and imaginative compositions in 1945 and as early as 1947; he began to visit the workshops of Montparnasse and especially those of Othon Friesz and Ossip Zadkine.

He exhibited for the first time at the Salon des Réalités Nouvelles in 1953, a show in which he will then participate every year. From 1957, lyrical spontaneity and his gushing signature override his formal research and everything became movement. At one point he explored monochrome, but as early as 1959 he made a return to polychrome compositions with a great acquired dynamism that is so typical of his personal abstraction.

From 1962, he tends towards a more descriptive graphics. He accentuates the contrasts and widens the space in his pictorial work.

In 1976, he adopted gouache, Kraft collage and news-print. He also made some sculptures and experimented with the graphic arts.

The Jean Miotte Foundation opened in New York in 2002, with a permanent collection of his works and were his work is preserved and studied by the Foundation and in the collections of museums including: MoMA and the Guggenheim in New York, Musée d’Art Moderne de Paris and Haus der Kunst in Munich