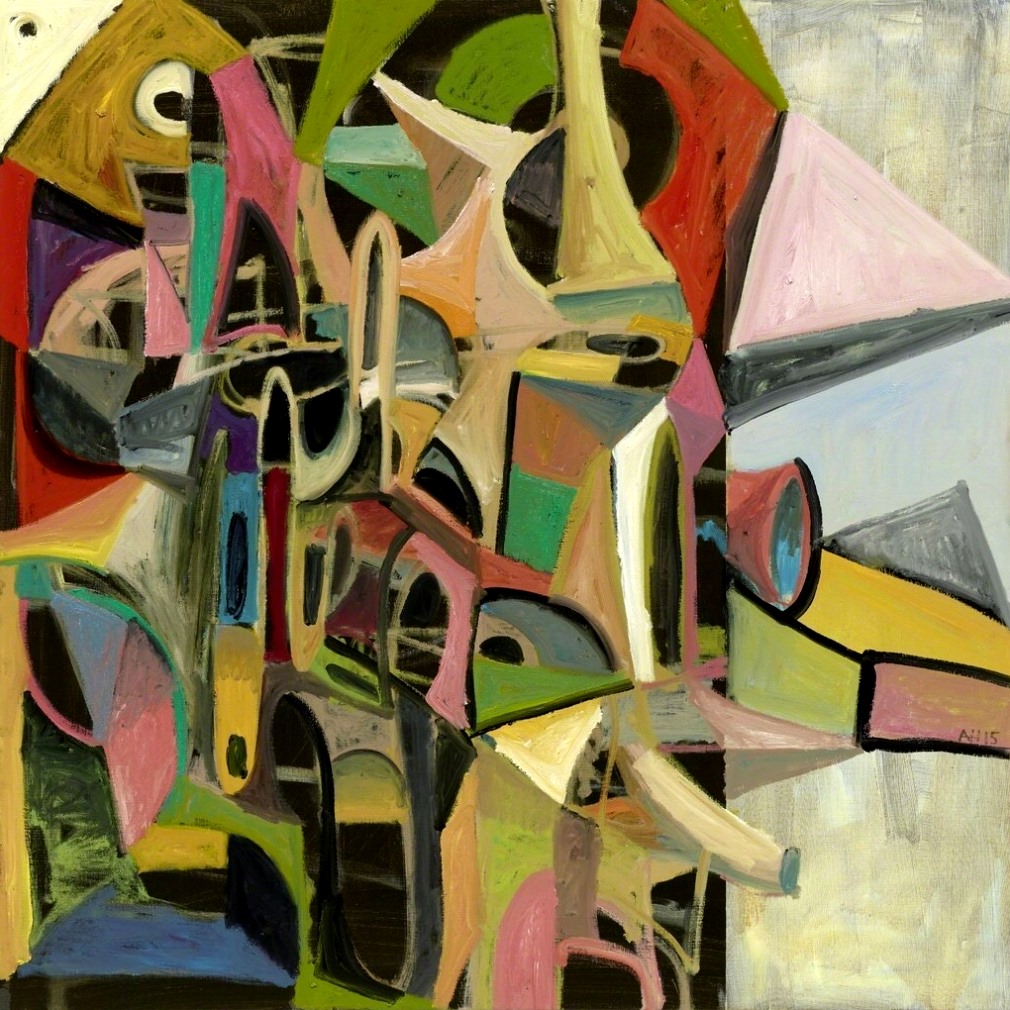 Anton Henning is born in Berlin in 1964. He is a German artist who, in addition to painting, also deals with sculptures and movies.

Henning is self-taught. He lived in London and then in New York City in the late 1980s. He had his first solo exhibitions from the mid-1990s. With the furnishing of the restaurant in the Arp Museum Bahnhof Rolandseck in 2007 together with his solo exhibition, he also made a name for himself as an artistic designer of furniture and interiors. From 2018 to 2020 he held a substitute professorship at the Dresden University of Fine Arts.

In his painterly work, Henning works to bring out the stylistic devices of the avant-garde and classical modernism. Instead of merely quoting them ironically, as is customary in postmodernism, he takes them seriously and confidently and gains new dimensions from them, especially in their combination and fusion. His pictures therefore often appear like contemporary continuations of works by Picasso, Matisse, Modigliani or Philip Guston.

But it is also important to him to make connections to earlier epochs of art history beyond modernity. Artists like Titian, Rembrandt and Courbet are always important references in Henning’s work. With series of his paintings, with sculptures and light sculptures and with three-dimensional wall objects, together with purchased or self-designed furniture, wallpapers and carpets, he creates room-filling salons. These accessible and usable installations, which are color-coordinated, in turn create an overall picture that Henning calls “interior”.

The motives of Henning’s paintings, applied in an impasto, matte painting, as well as its “interior”, do not deny their style of kitsch and find inspiration in Francis Picabia and Sigmar Polke. Henning draws an amorphous, ship propeller-like signet, often fit in a hiding place in his motifs

Henning lives and works in Manker near Fehrbellin.

Abstract Art
Mixed media of watercolor and pastel on paper by M. Metcalfe – Portrait of a Lance Caporal – Nyasaland, 1929
Mixed media drawing on paper by Yoantra – Titled: Blue flowers in a silver sky, 2021