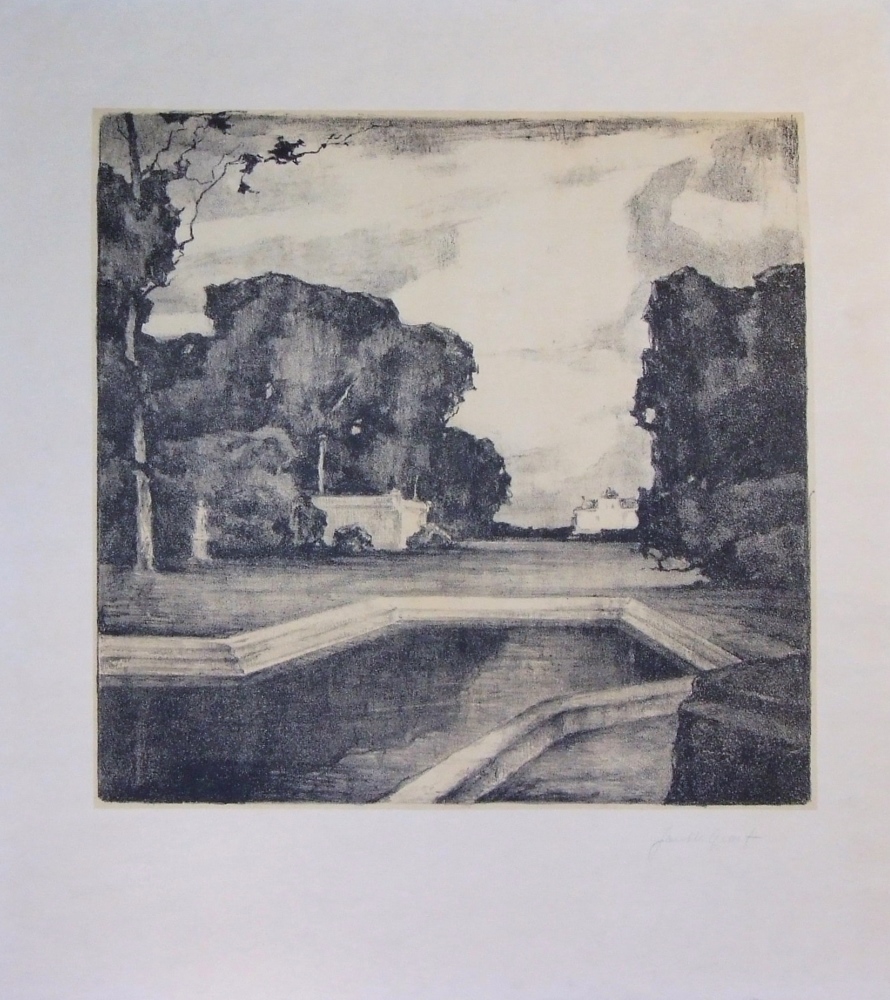 Lithograph on japon paper signed in pencil by the artist on lower right and also bears blind stamp of art association on lower left. Edition of this lithograph is unknown as it bears no edition justification although his editions where meant to be published for 200 copies; they rarely were printed in that quantity.

Jan De Graef was a painter, especially of park views and landscapes in a misty, mysterious atmosphere; he was known to experiment with light effects and thereby influenced by Belgian ‘’Luminisme’’ (Luminism) between 1910 and 1933. He was also a skilled floral painter of still lifes.

Jan De Graef studied at the Academy of Antwerp, where he later became a teacher, and at the National Higher Institute of Fine Arts, Antwerp. He studied the graphic arts and became also a renowned stone lithographer.

He was born into an artistically gifted family his uncle was e.g. painter Theodoor Verstraete just to name one. In fact the influences came out of a merge of on the one hand, the almost simultaneous influence of French impressionism and neo-impressionism and on the other hand, the perpetuation of a realist tradition specific to Belgian art.

From 1906 to 1952 he was a member and director of Als Ik Kan, an association of visual artists in Antwerp. The association was founded on October 25, 1883 under the name Union Artistique des Jeunes. Soon the motto ‘’Als ik Kan’’ would also become the name by which the association became known. The aim of the founders was mainly to create exhibition opportunities for the members, mostly young Antwerp artists, who had not yet been included in the local official art circuit.

Jan De Graef was an art consultant for private individuals and for the municipality of Berchem.

In 1952, after his death a retrospective took place in Berchem from March 14 to 26, 1953, also an exhibition was set up in room C.A.W. (Committee for Artistic Development) at the Meir in Antwerp. The collective Als Ik Kan, had only 9 members left and in 1952 it was dissolved.

His work is in the possession of municipality of Berchem and the Museums of Antwerp and Brussels.