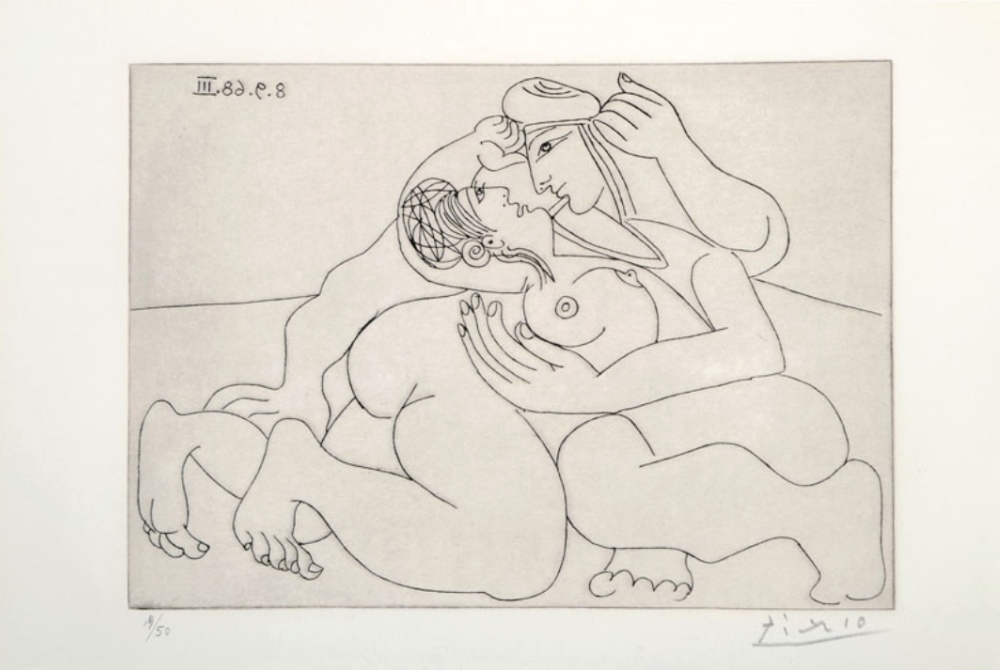 *In fact Picasso did never title this series!

Etching on Rives paper signed in pencil lower right by the artist and numbered lower left. An edition of 50 signed and numbered etchings. Dimensions:

Other artworks by Pablo Picasso are available at the gallery and not necessarily shown on our website.

The intaglios were printed as an edition of 50 on wide margined Rives paper, with each impression being hand-signed by Picasso in pencil and numbered from 1/50 to 50/50. These were a part of the “347 Series” published in 1968.

Picasso’s final works were a mixture of styles, his means of expression in constant flux until the end of his life. Devoting his full energies to his work, Picasso became more daring, his works more colorful and expressive, and from 1968 through 1971 he produced a torrent of paintings and hundreds of copperplate etchings.

At the time these works were dismissed by most as pornographic fantasies of an impotent old man or the slapdash works of an artist who was past his prime. Only later, after Picasso’s death, when the rest of the art world had moved on from abstract expressionism, did the critical community come to see that Picasso had already discovered neo-expressionism and was, as so often before, ahead of his time.