Etching and aquatint on paper by David Salle – Untitled V. 1990 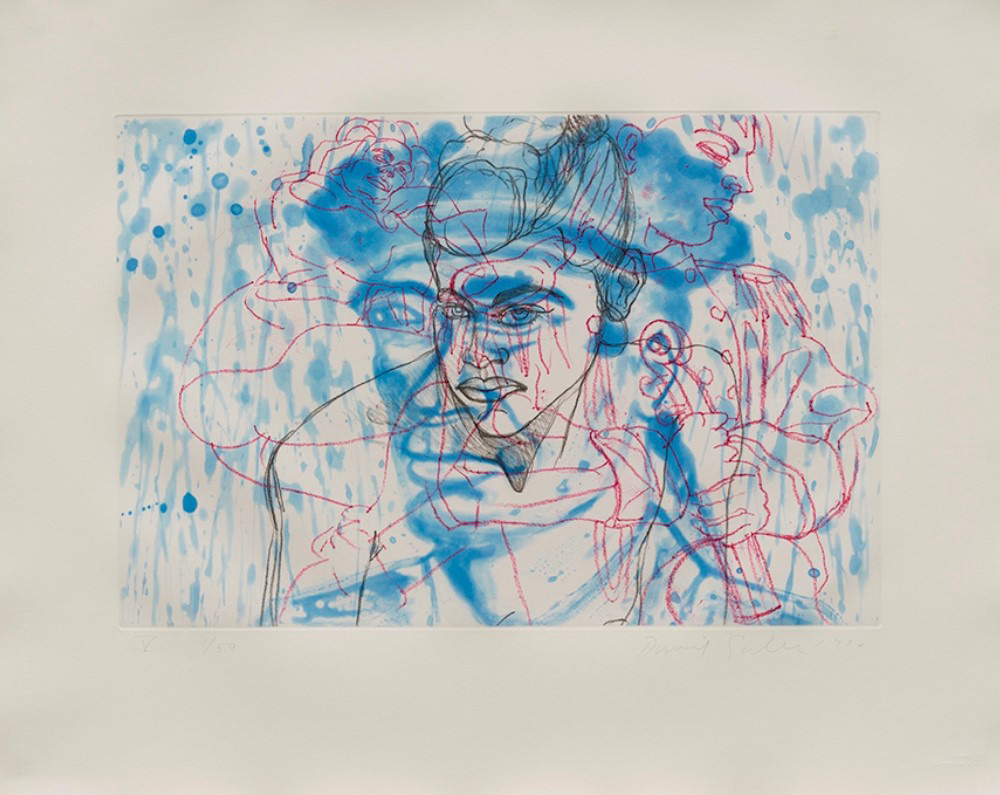 Etching and aquatint on paper signed and dated in pencil on the lower right and as well the printers blindstamp also numbered and inscribed (title) in pencil on lower left. One of an edition of 50 signed, dated and numbered etchings.

David Salle is an American painter born in Norman, Oklahoma on September 28, 1952.

He is a representative of postmodernism in painting and his work has been classified among Neo-Expressionism, Simulationism, Bad Painting or New Image Painting. In 1982, he was one of the key figures of the “Transavantgarde”

After studying at the California Institute of the Arts, where he was a student of John Baldessari, he uses the techniques of editing and split screens of cinema which he applies to painting. In New York he achieved immediate public and critical success through the use of erotic images treated in a shameless and realistic manner. After making installations and performances, he produces paintings based on superimposed images, mixing and juxtaposing techniques and styles. Salle uses image, video, cinema, design and fashion indiscriminately, but also classical art – Velázquez, Bernin – romantic Géricault, impressionist Cézanne, expressionist Solana, modern Magritte, Giacometti, or Jasper Johns, Robert Rauschenberg, Sigmar Polke, etc.

The main characteristic of Salle’s style is the juxtaposition of incoherent images, in a disorganized superposition that evokes the History of Art (the “high culture”), comic strips and catalogs of all kinds (the low culture and kitsch).

There will be a portrait of the French painter Roger Bissière as well as graffiti. His images have an almost ingenuous style and are deliberately poorly painted, with obvious faults in composition and structure that give his style an ironic and self-critical vision. Playing with large formats, diptych or triptych, he creates a theatrical feeling that he can push by assembling objects such as a table, a bottle, etc.

He also creates sculptures and made a film: Search and Destroy in 1995, with Martin Scorsese as an actor.

His work is mainly found in American and Anglo-Saxon museums.