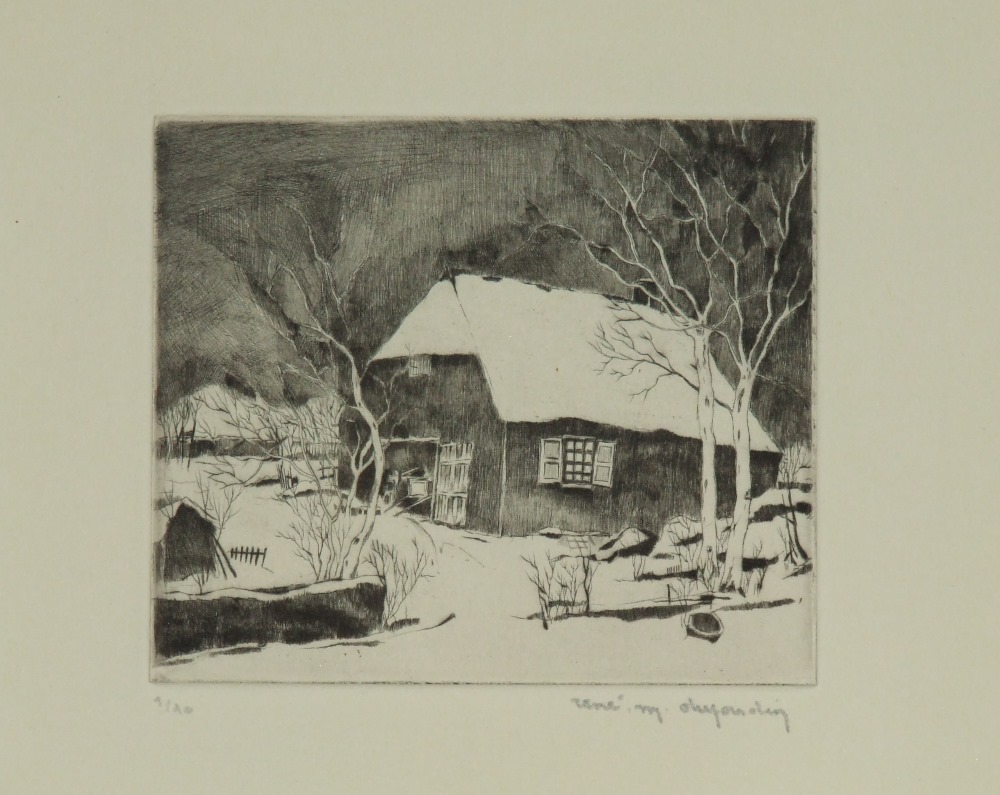 Dry point and etching on wove cream paper signed in pencil by the artist on lower right and also numbered in pencil on lower left. One of an edition of 10 signed and numbered engravings.