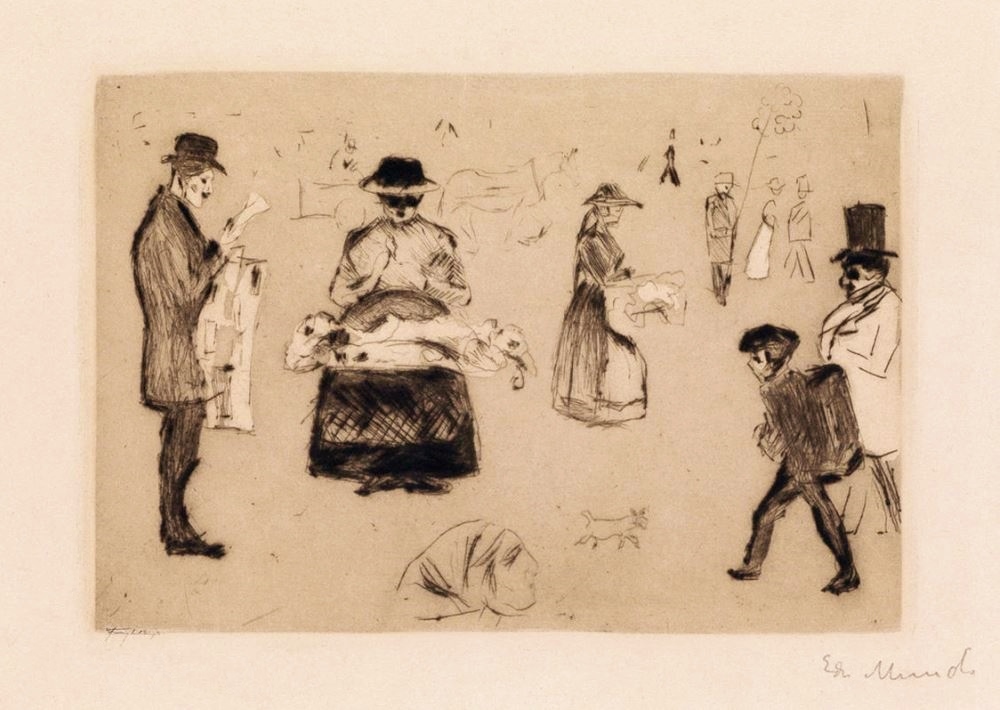 Dry-point and etching on thick brown cream wove paper signed in pencil by the artist on lower right also signed on lower left by the printer in ink.

Edvard Munch was born December 12, 1863 in Ådalsbruk, Norway and died January 23, 1944 in Oslo. He is a Norwegian expressionist painter and printmaker.

Edvard Munch can, a posteriori, be considered after the Berlin exhibition of 1892, as the pioneer of expressionism in modern painting. From a very early age, he was renowned for his belonging to a new artistic era in Germany and central Europe. His work and his importance are recognized today in Europe and in the world.

His favorite techniques are mainly painting and tempera on cardboard. He is also a pioneer of art accessible to all, an art revealed, shown and not hidden, in the streets and public spaces, in the various places of nature.

Before Munch’s famous breakdown of 1909, he threw himself into printmaking with a fervor shown by very few of history’s great artists; not only as a master printmaker in the tradition of Rembrandt, Goya, and Cassatt, but as an innovator of striking originality whose influence on subsequent printmakers still resonates, primarily but not exclusively in woodcut.

Munch showed little interest in producing editions, except in the case of formally produced portfolios by publishers.

He was more drawn to the possibilities inherent in the experimental nature of printmaking: the infinite variety of inking, assembly and papers.  It is important to note that, in woodcut, he rarely made the same print twice.

Sources: Wikipedia – and several others #biography