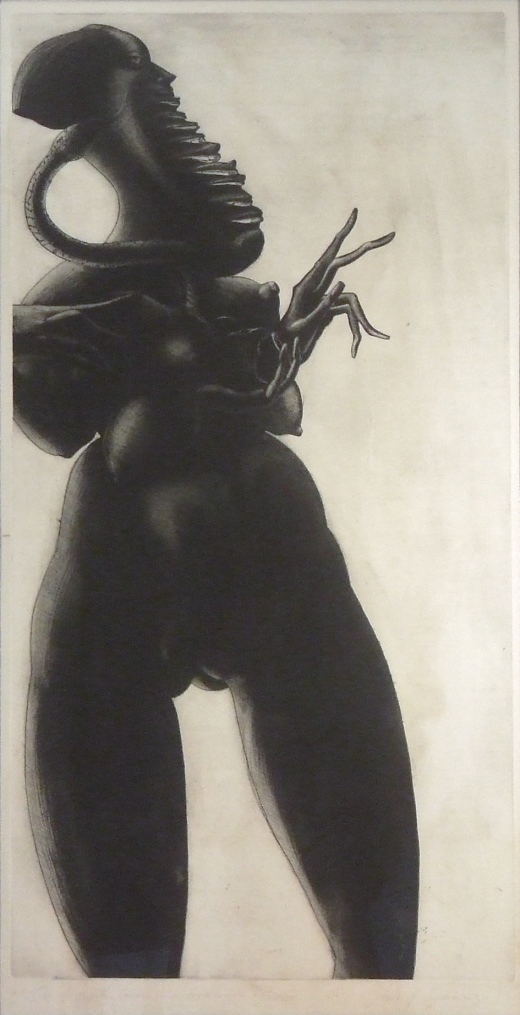 Provenance: Direct purchase from the artist.

Price: For pricing or more information on artwork or artist contact gallery.

Barthold Eyckermans aka Bart’d Eyckermans was born in on July, 13, 1955 in Wilrijk, Antwerp. He is a Flemish printmaker, drawer and sculpture. The artist is the son of the sculptor Lode Eyckermans (1919-1998).

His artworks and his symbolist style could be resumed as a creator of baroque worlds full of fantasy with roguish allusions, but that would be too simple.

He is a laureate of the national higher institute of the graphics department in Antwerp.  Won prizes as the young print makers in 1980, round table 1980, Helene Goldmuntz in 1981 and from the ministry of culture in Belgium.

In 2015 he was made President of the Royal Association for the Encouragement of Fine Arts in Belgium.

He is also internationally recognized as a sculptor: Installed a “Fertility Statue” in Quyang Provincial Museum in September 2005, ordered by the Hubei Province Board, China. Now days he works primarily with sculpture.