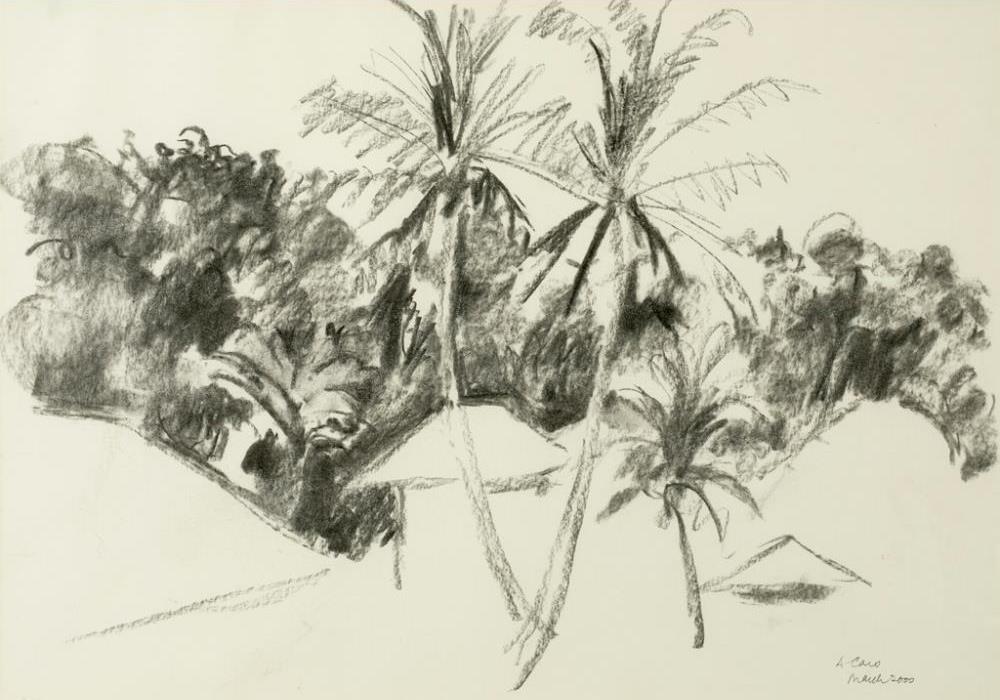 Charcoal drawing on paper signed and dated in pencil on the lower right and situated on verso.

Remark: Always fascinating to see how in general sculptors are also remarkable draftsmen.

Anthony Caro was born on March, 8, 1924 and died on October, 23, 2013. He was an English abstract sculptor whose work is characterised by assemblages of metal using ‘found’ industrial objects. His style was of the modernist school, having worked with Henry Moore early in his career. He was lauded as the greatest British sculptor of his generation.