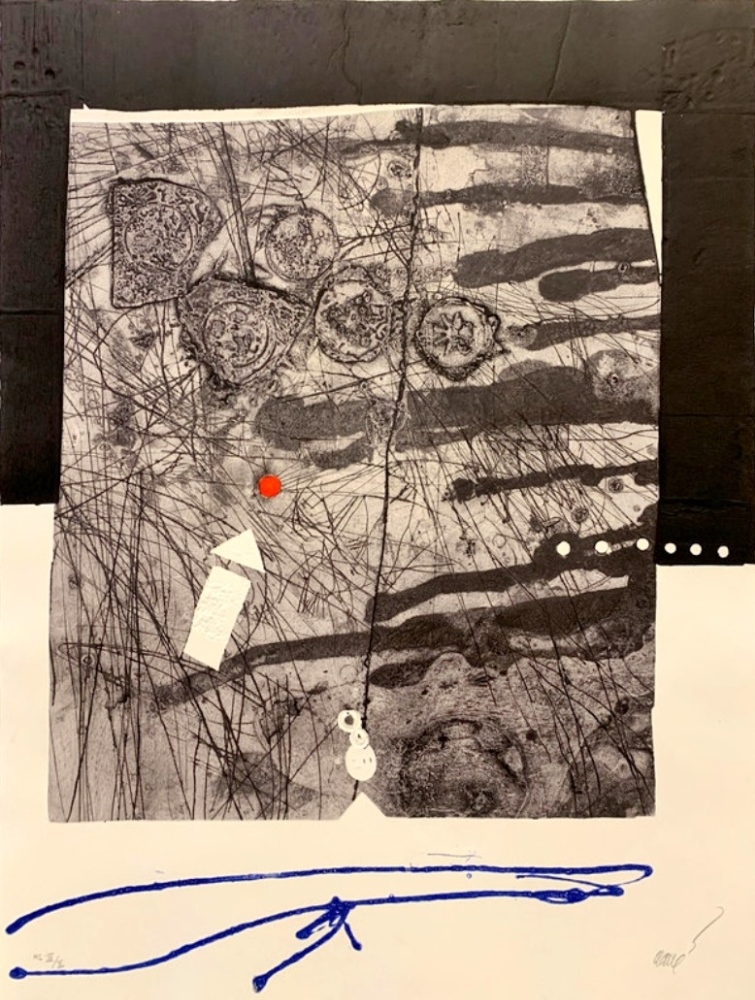 Carborundum etching on wove paper with imprint and embossment signed in pencil on lower right by the artist and numbered in pencil on the lower left. One of an edition of 50 signed and Roman numeral numbered H.C (Hors commerce) etchings.