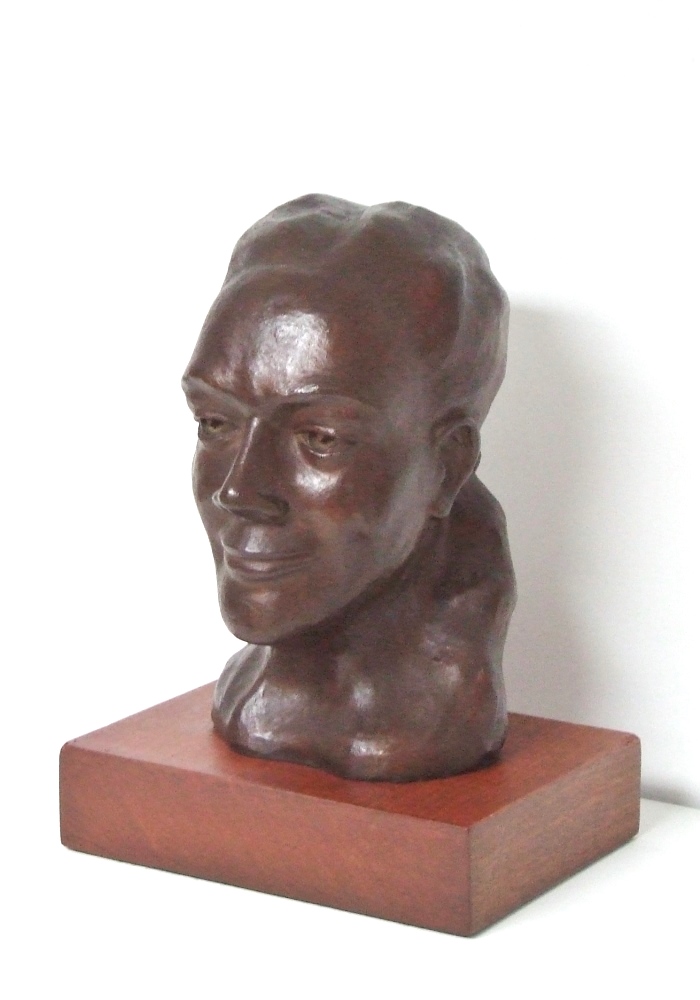 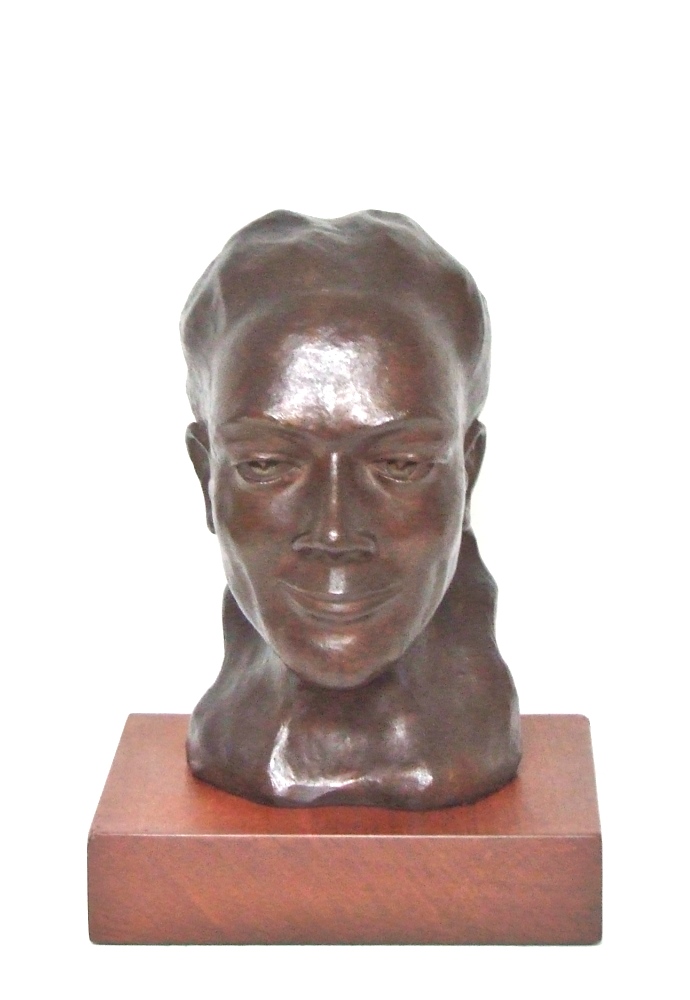 Bronze with brown patina on wooden base signed on lower left side. Unique piece; is probably the only casted piece.

Georges Collard was born on 11 May 1881 in Antwerp. His twin brother was the animal sculptor Jean-Charles Collard, and his brother-in-law Josuë Dupon, who belonged to the artistic circle of the twins’ father Armand Collard (1838–1910), a physician as well as a reputable etcher and painter. He studied under Professor Thomas Vinçotte at the Antwerp Academy, where he himself taught from 1920 onwards. With his brother and the sculptor Frans Jochems, Collard was in 1907 one of the founding members of the ‘Antwerp artists’ and sculptors’ circle’.

Georges Collard is the author of figures, busts and animal bronzes. In 1924 he created the war memorial in his hometown of Brasschaat, near Antwerp.

Gradually he specialised in depictions of animals, preferably in movement and developed into one of the most original talents in this area. The idiosyncratic way in which he modelled and gave form to his sharply observed subjects makes his sculptures easily recognisable. He sometimes chose unusual poses which can look anatomically improbable, but which are always animated, revealing in their stylised realism an affinity with the somewhat more expressive art of Albéric Collin.

For the World Exhibition of 1930 in Antwerp, Georges Collard created a huge bronze equestrian statue of the Belgian King Leopold I (approximate height 5.5 metres), which was subsequently shipped to South America. He regularly presented smaller works, mainly bronzes cast by the Compagnie des Bronzes in Brussels (although Batardy castings are also found), at exhibitions in Antwerp, Brussels and Ghent.

The artist’s work is represented in a number of public collections, but surprisingly is absent from that of the Antwerp Zoo, where he was a regular visitor modelling the animals. The Museum of Fine Arts of Antwerp also keeps some of his sculptures.