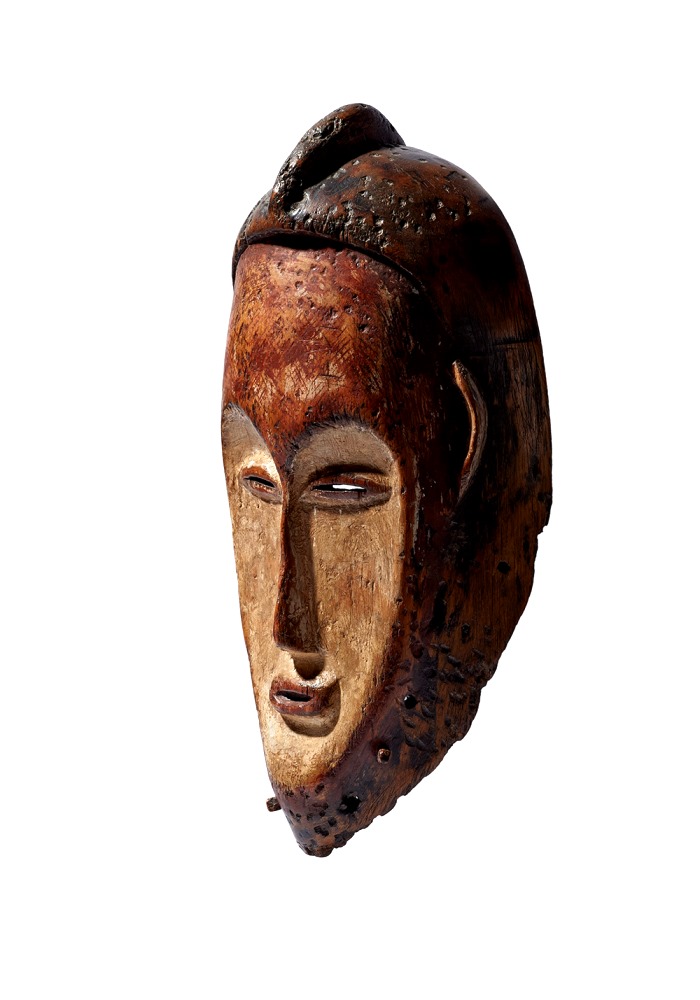 A wooden mask with pigments and covered with kaolin. First half of the 20th century

This is a typical large and elongated Fang mask which is covered with kaolin and featuring a nice heart-shaped face with a long fine nose.

The mask is worn by itinerant troubadours and used for hunting and punishing sorcerers.