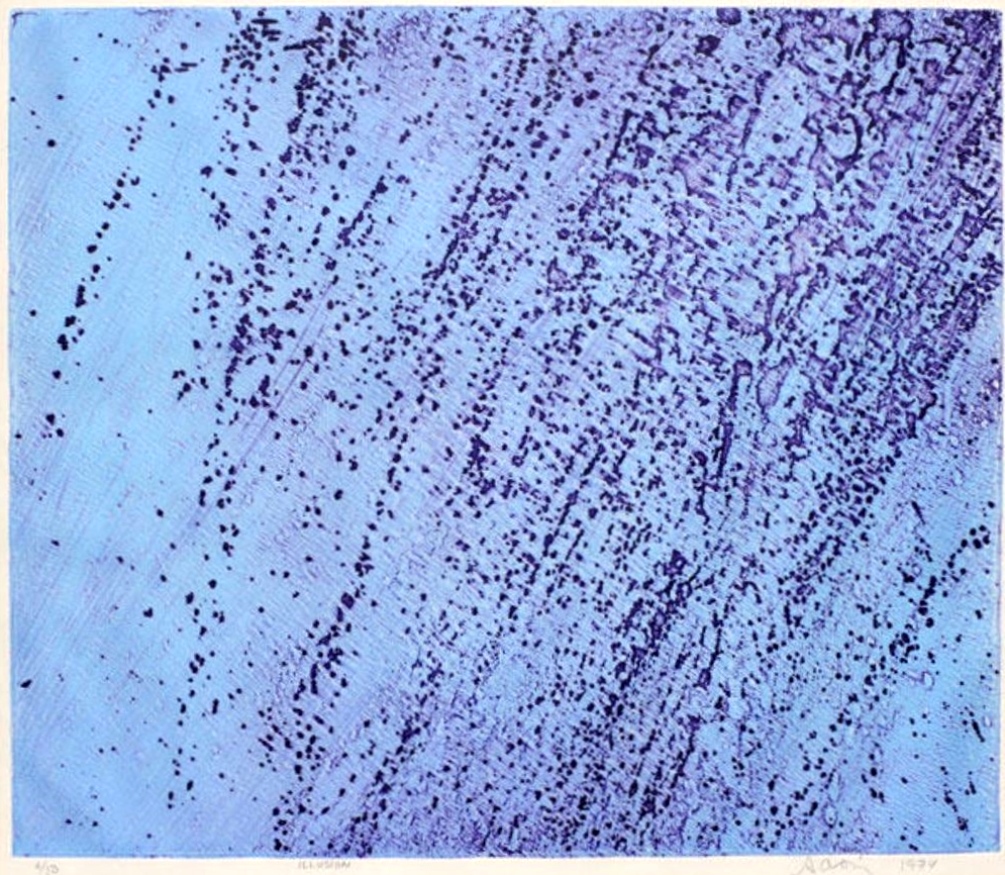 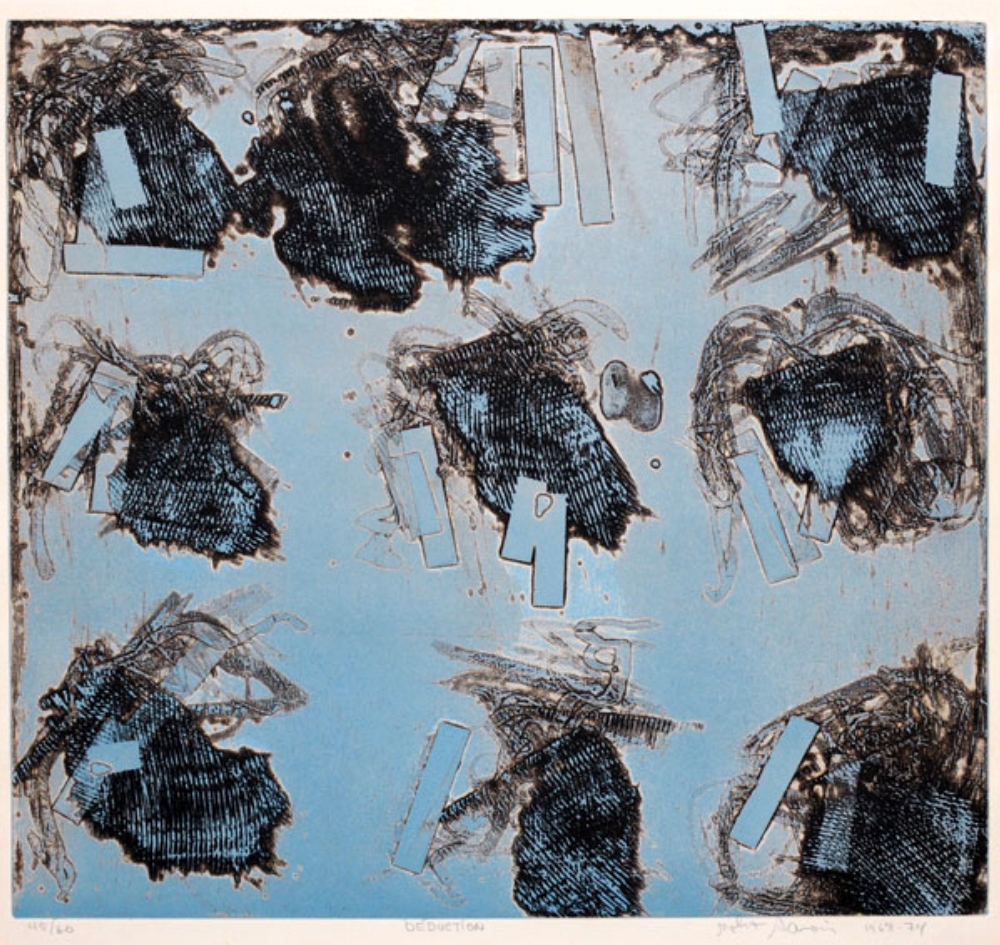 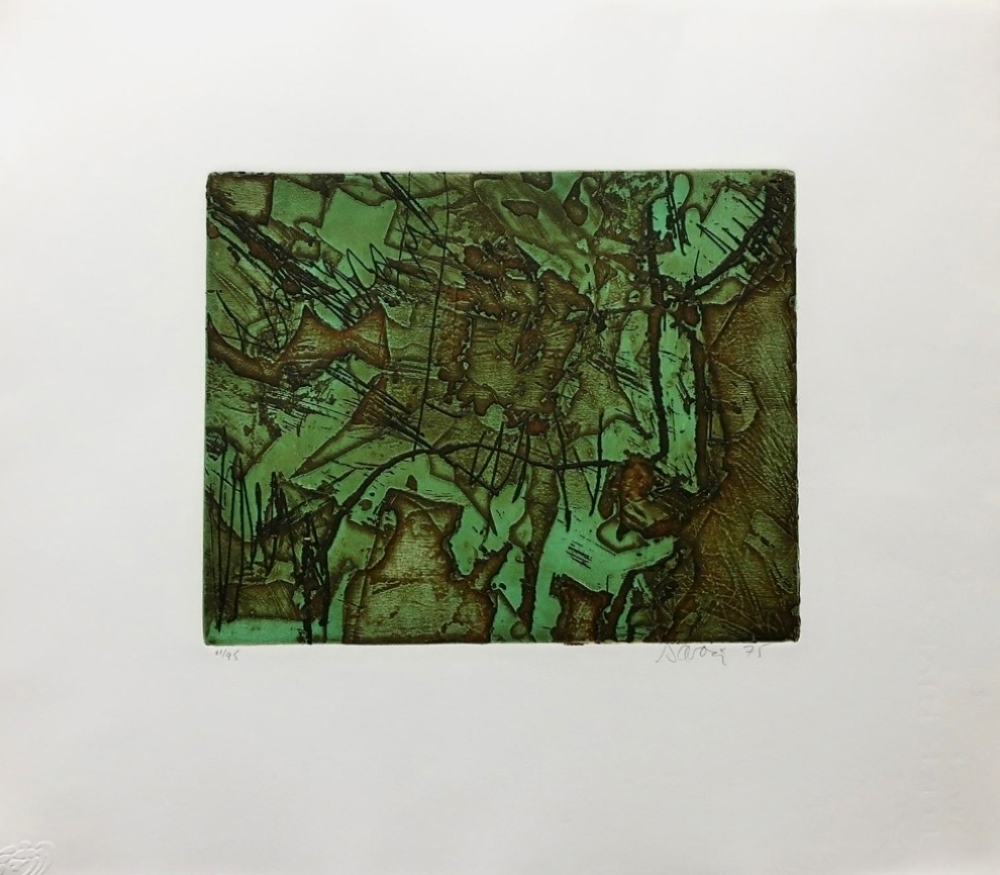 Robert Savoie was born in Québec City in 1939 and he is a Canadian artist known as a painter and best as an important engraver active in the avant-garde of graphic experimentation in Quebec. He first learned the different techniques of artistic printing before focusing on engraving and transposing these techniques into metal sculptures and working with Corten steel from the 1980s on.

Robert Savoie studied from 1957 to 1962 at the Institute of Plastic and Graphic Arts and at the School of Fine Arts in Montreal (l’École des beaux-arts de Montréal), thus he completed his training at the Chelsea School of Art in London and at the famous Atelier 17 in Paris.

Then he did internships in Scandinavia and Japan, which greatly influenced his approach. Robert Savoie is also marked by the Japanese Zen philosophy and this is reflected in its watercolors and prints. This is so through the color and the gestures to influence the viewer and to give them a state of inner well-being and a feeling of peace. His works are mainly abstract and touch the European lyrical abstracts, the sober and masterly minimalist Japanese and the ardor of the American abstract expressionists.

He was able to benefit from financial support from various prizes and grants on several occasions. He taught at the School of Fine Arts in Montreal (l’École des beaux-arts de Montréal) from 1968 to 1970.

The works of Robert Savoie are present in many large public and private collections, notably in the collection of the University of Sherbrooke and the Museum of Modern Art in New York.

Among his works of art integrated into architecture, we owe him the steel mural Kawari Kabuto at the Square-Victoria metro station in 1987, and two reliefs at the Maison Radio-Canada in 1970. There is also an untitled work at the Library Adélard-Berger in Saint-Jean-sur-le-Richelieu dating from 1982.