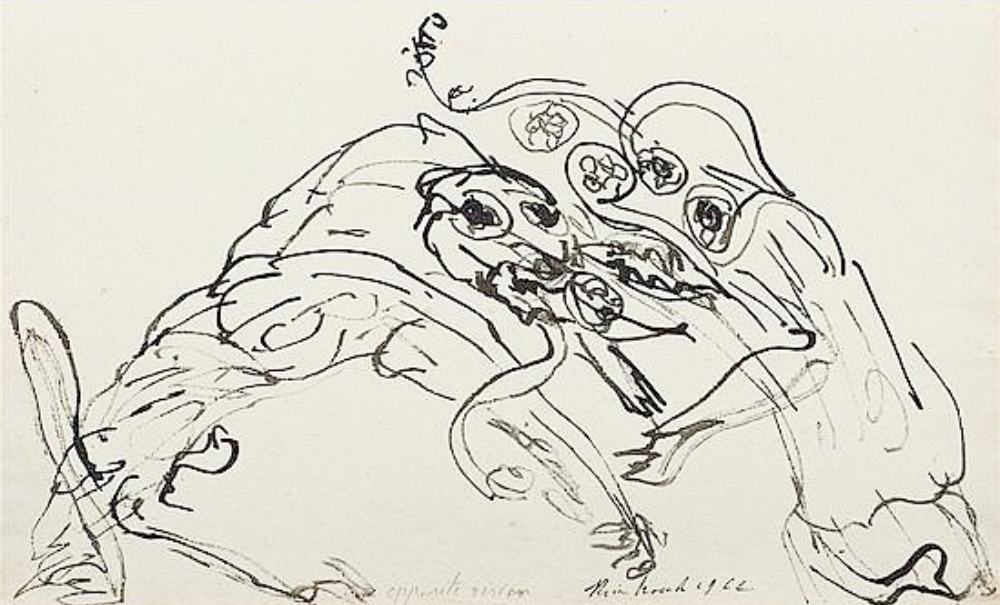 Indian ink on paper by Reinhoud – Titled: Opposite vision, 1962 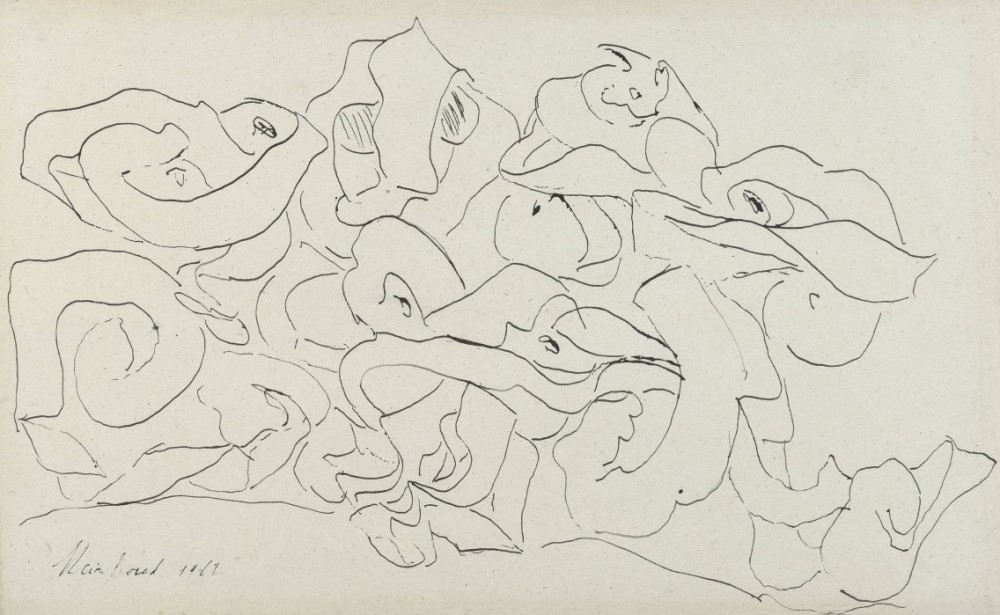 Sculpture in brass by Reinhoud – Figure half bird half woman

Reinhoud d’Haese, known as Reinhoud, born in 1928 in Geraardsbergen (Grammont) and died July 1, 2007 in France; He is a Belgian sculptor, member of the CoBrA group.

He made his debut in Brussels at a goldsmith, and then attended the École Nationale Supérieure d’Architecture and Decorative Arts where he learned the work of metal in sculpture.

In 1950, he joined the Ateliers du Marais in Brussels, a sort of nursery of the Cobra group, where he actively participated in the transformation of workshops into a center intended to receive artists. Here he meets, among others, Christian Dotremont, Luc de Heusch, Hugo Claus and Pierre Alechinsky, artists who will accompany him throughout his career.

After the dispersal of the Ateliers du Marais, the experimental gallery Taptoe in Brussels organized in 1956 an exhibition entirely devoted to Reinhoud. He received the prize of the Belgian Critics and he stared to be inspired by the insects: Mosquito and ‘’Fouineur’’ wich are the titles of works that he exposes there.

From that time onwards, Reinhoud gives free rein to his imagination, to create a gallery of sculptures, animals, plants, and above all characters, a kind of catalog of characters in the tradition of La Heather.

Most of his sculptures carry enigmatic and remarkable titles, such as ‘’All he needs is speech, singing in Chinese, or where it is a question of a double bass, Misses James and a quarter of apple’’.

In total there are more than 3000 sculptures, almost all unique pieces in brass, copper, ceramics, wood or even bread crumbs.

Where Reinhoud exposes his fantastic bestiary, his vision of the man a little banter rooted in the daily living without hiding anything from his roots of Bruegel or Bosch to CoBrA.

At the beginning of 2011, a retrospective exhibition is devoted to the Royal Museums of Fine Arts in Brussels, which brings together a striking sample of his sculpted works and drawings from the 1960s to the decade 2000.