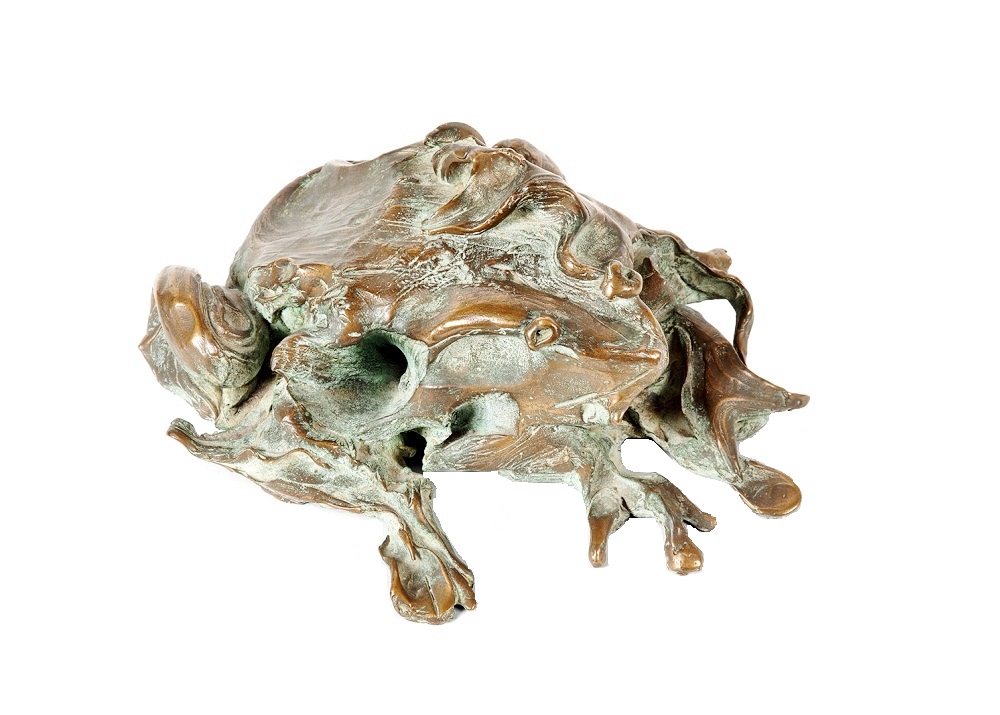 Bronze sculpture with green and gold patina by Paul Rebeyrolle – Titled: Frog circa 1994 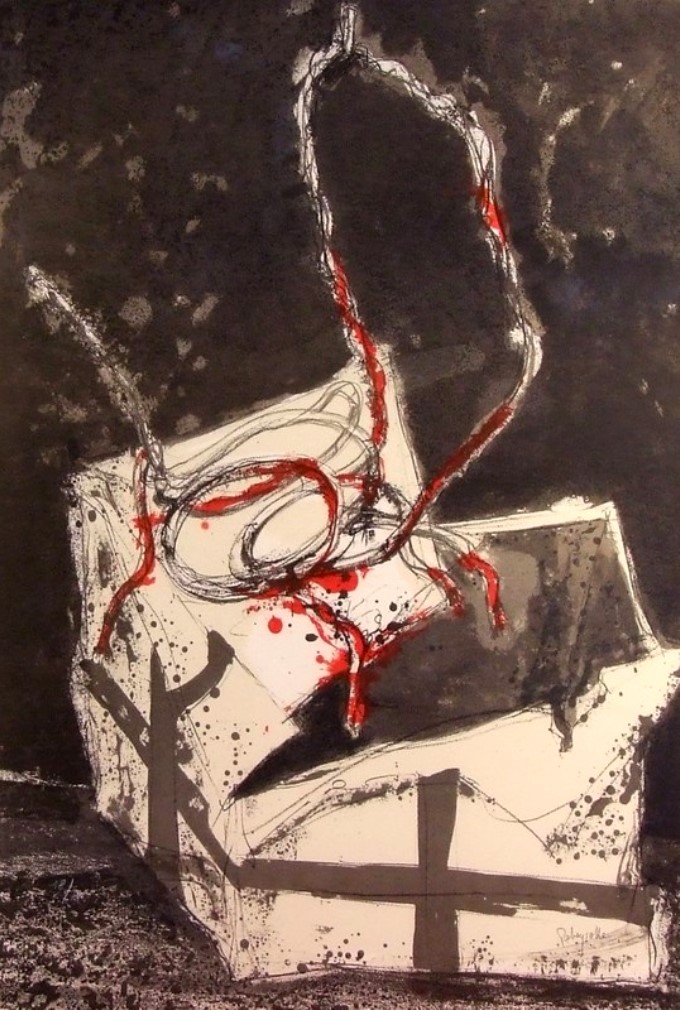 Lithography on paper by Paul Rebeyrolle – Titled: It will be better tomorrow, 1978 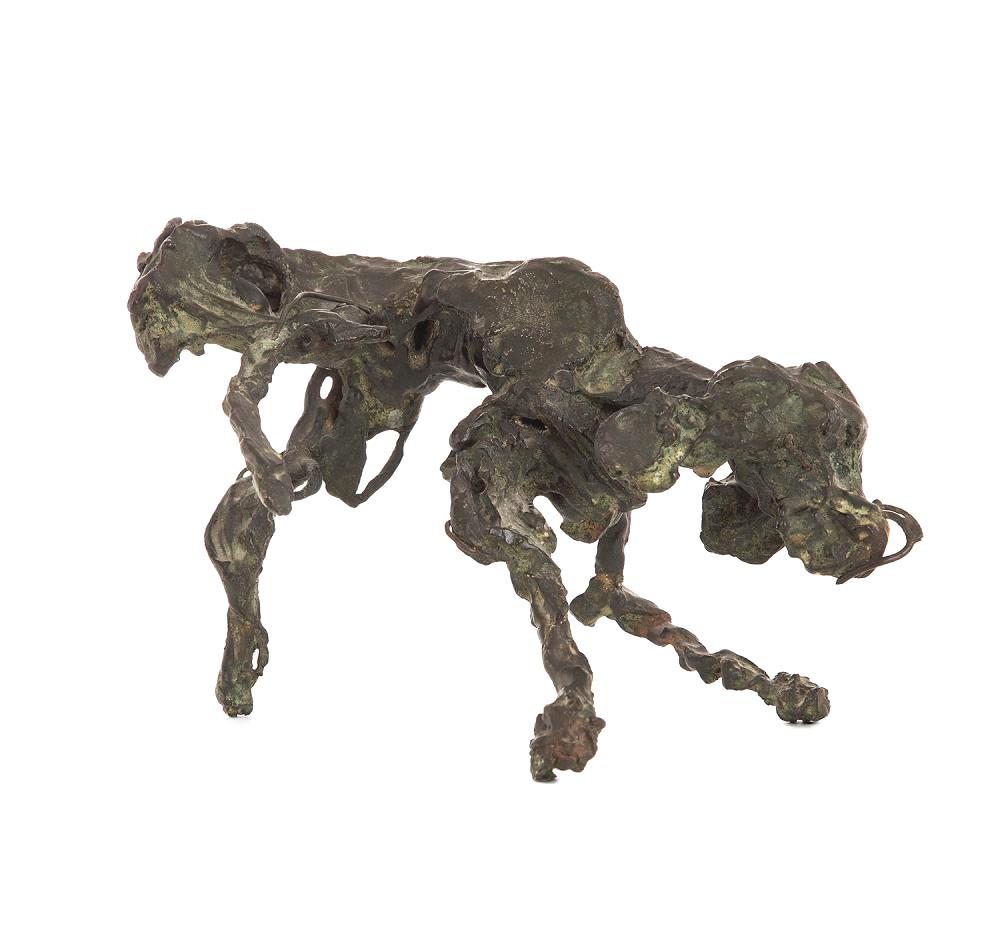 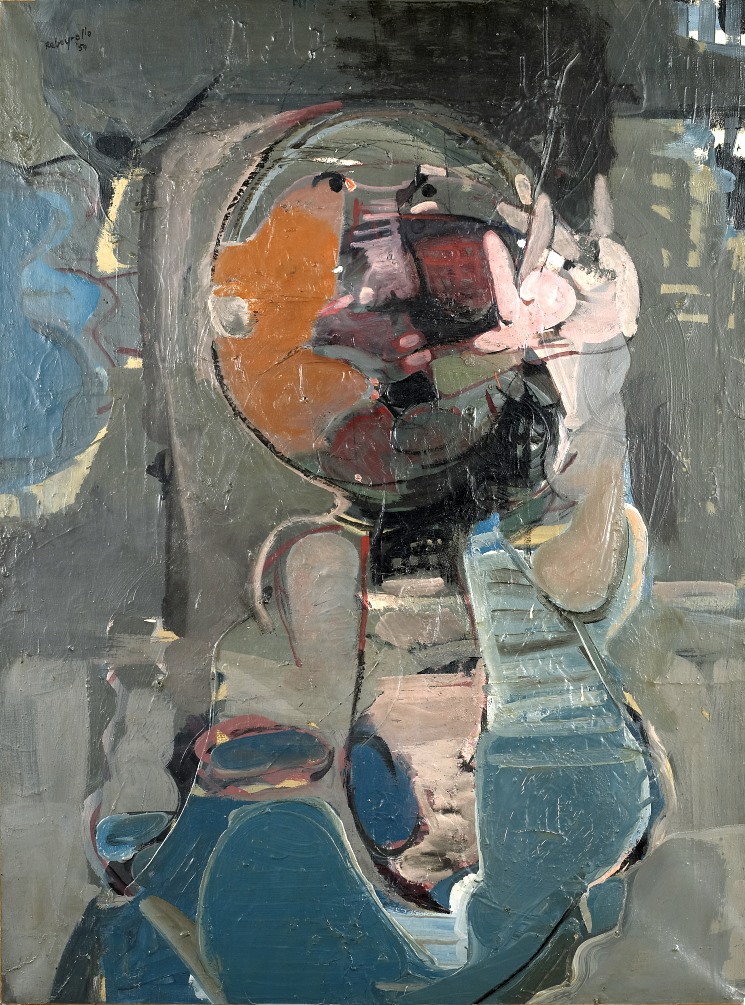 Paul Rebeyolle is a French painter born at Eymoutiers, Haute-Vienne and died February 7, 2005 in Boudreville, Côte-d’Or. He is a French expressionist and matterism painter, lithographer and sculptor, linked to the movement of new figuration.

Grew up in the countryside and was fond of hunting and fishing. He went to school in Limoges where he was schooled in painting and learning to decorate ceramics in his spare time. He moved in 1944 to Paris, where he studied at the Grande Chaumière; he received advice from Lorjou and was also influenced by Picasso, van Gogh and Soutine. He later said that Soutine was his painter.

He lived and worked amid the slaughter-houses of Vaugirard, which provided some of his subject-matter. He painted scenes of domestic and rural life, often on a large scale, in earthy pigments and with a caricature-like treatment of faces and bodies. After the reopening of the Louvre in 1947, he was somewhat influenced by Courbet.

He was awarded the Prix de la Jeune Peinture 1950, the Prix Feneon 1951, and was considered the leader of the young French artists of realist tendency. His first one-man exhibition at the Galerie Drouant-David, was in Paris in 1951. Paul Rebeyrolle began in 1956, to develop a looser, more Baroque and more abstract style. In the 1960s the colours and splashed and swirling paint tended to become more important than the subject, which was often barely legible. Many of his later pictures include feathers, sand, newspapers and other collage materials.

Little publicized during his lifetime, unknown to the general public as well as to certain institutions, his works were nevertheless appreciated by the philosophers Jean-Paul Sartre or Michel Foucault as well as by certain collectors, such as François Pinault.

He died on February 7, 2005 in his house in Boudreville. His ashes were scattered in the Planchemouton river in Eymoutiers.