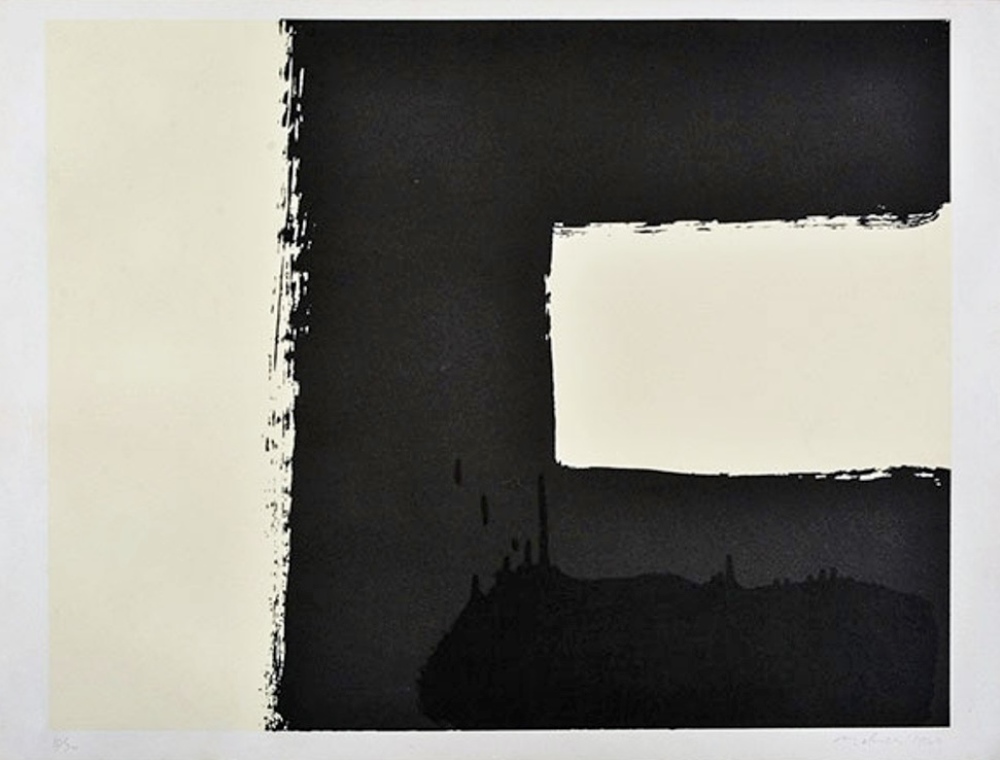 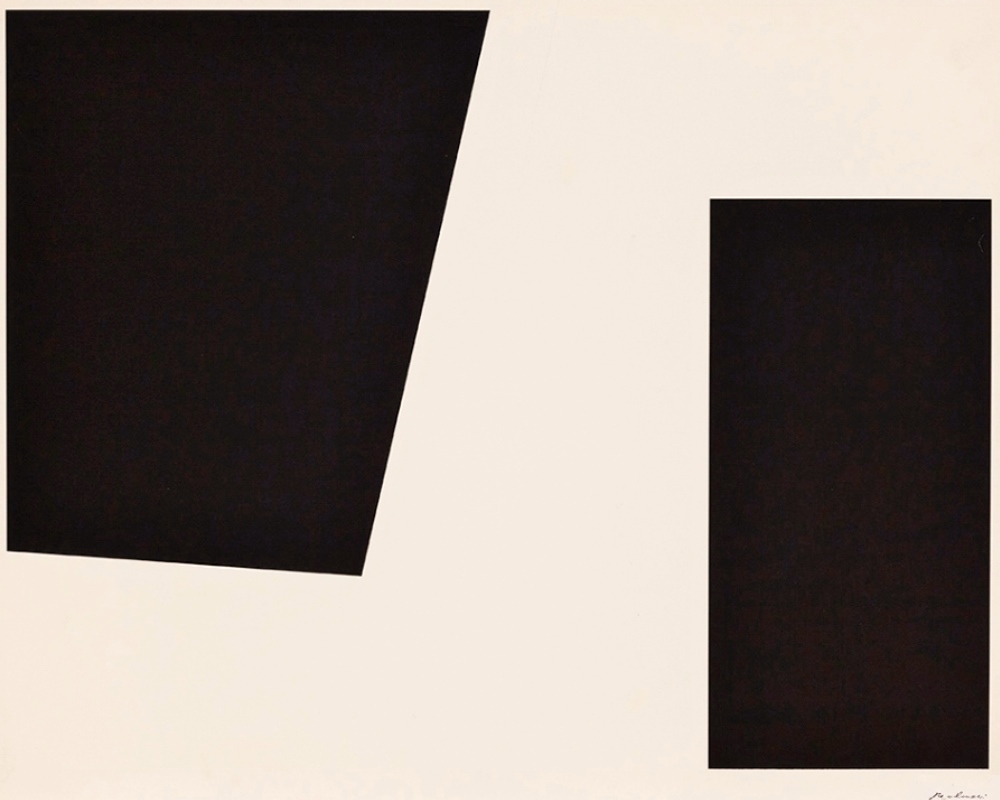 Guido Molinari, painter, draftsman, sculptor and poet. Born in Montreal on October 12, 1933 and died on February 21, 2004. He is associated with the second generation of the Plasticiens group; he is a follower of “geometric abstraction reduced to vertical bands of color or better known as hard-edge and Op-art.

He took a few design courses at the École des beaux-arts de Montréal in 1948, and briefly in 1950 of that same year and till 1951 also at the École du Musée of fine arts in Montreal. But he owes most of his training to his readings on Mondrian, Kandinsky, as well as Gestalt theorists like Kohler and Wolfang and philosophers like Bachelard, Lupasco, Korzynski and also to his travels, especially to New York which he visits every year from 1955 on.

He then discovered the Automatists and met Claude Gauvreau and Jean-Paul Mousseau who introduced him to the world of the avant-garde.

He began making drawings and paintings combining automatic methods with a disciplined approach.

In 1954, the restaurant l’Échourie charged him with artistic animation and made it a place of exhibition and meeting of the avant-garde artists such as Robert Blair, Ulysse Comtois and Claude Tousignant.

On May 28, 1955, Molinari opened the Galerie l’Actuelle with financial assistance from Fernande Saint-Martin with whom he lives since 1953 and whom he will marry five years later. Even if the gallery did not manage to survive for more than two years, Molinari retained his vocation as an exhibition space for non-figurative painting, which was a first in the world of Canadian contemporary art.

He became a leader in the development of a rigorous colour abstraction in Montréal.

In 1956 Molinari was a founding member of the Association des artistes non-figuratifs (non-figurative) de Montréal. Characteristic of his paintings in the 1960s were vertical, hard-edged bands of colour. Pictorial space in these paintings was created by the spectator’s perception of the shifting and mixing of the colors.

Later the colour in his work had been reduced to very dark values, and rather than narrow bands, the paintings were divided into 2 to 5 large vertical sections.

He exhibited at the Biennale in Venice in 1968, where he was awarded the David E. Bright Foundation prize. In 1977 he participated in the Paris Biennale, and in 1980 he was awarded the Paul-Émile Borduas Prize by the Québec government.

Molinari, who taught at Concordia University until 1997, exerted a powerful influence on younger artists, through his teaching, his theoretical writing and his opinions, firmly held and strongly stated.