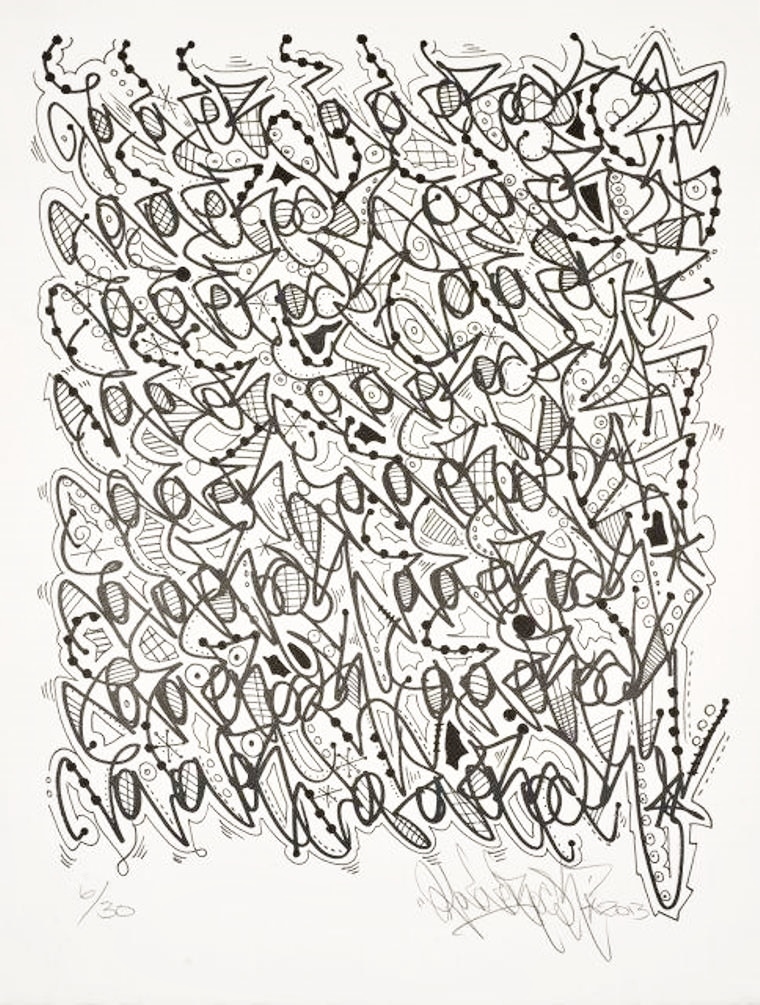 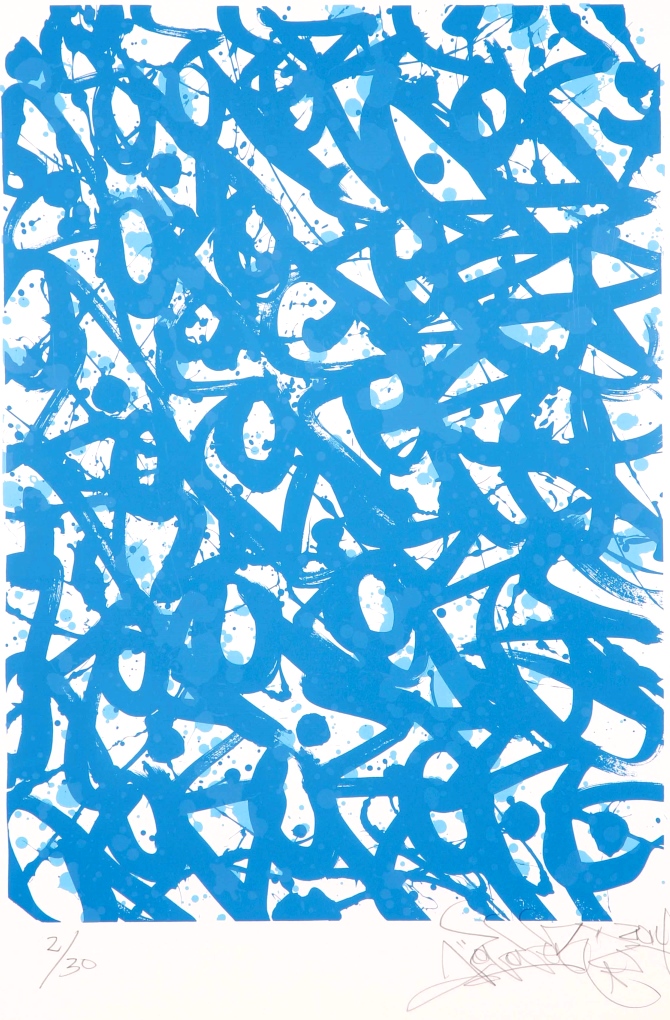 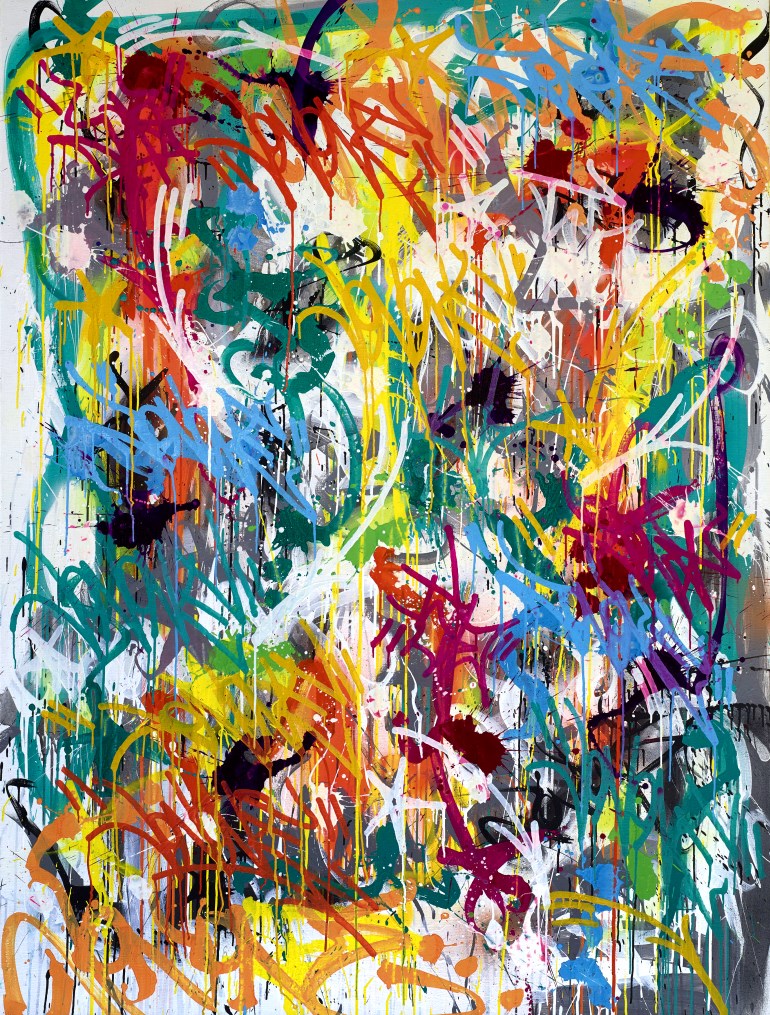 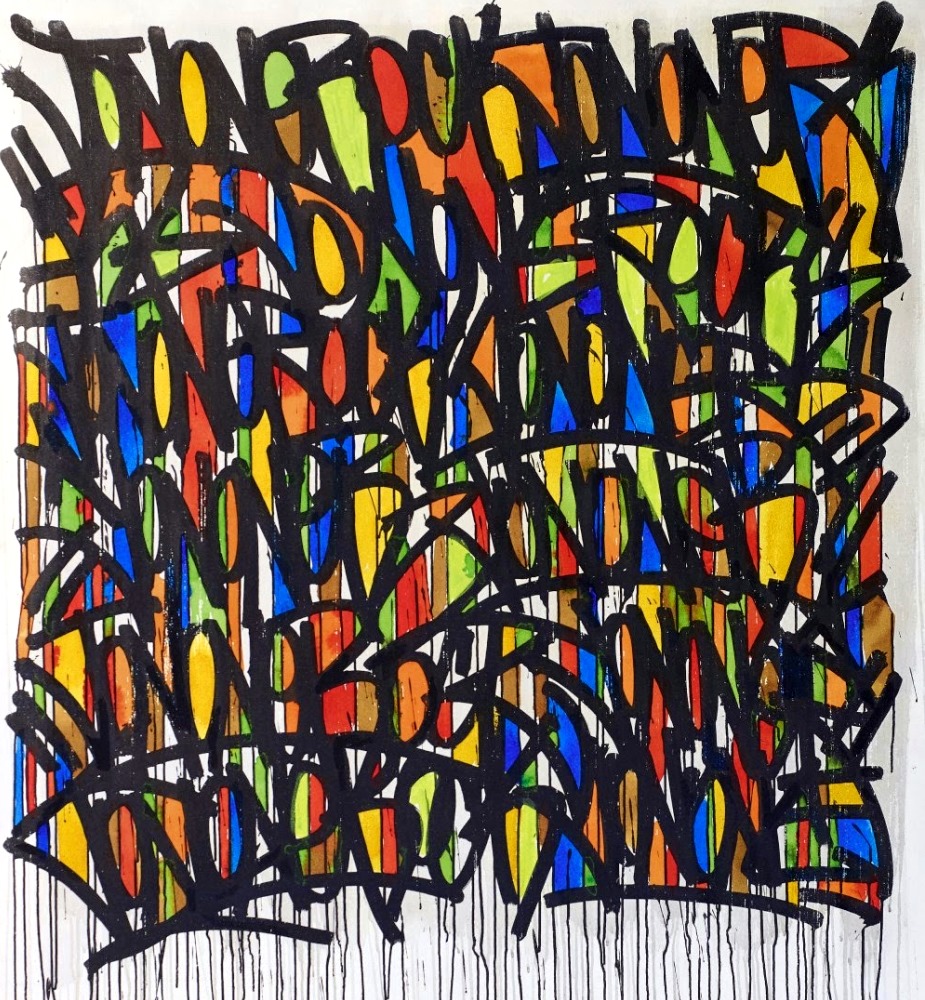 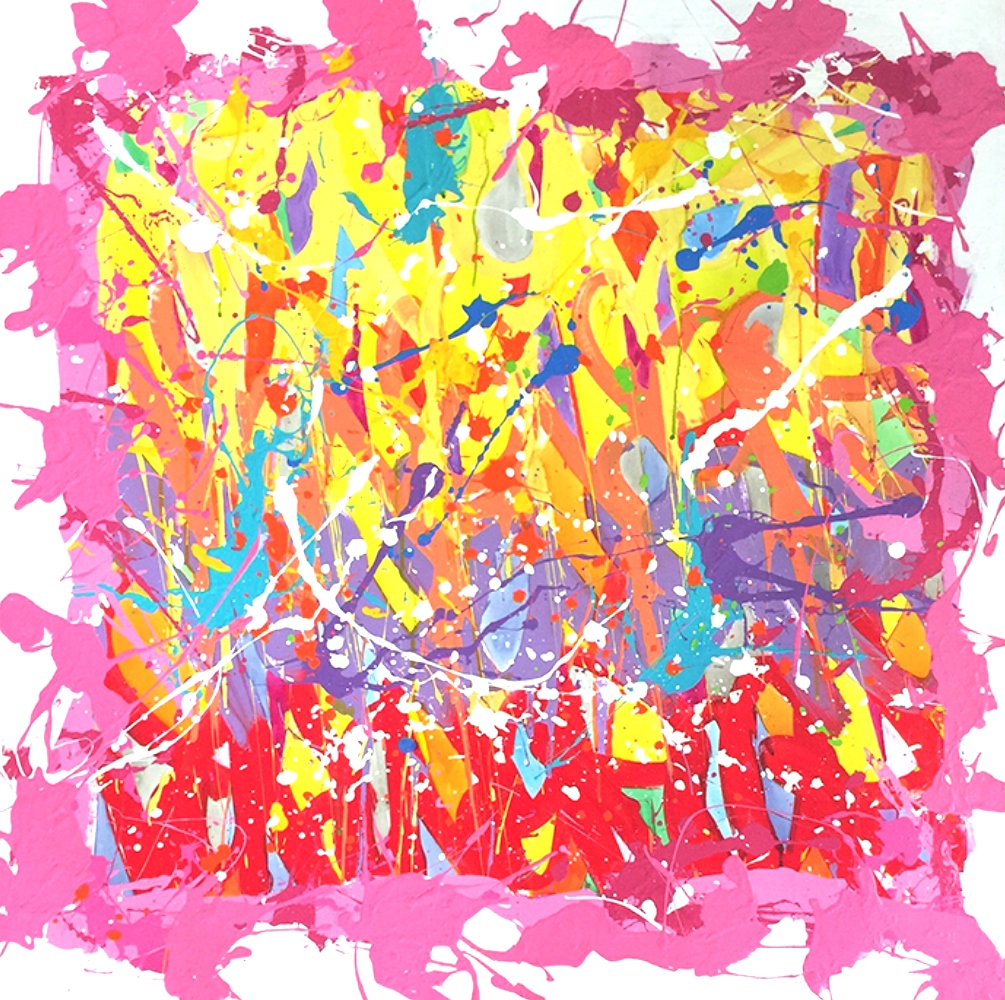 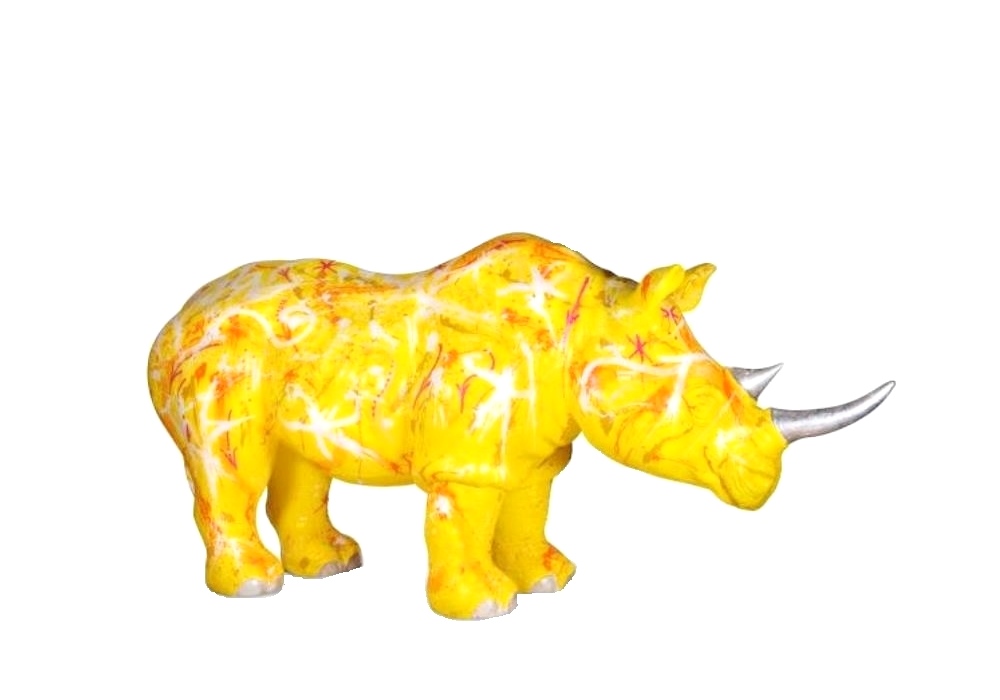 In 1963, John Andrew Perello was born in New York’s Harlem neighborhood to parents from the Dominican Republic. Growing up in Harlem, his introduction to street art began at an early age, when he would see graffiti and tags on subway cars and city walls. When he was 17 he entered the world of graffiti with his childhood friend “White Man,” tagging his name Jon with the numbers 156 on walls and trains in his neighborhood. He said, “The subway is a museum that runs through the city.”

He lives and works in Paris and New York.