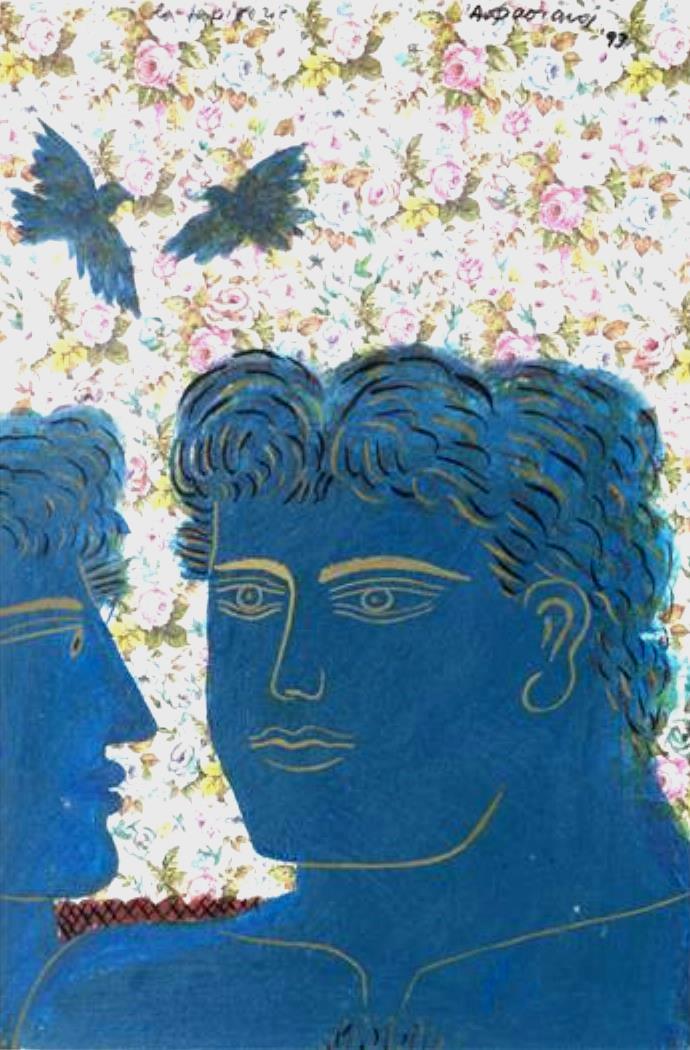 Mixed media of gold and acrylic on wallpaper mounted on cardboard by Alekos Fassianos – Titled: The tapestry, 1993 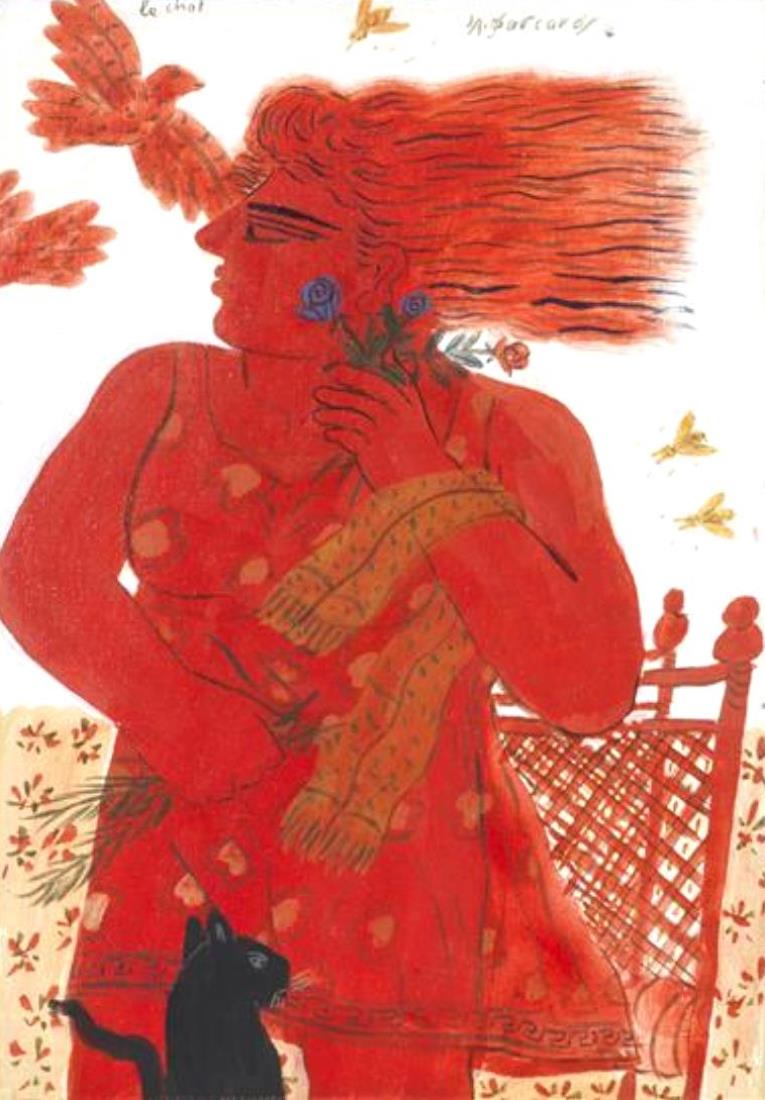 Oil on canvas by Alekos Fassianos – Titled: The cat

Alekos Fassianos was born on December 13, 1935 in Athens and died in the same city on January 16, 2022. He is a Greek painter and is internationally recognized for his figurative paintings representing mythology in a contemporary world.

There he met artists and writers who were to mark the era. Louis Aragon comments on his works and Jean-Marie Drot will later devote a monograph to him entitled La Volupté mythologique. Fassianos created theatrical sets for great classical and modern works and, simultaneously, his small theater of shadows and forms resulting from his own pictorial research which he presented at the Revue parlée (speak) du Center Georges-Pompidou in 1983.

He produces many bibliophile books which are, today, sought after by collectors.

France and Paris remain his second homeland where he regularly exhibits his new works.

In 1985 he received the distinction of Chevalier des Arts et des Lettres. In 2009 he became an honorary member of the Russian Academy of Fine Arts. In 2010, he received the decoration of Officer of Arts and Letters.

In 2013, he received the decoration of Officer of the Legion of Honor. In 2020, he was appointed Commander of Arts and Letters.

Alekos Fassianos enjoys great popularity in Greece, and some of his works are exhibited in public places: two large murals entitled The Myth of my neighborhood can be seen in Athens at the Metaxourgeio metro station. A sculpture can be seen in front of the Saint Irene Orthodox Church in Athens. A giant vertical mural can be seen in the lobby of the Electra Metropolis hotel in Athens.

From 1990 to 1995, Fassianos teamed up with the architect Kyriakos Krokos to remodel a building in downtown Athens from the 1970s. The objective was to transform this building into an exhibition space for his works and several independent living spaces. The Fassianos Museum is thus erected.

In 2013, on the occasion of the 150th anniversary of the Bernardaud house, a collaboration with Alekos Fassianos gave birth to a box of high-end porcelain plates.

His first name is also written with a “C” (Alecos).