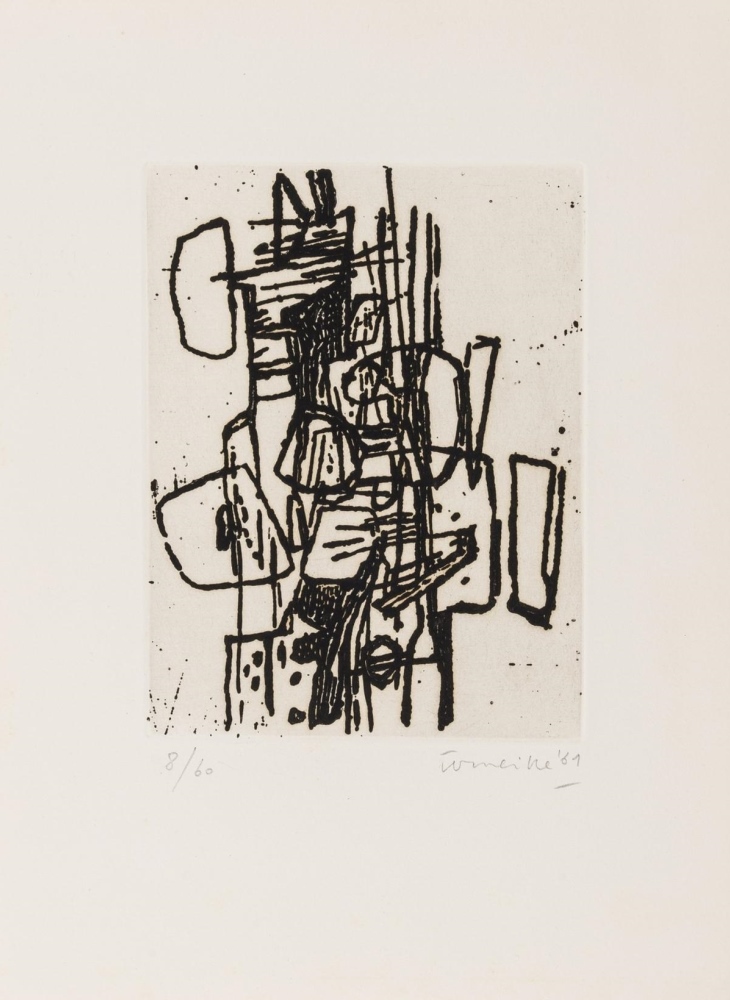 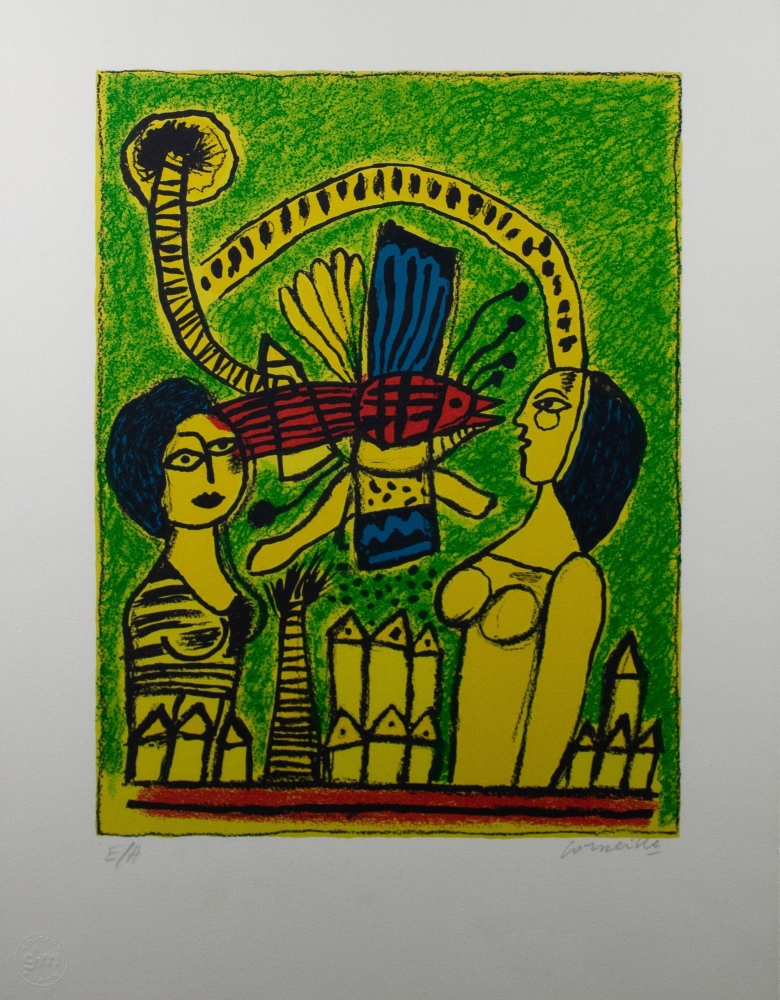 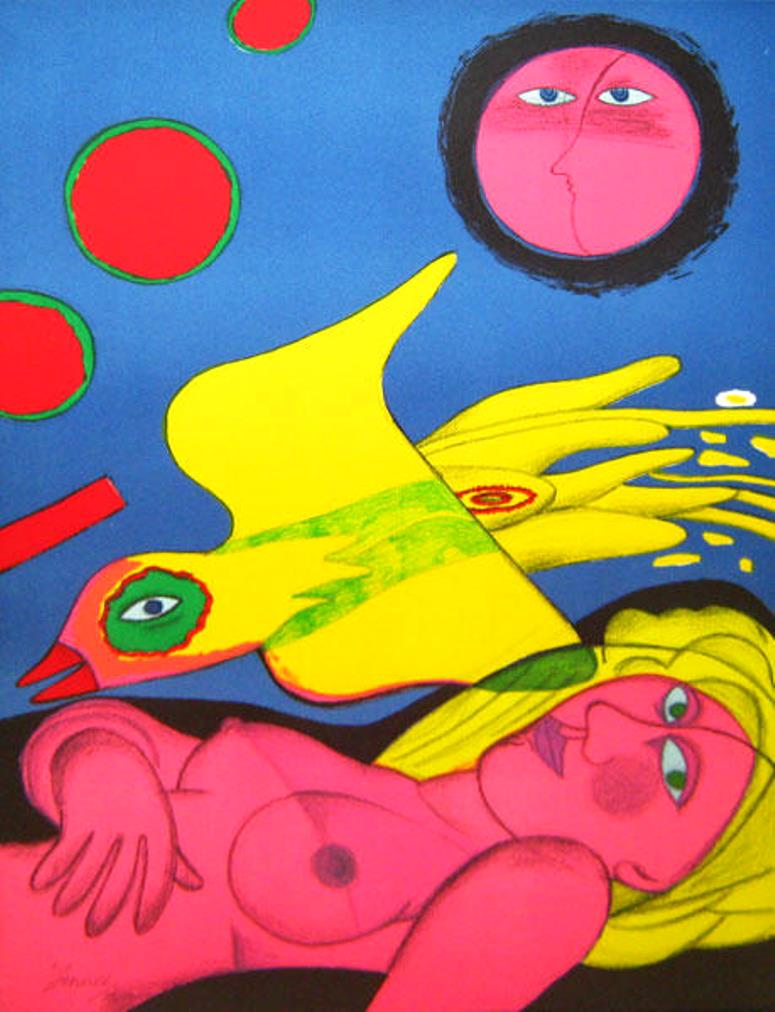 Lithography on wove paper by Corneille – Titled: Meeting of the moon and the sun, 1985 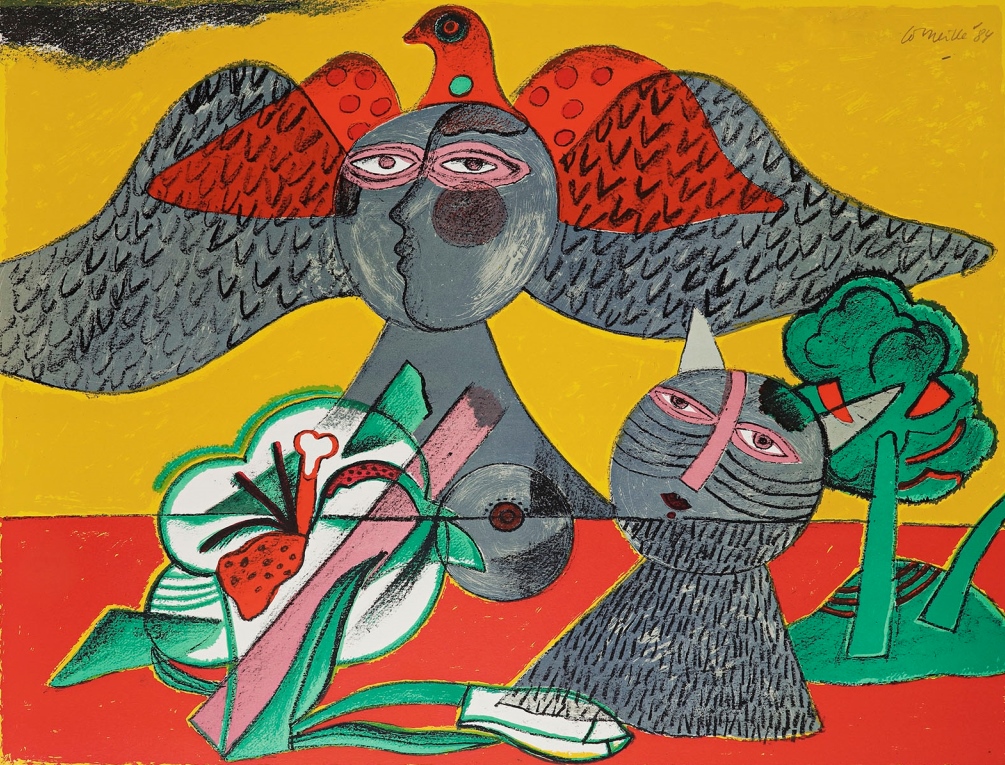 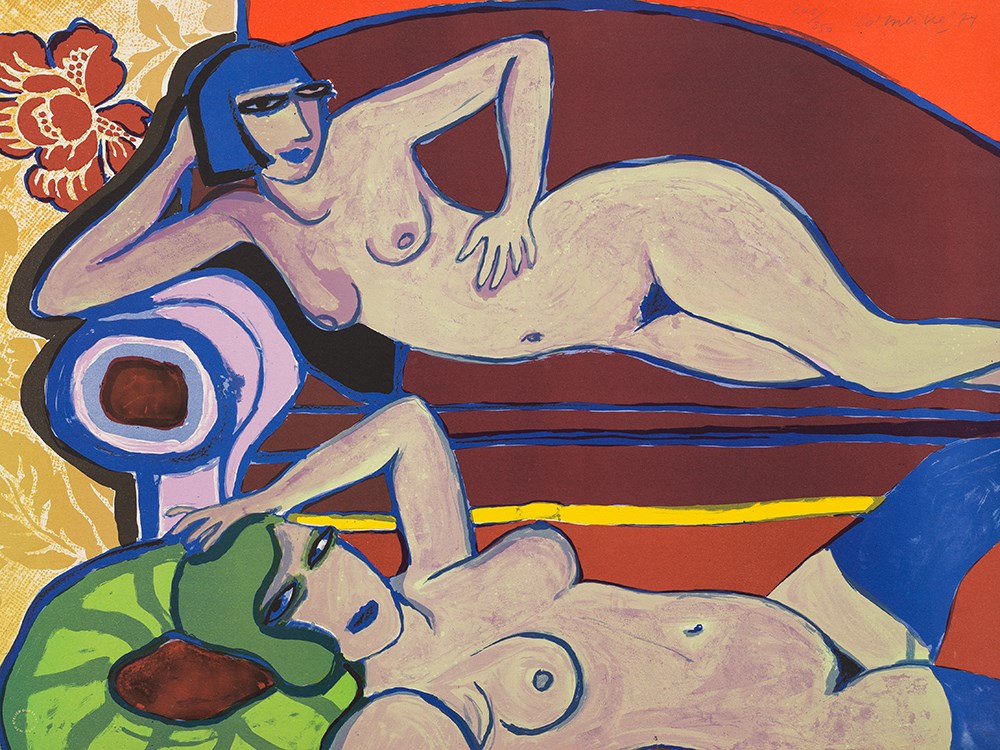 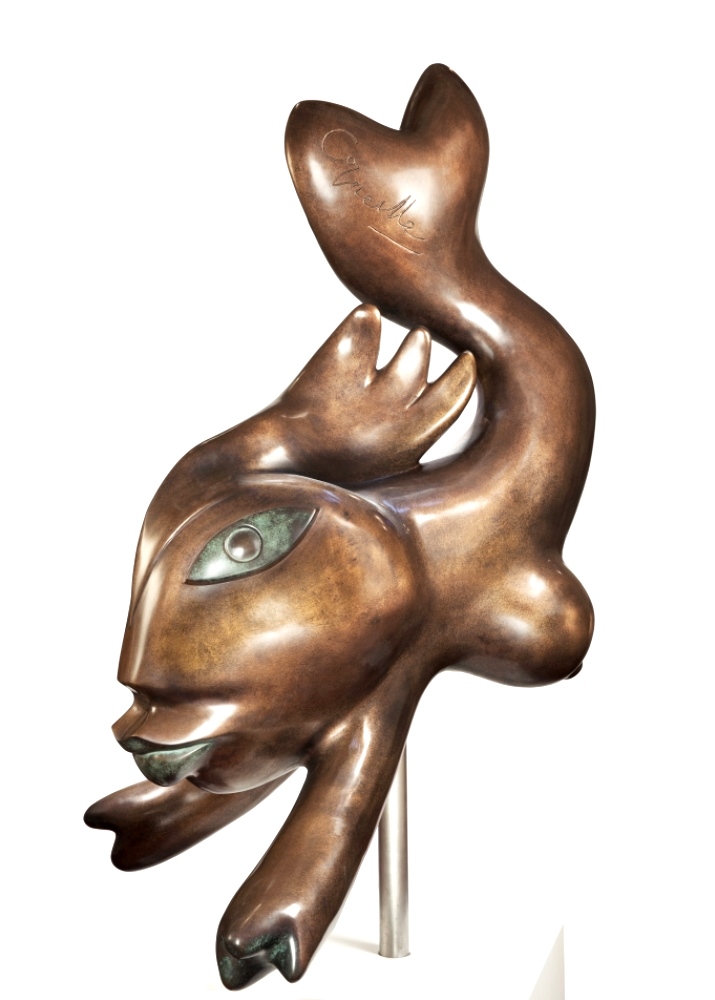 Guillaume Cornelis van Beverloo was born on 3 July 1922 and died on 5 September 2010; better known under his pseudonym Corneille, he was a Dutch artist. Corneille was born in Liege, Belgium, although his parents were Dutch and moved back to the Netherlands when he was 12.

He studied art at the Academy of Art in Amsterdam, in the Netherlands. He was one of the founders of the Reflex movement in 1948 and in the same year he was also one of the founders of the CoBrA movement, which has had great influence on Scandinavian, Dutch and Belgian modern art. He was active within the group from the beginning, not only with painting but also publishing poetry in the Cobra magazine. He was also a cofounder of the Experimentele Groep in Holland.

The poetic Corneille was strongly influenced by Miró and Klee. After the group dissolved in 1951 he moved to Paris and began collecting African art. These primitive artifacts became evident in his works, which began to take on a more imaginative style, like landscapes seen from a bird’s eye view, exotic birds and stylised forms. His work is in the collection of the Centre Georges Pompidou, and other mayor museums.

Until his death Corneille lived and worked in Paris, made visits to Israel where he worked with the Jaffa Atelier.

On 24 September 2003 an exhibition of his prints opened at the Ramat-Gan Museum of Art.