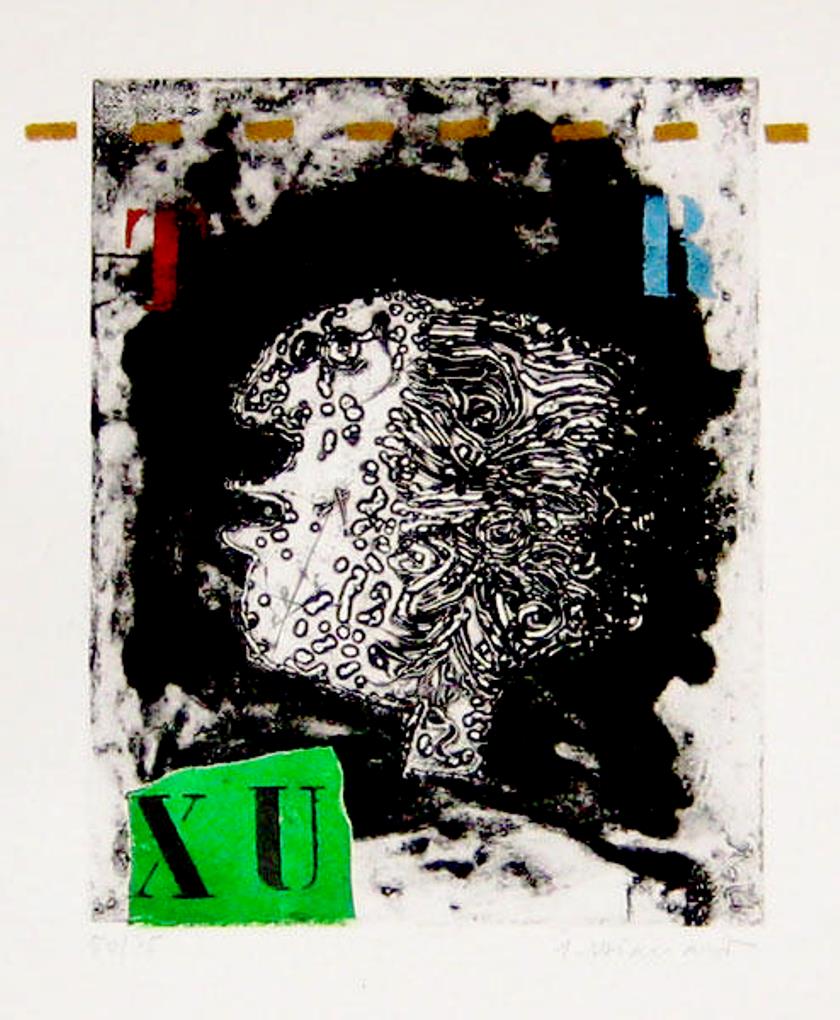 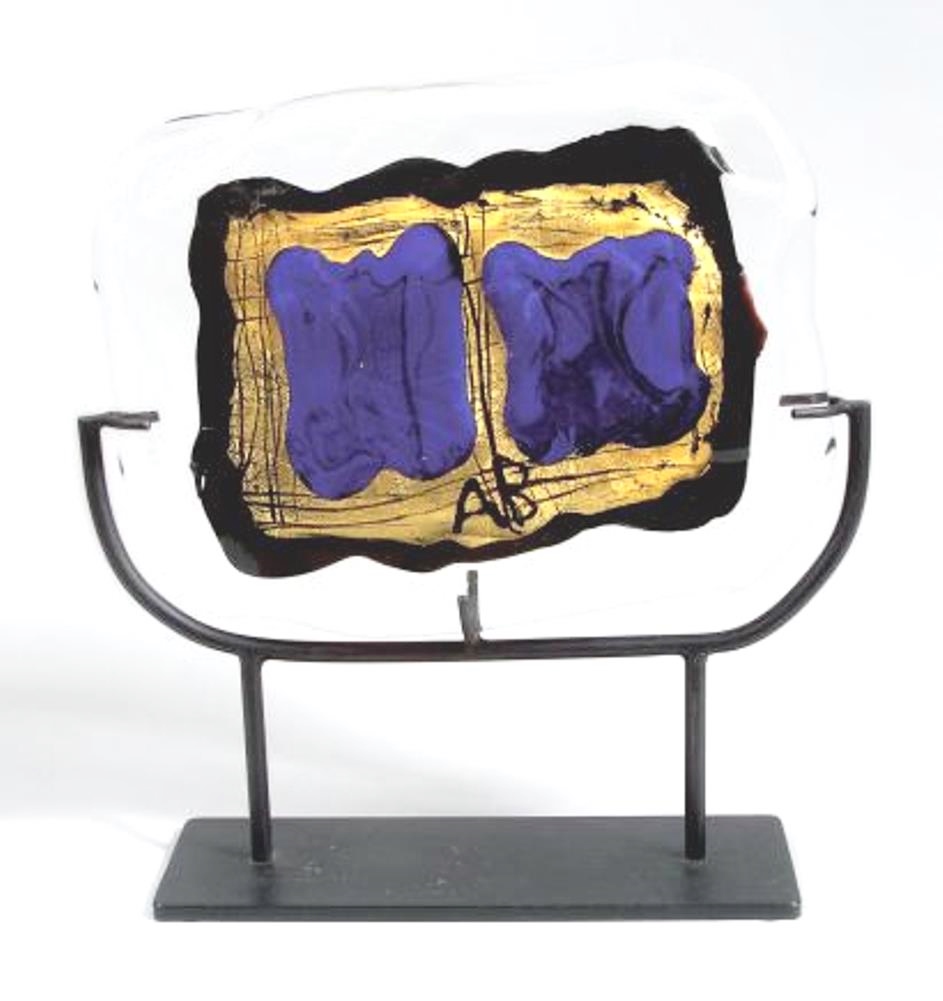 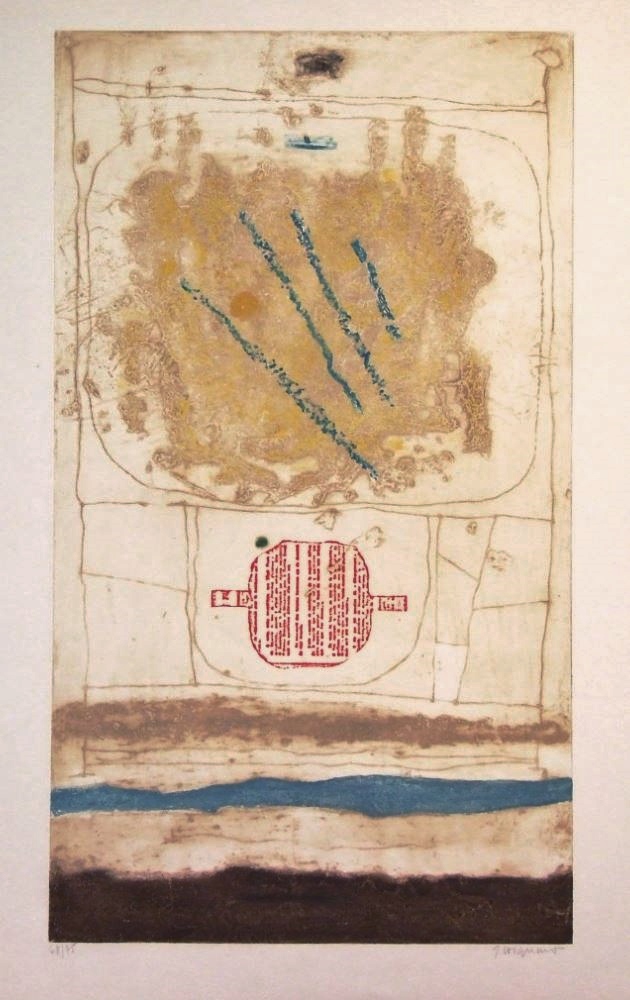 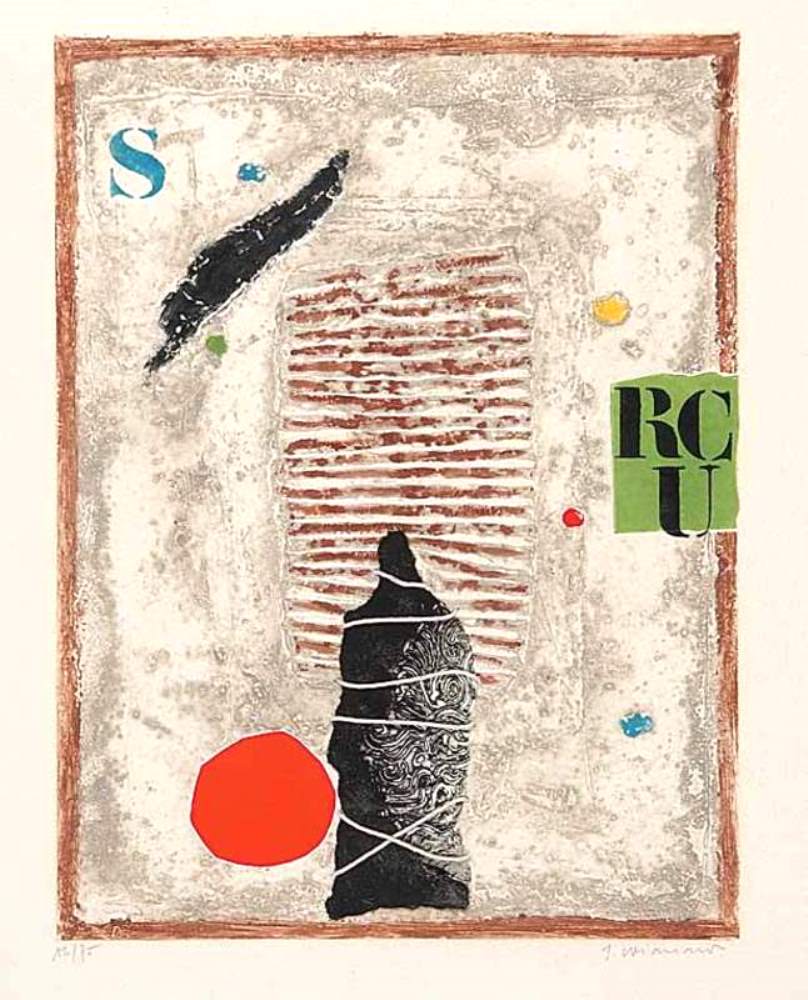 James Coignard, painter, ceramist, sculptor and etcher, was born in Tours in 1925.

At the age of 23 and after a brief career in the French administration, he discovers the landscapes of the French Riviera and decides to study at Arts décoratifs in Nice. Four years later, he quits his job at the administration to commit himself entirely to his artistic career.

The encounter with Paul Hervieu in 1950 is decisive. His collaboration with gallery Hervieu made him known in artistic circles, nationally and internationally and then particularly in Scandinavia.

At the beginning of his career, art critics label James Coignard as a member of École de Paris. Soon, his painting and ceramic distances themselves from those of his colleagues and he goes it alone. At the beginning of the sixties, he starts to work with glass but the technical turning point occurs in 1968 when his friend Henri Goetz discovers a new etching technique, using carborundum. Etching then becomes central in his work. At the same time, his career takes off internationally.

He travels a lot, especially to Sweden and USA where he lives during a few years. 1978, James Coignard participates in the creation of the etching studio Pasnic, with which he starts a long collaboration. During the eighties, he shares his time between Paris and the French Riviera and takes an interest in artist’s books and publishing issues. He exhibits now all over the world, and is acknowledged as one of the greatest painter-etchers of his time. Until his decease in 2008, James Coignard was a prolific painter, sculptor and etcher and leaves behind an immense work.