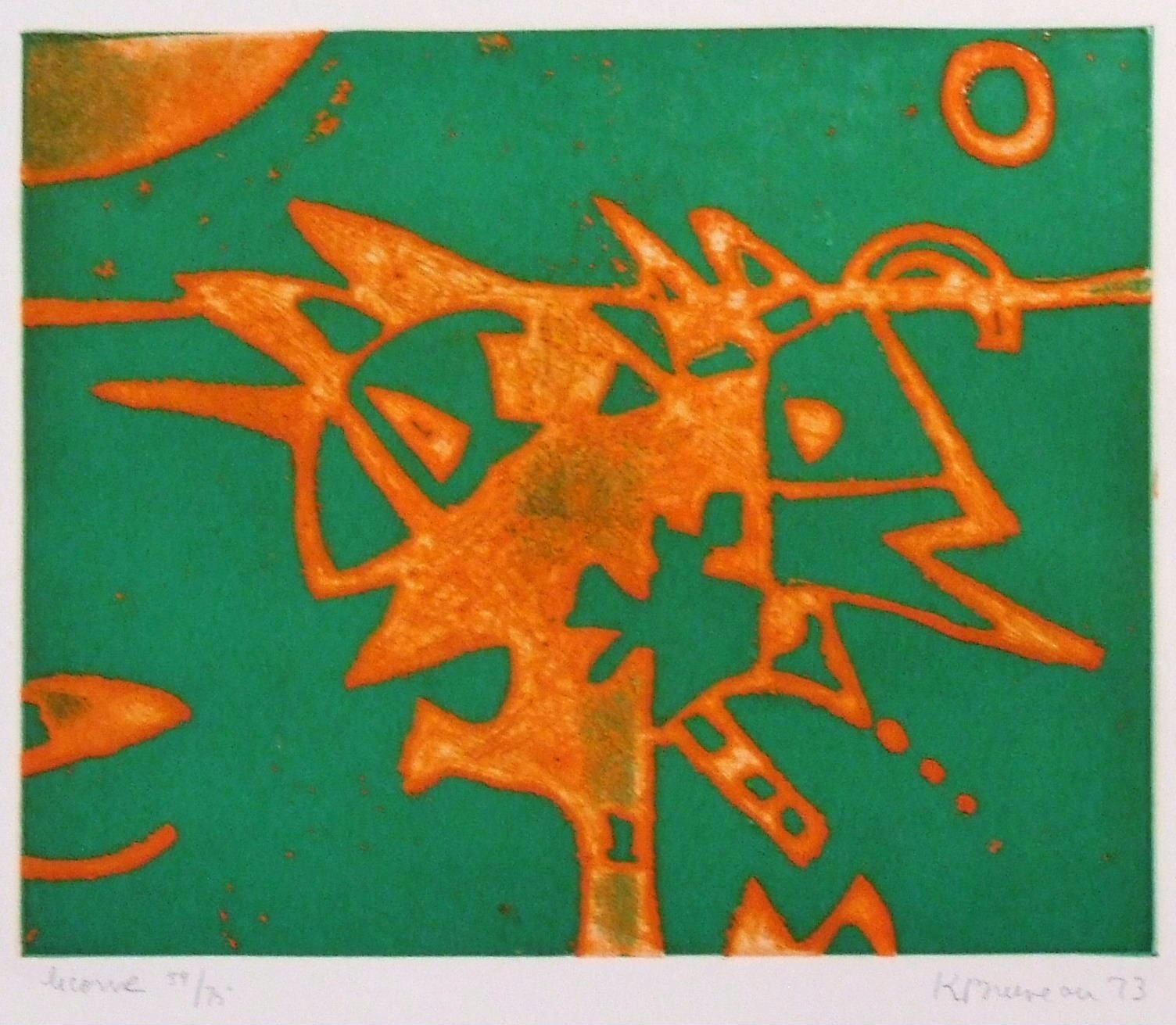 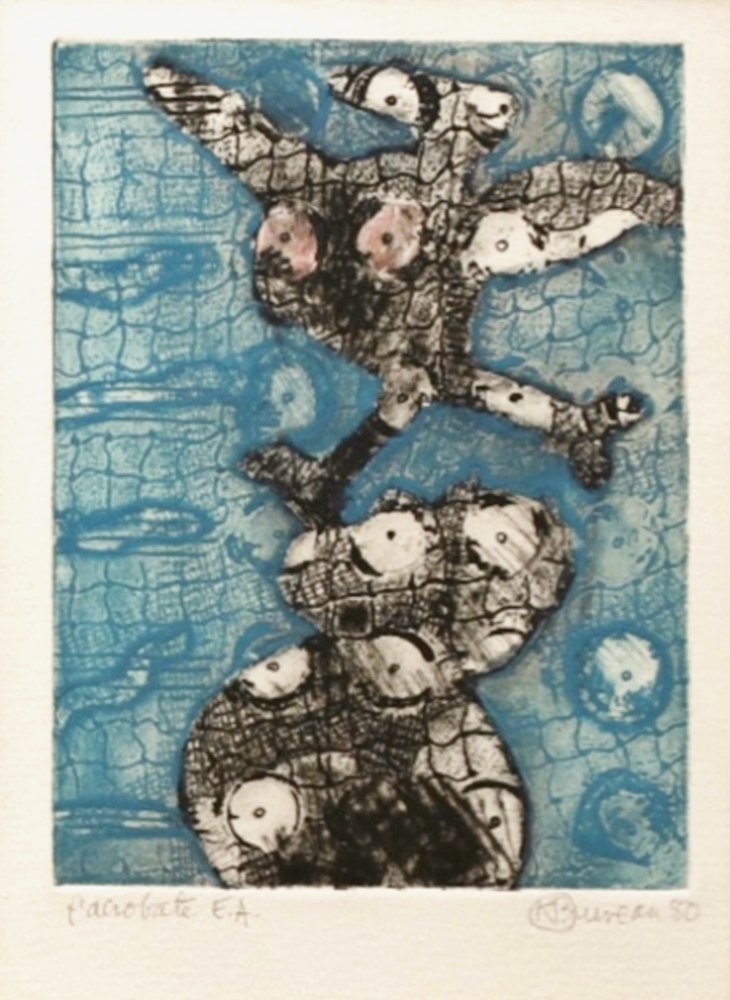 Aquatint and eau-forte on wove paper by Kittie Bruneau Titled: The acrobat,1980 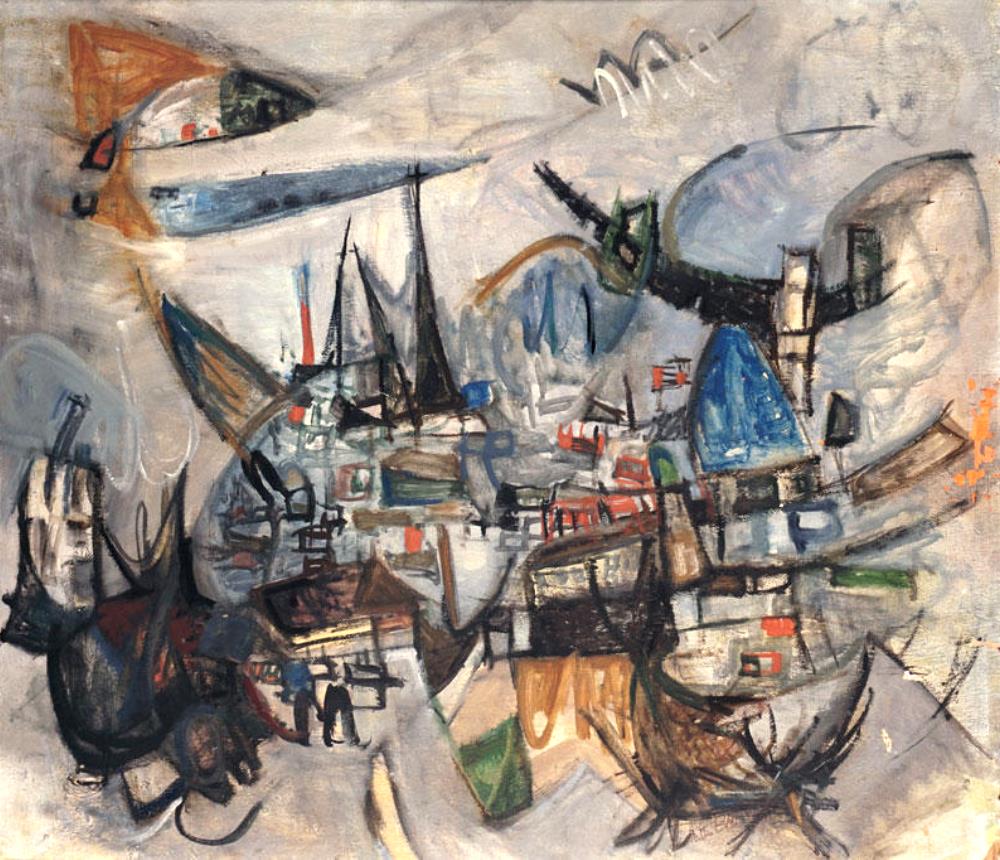 Oil on panel by Kittie Bruneau – Untitled circa 1965