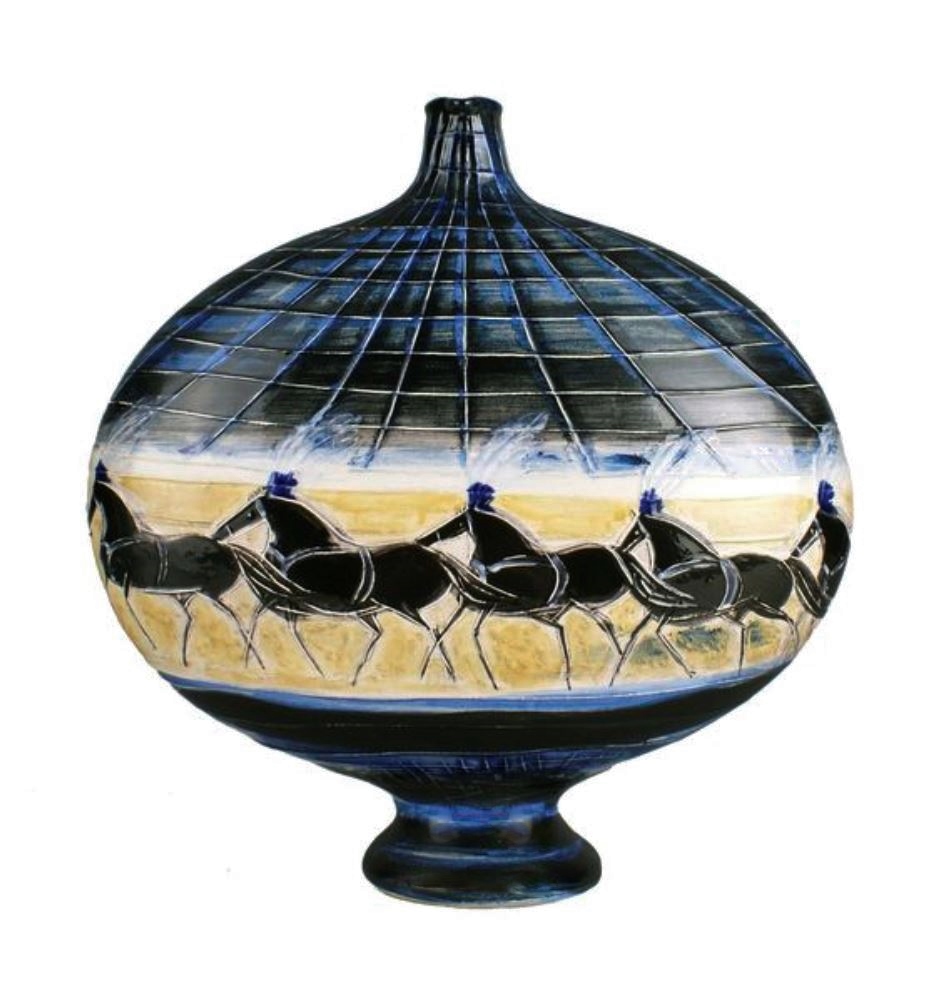 Lithography on wove paper by André Brasilier – Titled: Hunters and their pack at sunset

Andre Brasilier was born in Saumur, France in 1929; the son of two painters. His father Jacques Brasilier is a Symbolist painter, close to the Nabis.

In 1949, he began his formal artistic education at the Ecole Nationale des Beaux-Arts in Paris where he studied under Maurice Briancon.

In 1952 he was awarded a Prix Florence-Blumenthal and in 1953, he was awarded a Grand Prix de Rome. Following his trip to Rome he spent three years living at the Villa di Medici sponsored by the French Academy.

Seeking harmony between plastic construction and emotion, drawing inspiration from life, he defined himself as a “transfigurative” painter: according to him, painting is above all a transfiguration of reality and non-realism.

Andre Brasilier’s dreamy, surreal canvases have appealed to international audiences for decades. Drawing from modern European art movements and Japanese prints, Brasilier has achieved his own widely-appealing unique style. Often inspired by music, Brasilier uses color to create a harmony on the canvas. The surreal landscapes evoke a peaceful, dreamy place far away from the trivial problems of everyday life.

When he returned to Paris, he exhibited in major group shows throughout the 1950’s and 60’s. He also had several independent exhibitions at notable galleries in France and at David B. Findlay Gallery in New York. Brasilier continues to have a very successful artistic career with active collectors in America, Europa and Japan. When asked why his work is particularly appealing to a Japanese audience Brasilier noted his preference for simplicity and his attention to composition.