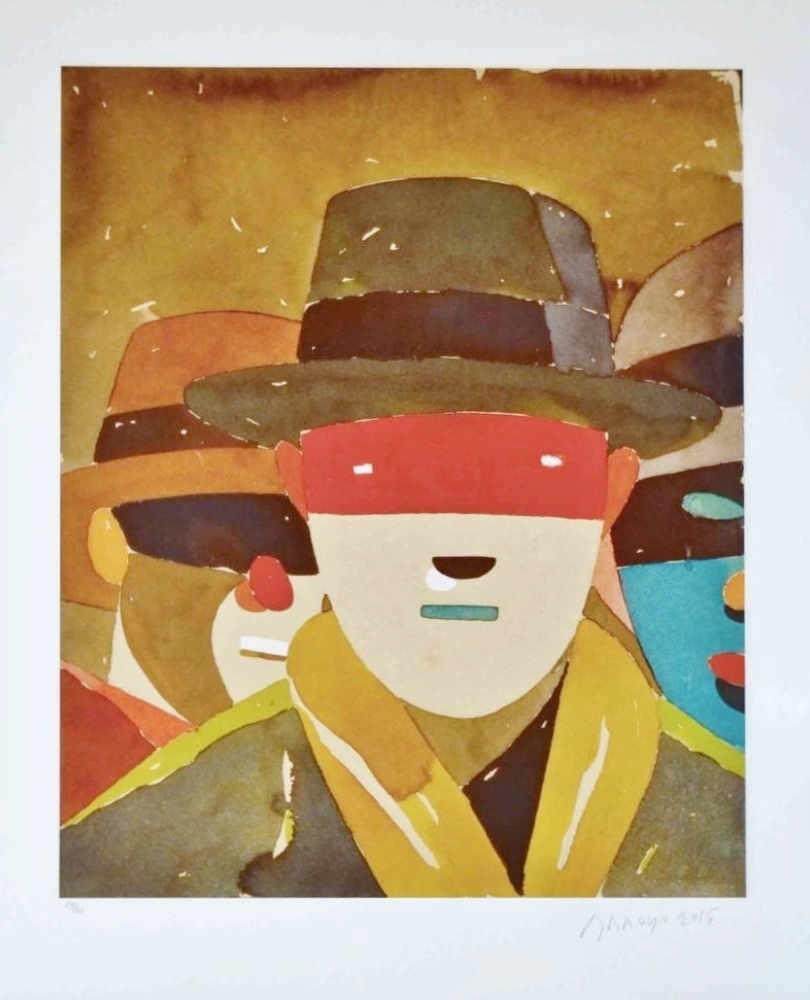 Lithography on paper by Eduardo Arroyo Titled: The scene, 2015 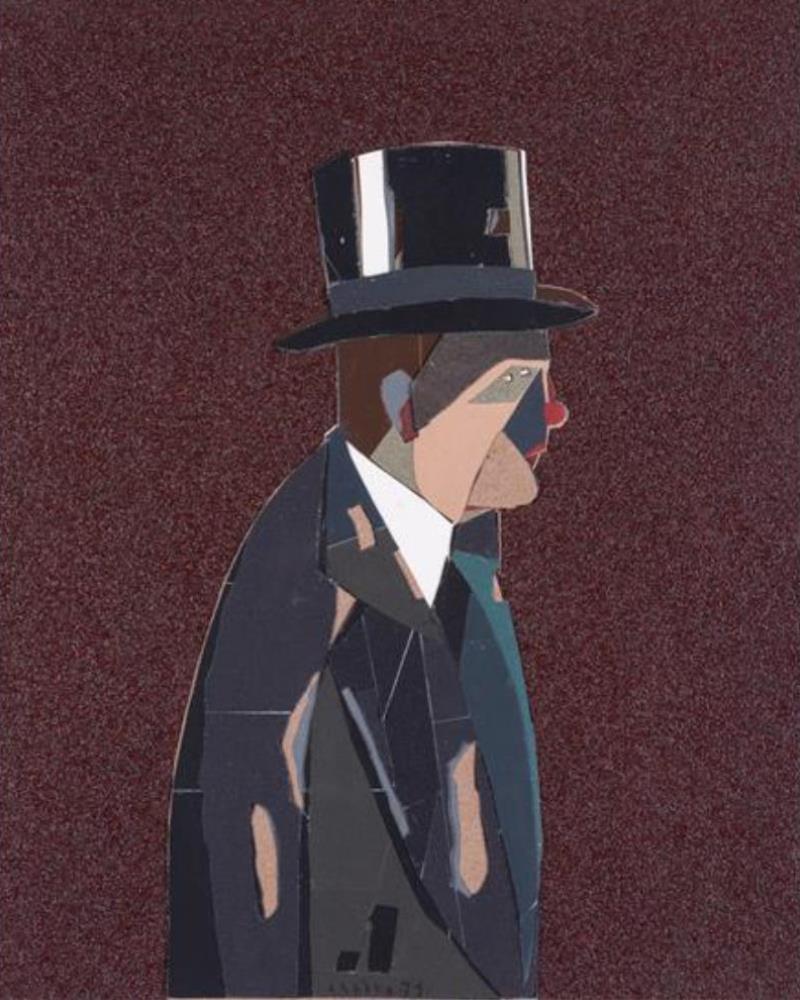 Collage on chipboard by Eduardo Arroyo Titled: The Chimney Sweeper, 1979 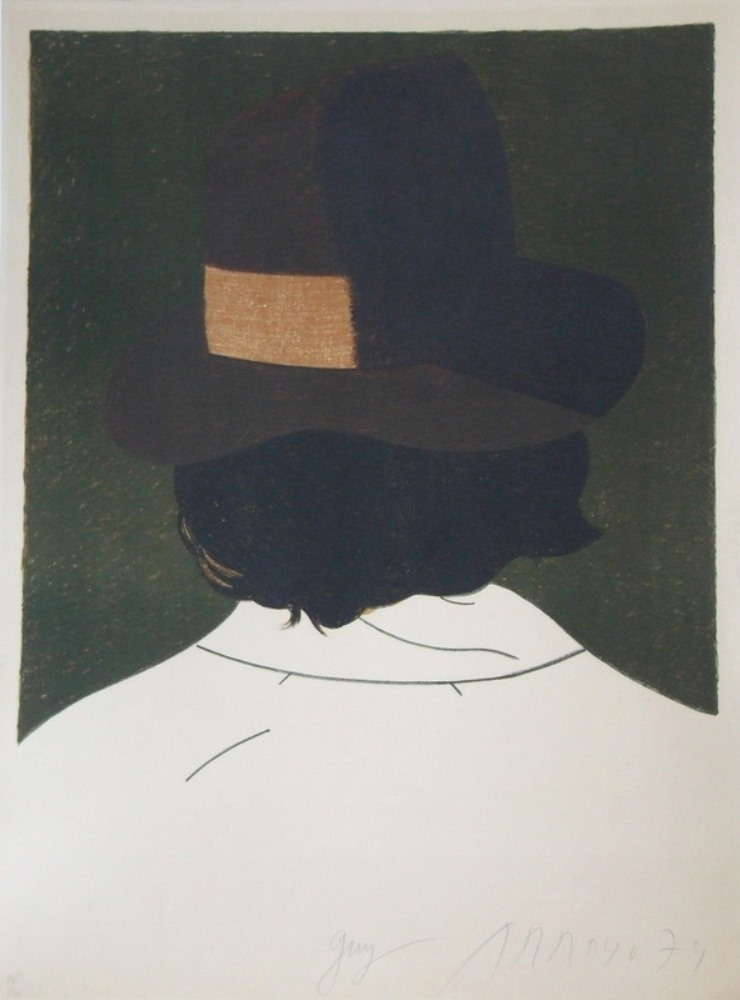 Eduardo Arroyo, was born on February 26, 1937 in Madrid and died on October 14, 2018 in the same city. He is a painter, engraver, lithographer, sculptor and Spanish theater designer.

The Spanish painter is today regarded as one of the most important exponents of politically committed realism. He occupied a special position in the Paris of the 1950s, where at that time, abstract and not representational narrative painting prevailed.

His paintings deal with exile, political assassinations, complicities enjoyed by the Franco regime, Spanish ads that mask the fascist reality of Spain and American bases that support the impunity of Franco.

In 1958, he graduated from the Madrid School of Journalism and moved to Paris where he began painting.

The young Eduardo is very interested in the power of the image. A committed and critical artist, he tends to demystify art with a pictorial “discourse” that makes him an inspiration for narrative figuration.

In 1961, he mounted his first solo exhibition and in 1963, he participated in the biennale of Paris in the collective exhibition “Abattoir”. He presented a montage of paintings and sculptures in a plea against totalitarianism and all forms of physical and ideological repression.

The painter also likes to make fun of contemporary painters like Marcel Duchamp, Salvador Dalí and Miró (The burial of Marcel Duchamp in 1966 Live and let die or the tragic end of Marcel Duchamp, The Woman of the minor Perez-Martinez Constantina razed by the police in 1967, and copy-load of a Portrait of a Miró dancer).

He also desecrates political personalities by painting them in a more or less disrespectful tone like Napoleon Bonaparte (Six lettuces, a knife and three peelings in 1965, The Soucis of Spain in 1965) and (Winston Churchill in 1970). He also produces paintings of large format like historical paintings (Portrait of Walter Benjamin in 1998) or (The day Richard Lindner died). If he detests the hagiographies of the great heroes of history, he also hates the neutrality that hides the most scandalous compromises, cowardice and the most formidable incompetence.

Happy as Ulysses painted in 1976 echoes the theme of exile, a recurring subject in the works of the painter. The painter is also known for his series of self-portraits in Robinson Crusoe.

In 1977 two years after Franco’s death, Arroyo retrieves his passport which was confiscated by the Spanish authorities, and can then return home.

In those Robinson Crusoe series, the paintings start showing the disillusionment of the Spaniards returning to their country after the dictatorship of Franco.

In his auto portrait, in an ironic fashion, the painter dressed in animal skins, wearing tied rags, wearing a “Tyrolean” hat with feathers. He sits in an armchair sort of throbbing throne of an exotic painter-king. This piece of furniture entirely occupies a tiny island. The painter shows himself focusing all his attention on a small marine executed in a palette of travel.

For the series ‘Tout la ville talks about it’ in the 1980s, Arroyo was inspired by John Ford’s film All the City Talks about it (1935). The artist illuminates the scene of the crime with a masterly efficiency, a scene including both living and dead, the witnesses hidden in the shadows as well as the murderer escaping.

In this series is included The Black Cat (1982) and Carmen Amaya fried sardines at Waldorf Astoria (1988). (Carmen Amaya is a flamenco dancer). For this series, he is inspired by the world of movie posters, neon lights and stars.

The painter loves boxing (he has written a biography of the boxer Panama Al Brown) and loves the codes in that sport. He makes the attack a defense and aggression a morality.

He collects works of art related to the theme of boxing and one finds in his collection the names of artists like Paul Rebeyrolle, Jean Cocteau or Jean-Francis Laglenne.

His stage design began with filmmaker Klaus Michael Grüber, and he had one of his greatest hits in 1982, with “Life is a dream” by Calderón de la Barca, directed by José Luis Gómez.

In 1999, with Grüber, he played Wagner’s opera Tristan and Isolde at the Salzburg Festival.

He has also produced sculptures and illustrated books.

In 2000, he received the Gold Medal of Merit in Fine Arts by the Ministry of Education, Culture and Sports.

In 2009, he published his memoirs under the title Minuta para un testamento (“Note for a Will”).