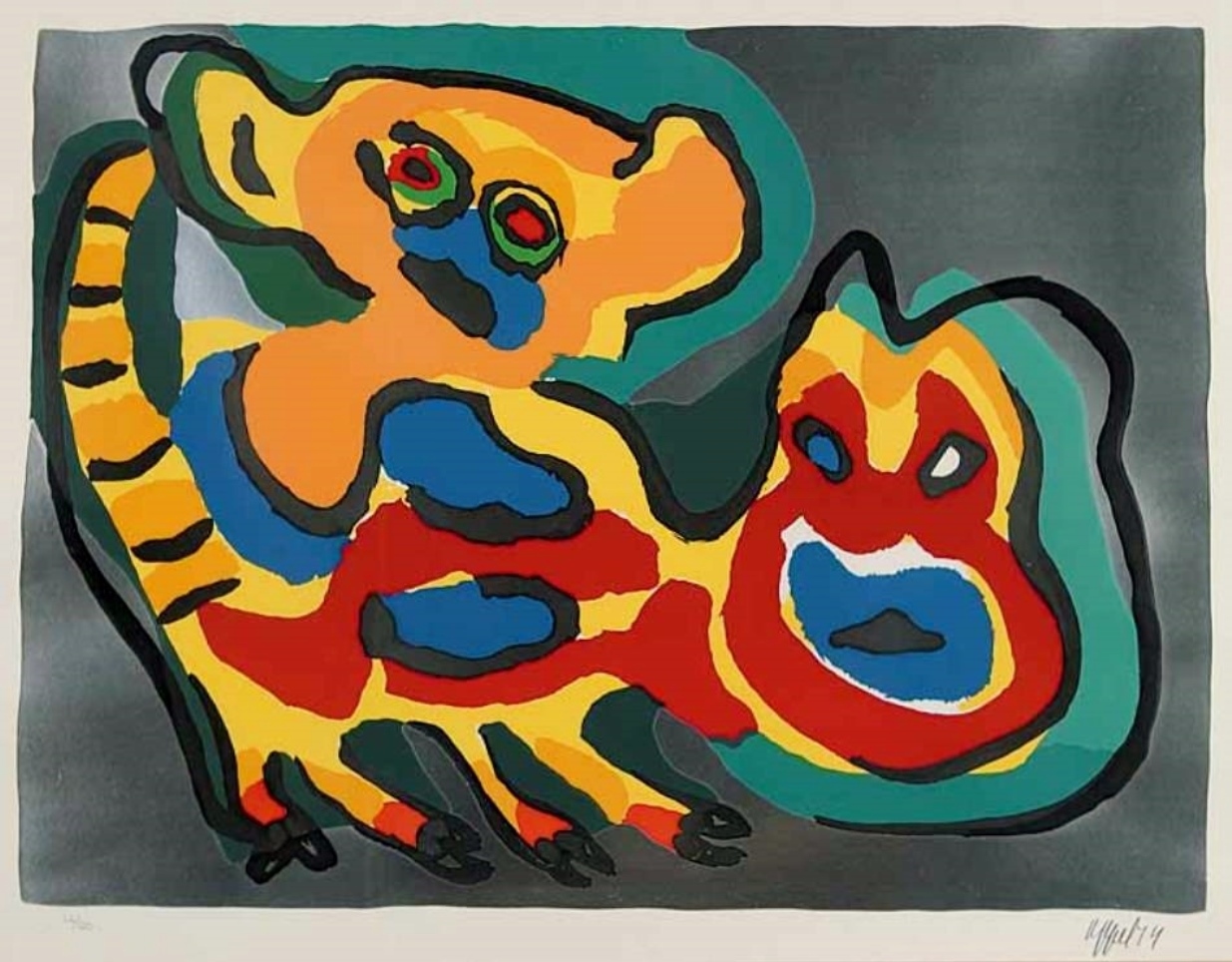 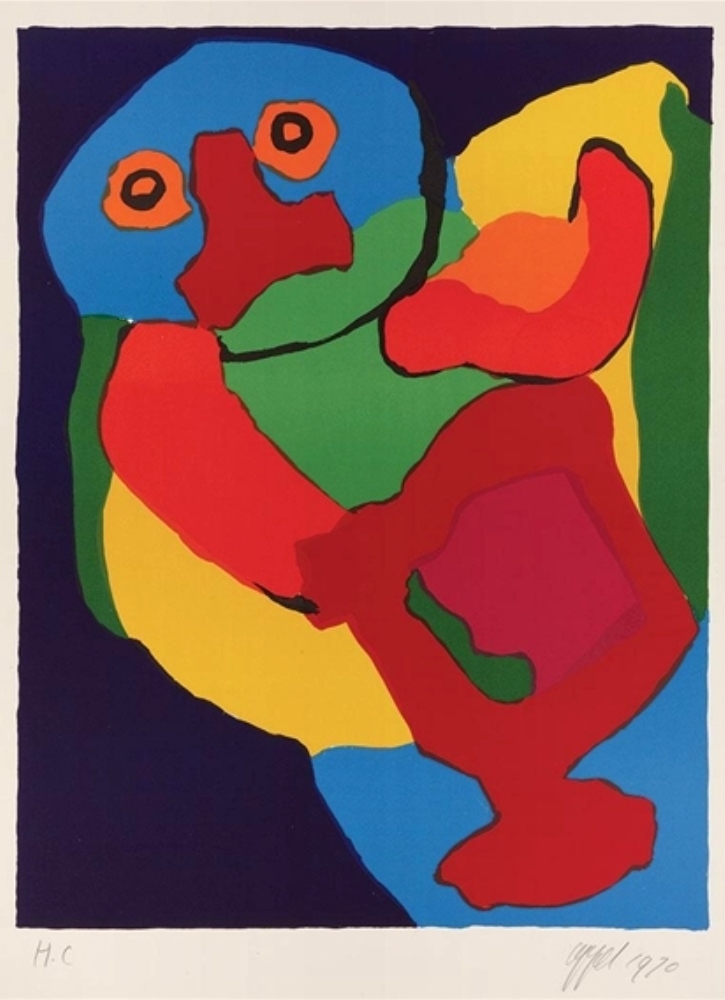 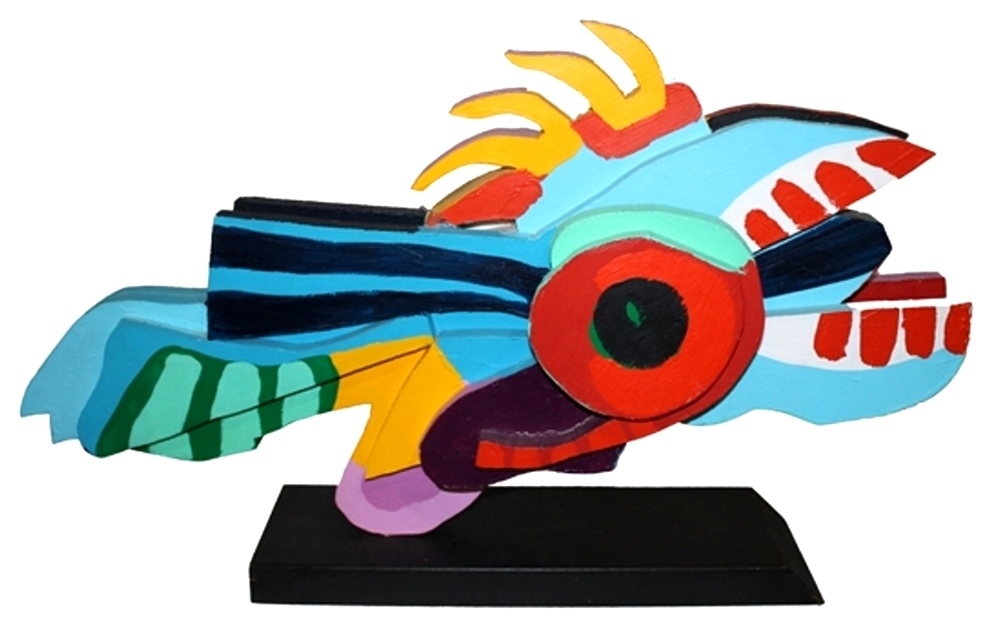 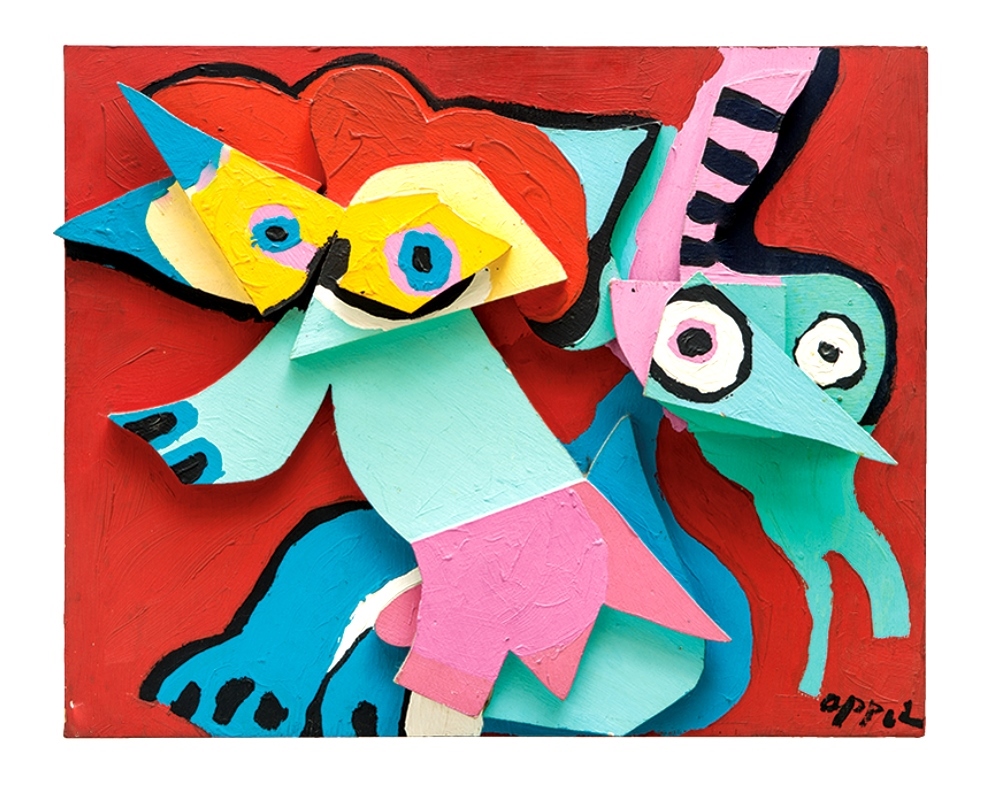 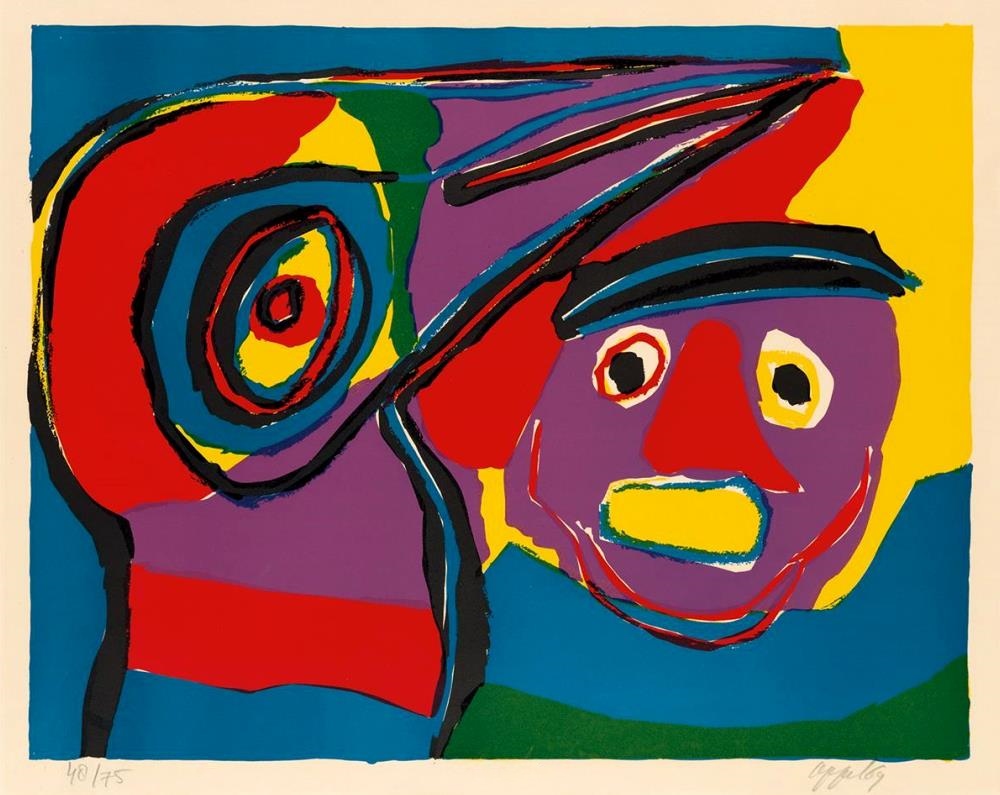 Lithography on Arches paper by Karel Appel – Titled: The sailor and the bird,1969

The painter and sculptor Karel Appel is born on April 25, 1921 in Amsterdam and died on May 3, 2006 in Zurich; He is co-founder of the CoBrA group, known for its vibrant, semi-abstract expressionistic works and contributes to the introduction of a new form of expressive painting in Europe.

He studied at the Royal Academy of Fine Arts in the early 1940. He is attracted by the primitive style, animated by Jean Dubuffet after years of repression and isolation during World War II in Amsterdam.

In 1948, he co-founded the CoBrA, acronym for the art movement made up of the towns of origin of the artists, that is to say, Copenhagen, Brussels and Amsterdam, with colleagues artists Guillaume Cornelis van Beverloo (Corneille), Constant Nieuwenhuys, Asger Jorn, Jan Nieuwenhuys, Christian Dotremont, and Joseph Noiret, advocating expressive painting techniques and spontaneous inspired by folk art and primitive imagery.

He created attraction to the CoBrA movement that brought together other artists such as Pierre Alechinsky, Anton Rooskens, Theo Wolvecamp, Jan Cox, Serge Vandercam, Carl-Henning Pedersen and Eugène Brands just to mention a few.

Referring to Van Gogh and the expressionist figuration, Appel advocates gestural expression, primitive and childlike, with an accentuated and often provocative chromaticism. He also draws his influences from Pablo Picasso and Henri Matisse.

The artworks by Karel Appel receive both, broad critical acclaim and adverse criticism. At the request of the municipality of Amsterdam, he painted a fresco depicting children who smile so ironically that the workers are asking to cover it.

He began to exhibit in 1946. His first exhibition took place in Groningen, the Netherlands.

In 1950, he settled in Paris and developed an international reputation by traveling to Mexico, the United States, Yugoslavia and Brazil.

He received the UNESCO prize at the Venice Biennale in 1954 and the first prize at a Guggenheim exhibition in 1960.

He continues to receive criticism of recognition for his ironic imagery, bold strokes of his brushes and energetic colors.

Followed by successful exhibitions in 1968 at the Center d’art contemporain in Paris, at the Centraal Museum (retrospective), Utrecht, the Netherlands (1970), the Musée d’art contemporain de Montréal (1972), the New York Cultural Center (1973), the Wildenstein Gallery (London), the Fuji Television Gallery (Tokyo) 1975, the Museo de Arte Moderno (retrospective), Mexico City (1977), the Art Museum of the National Museum of Art At the Hiroshima City Museum of Contemporary Art (1989), the Fundacion Juan Miró, Barcelona (1990), the National Museum of Comtemporary Art, Seoul (1994), the Lelong Gallery, At the Cobra Museum, Amstelveen (2005).