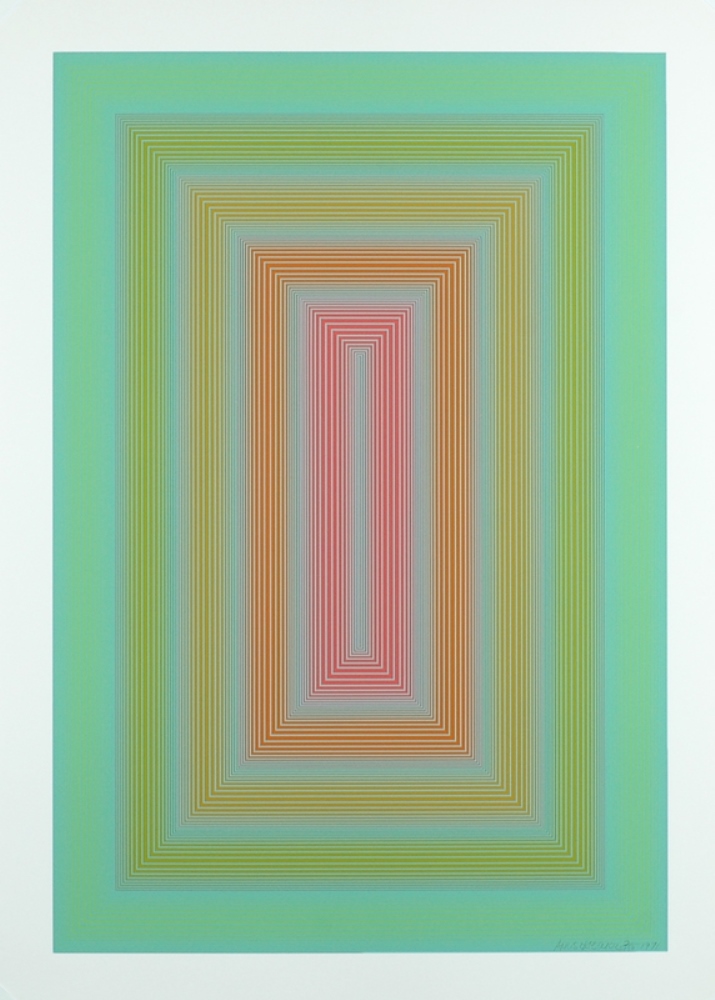 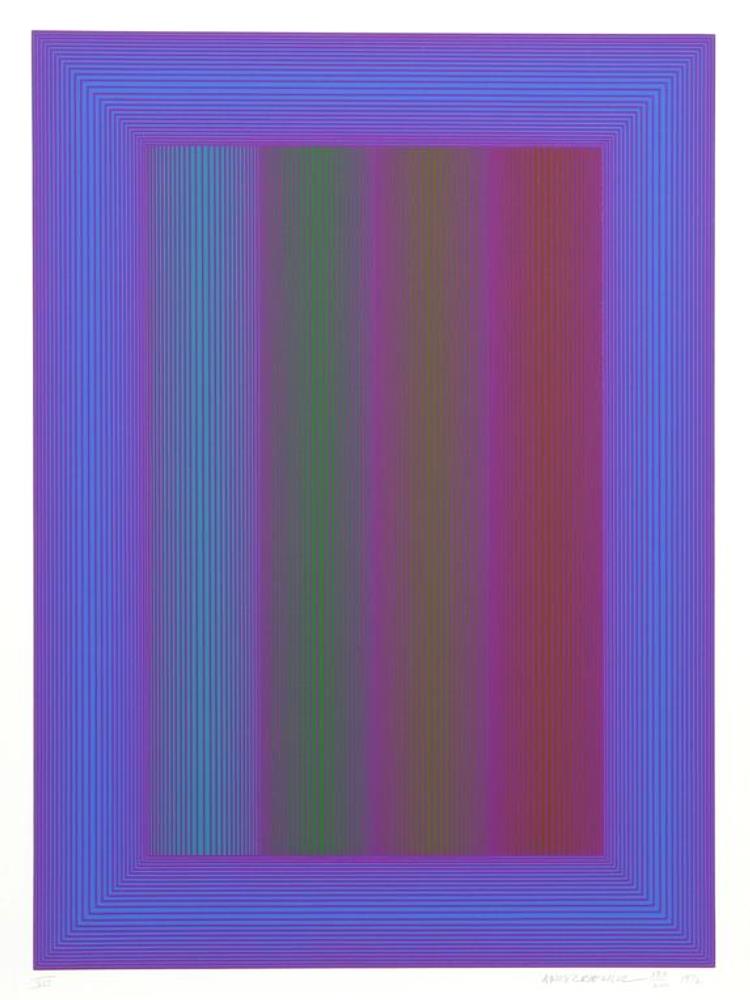 Richard Anuszkiewicz is born on May 23, 1930, Erie, Pennsylvania; he is an American painter, printmaker, and sculptor.

Richard Anuszkiewicz trained at the Cleveland Institute of Art in Cleveland, Ohio , from 1948 till 1953 and then with Josef Albers at the Yale University School of Art and Architecture in New Haven, Connecticut from 1953 till 1955, where he earned his Masters of Fine Arts.

He was one of the founders and foremost exponents of Op Art, a movement during the late 1960s and early 1970s. Victor Vasarely in France and Bridget Riley in England were his primary international counterparts.

In 1964, Life magazine called him “one of the new wizards of Op”. More recently, while reflecting on a New York City gallery show of Anuszkiewicz’s from 2000, the New York Times art critic Holland Cotter described Anuszkiewicz’s paintings by stating,

“The drama and that feels like the right word  is in the subtle chemistry of complementary colors, which makes the geometry glow as if light were leaking out from behind it.”

Considered a major force in the Op Art movement, Anuszkiewicz is concerned with the optical changes that occur when different high-intensity colors are applied to the same geometric configurations. Most of his work comprises visual investigations of formal structural and color effects, many of them nested square forms similar to the work of his mentor Josef Albers. In his series, “Homage to the Square,” Albers experimented with juxtapositions of color, and Anuszkiewicz developed these concepts further. Anuszkiewicz has continued to produce works in the Op Art style over the last few decades.

Anuszkiewicz summarizes his approach to painting as follows: “My work is of an experimental nature and has centered on an investigation into the effects of complementary colors of full intensity when juxtaposed and the optical changes that occur as a result, and a study of the dynamic effect of the whole under changing conditions of light, and the effect of light on color.”; a statement by the artist for and while the exhibition of “Americans 1963” at the Museum of the Modern Art.

Anuszkiewicz has exhibited at the Venice Biennale, Florence Biennale and Documenta, and his works are in permanent collections internationally. He was elected into the National Academy of Design in 1992 as an Associate member, and became a full member in 1994.